CASH IS OUT THE BAG Former protectors and drivers to the Transnet executives and erstwhile minister Malusi Gigaba spilled the beans about their former bosses’ dealings with the Gupta family.
Image: AFP/Phill Magakoe

Bags of cash, frequent visits to the Gupta house and clandestine meetings involving Transnet bosses and a former cabinet member.

These are just some of the claims that emerged at the state capture commission on Thursday as former protectors and drivers to the Transnet executives and erstwhile minister Malusi Gigaba spilled the beans about their former bosses’ dealings of  with the Gupta family.

The executives were named as former Transnet chief executives who succeeded each other – Brian Molefe and Siyabonga Gama – as well as ex-CFOs Anoj Singh and Garry Pita.

According to three protectors, who testified back to back on Thursday, all five frequented the Gupta residence in Saxonwold, where they would collect bags with stacks of cash.

The protectors, fearing for their lives, applied to give their testimonies to the state capture commission without revealing their identities. They were only known as Witness 1, Witness 2 and Witness 3.

According to the protector, Gama also visited the Gupta residence and, on one occasion, emerged with a suitcase full of cash.

One of Molefe’s bodyguards told the commission how he would drive his boss to the Gupta residence, where he would come out with a backpack bag.

It was the same bag, he said, in which he found hidden stacks of cash. He made the discovery when Molefe, who had been attending a meeting, sent him to his office at the Transnet offices in Carlton Centre to fetch his cellphone.

“I was surprised to see the bag with bundles of R200 notes,” Witness 1 told the commission.

At this point, he testified, he called Molefe’s PA to show her the money. He asked her to look after the bag because if the money went missing, the two of them would be the prime suspects.

Later, after Molefe had come out of the meeting, Witness 1 said he confronted him about the cash and pointed out it was a security risk to the two of them to have such large sums of cash.

“Mr Molefe was visibly upset with my say. He said it is none of my business what is in his bag,” he said. 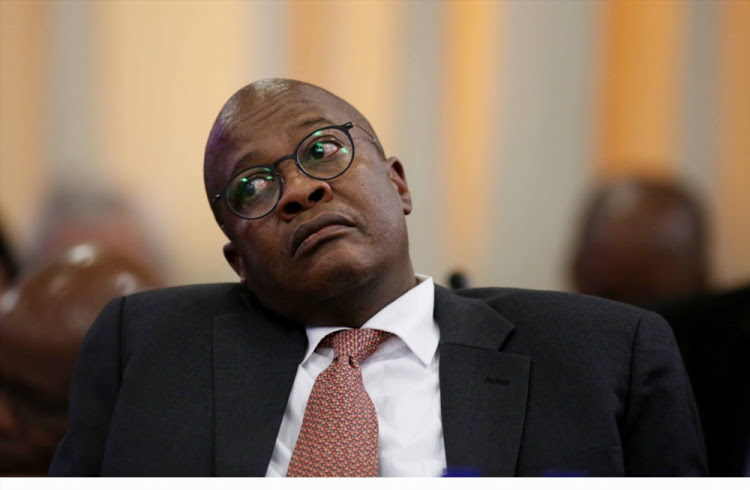 According to the protector, Gama also visited the Gupta residence and, on one occasion, emerged with a suitcase full of cash.

Furthermore, he had ferried Gama to African Pride Hotel in Melrose Arch, where the bodyguard would be instructed to meet up with Gupta associate Salim Essa to collect plastic bags that contained cash.

After the collection of the suitcase from the Gupta residence, he drove Gama to the Maslow Hotel in Johannesburg and dropped him at the entrance.

Former Transnet head of engineering Thamsanqa Jiyane walked in and Gama’s bodyguard followed him, at which point he spotted the two seated at the hotel bar. Gama called the bodyguard over, and Jiyane handed over his car keys and an instruction was issued.

“I went to the Range Rover [Gama’s vehicle] and took the suitcase to Mr Jiyane’s vehicle, which was parked closer to the entrance, it was a white Mercedes GL class. I opened it up and inside the suitcase there were stacked bundles of cash. The top layer contained R50 notes and R100 notes,” he said.

“The bag was filled.”

The last protector to give testimony had served Gigaba, Singh and Pita.

He told the commission he once witnessed Gigaba taking out cash from the boot of his official car to give to his protectors to buy lunch.

Moreover, he had also witnessed Gigaba paying for his tailored suits in hard cash.

“On one occasion at the Gupta residence, I saw Brian Molefe, Matshela Koko and Ben Ngubane within the premises as well,” he said.

“On one occasion the president of the republic, Mr Jacob Zuma, left the premises as we arrived.

“One day I was with the minister [Gigaba] when he opened the boot to take out money to buy us lunch. Inside the boot there was a sportsbag he opened, and there was a stack of R200 notes,” Witness 3 said.

With Singh and Pita, this protector testified how, after every time he had driven them to the Gupta residence, they would head straight to Knox Vault in Johannesburg with bags full and come out with the same bags folded in their hands.

Pita, said the protector, had frequently met Essa at a restaurant and held “long meetings”.

The three protectors told the commission of how they lived in fear after receiving death threats for giving evidence to the commission.

Commission chairperson Raymond Zondo assured them their safety was paramount and the commission would do everything in its power to protect them.

SA, your patience will soon be rewarded with ...

Nerves of steal: Zupta doccie is a must-watch ...

Cyril is too busy consulting to address the nation yet