As if climate change and land-clearing aren’t enough, baobabs are now facing culinary and cosmetic menaces 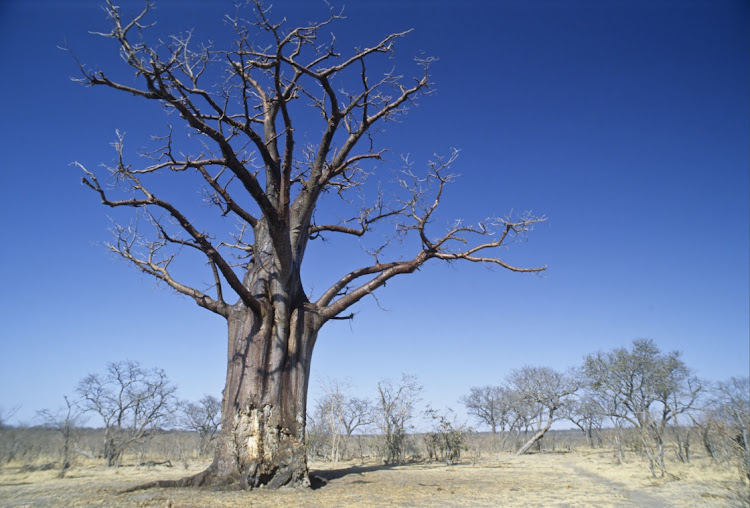 For now Often described as being 'upside down', baobabs provide food, shelter and medicine.
Image: 123RF.COM

When you see British cuisine queen Nigella Lawson sprinkling something on her breakfast in a picture on Instagram, you know that “something” is becoming super-trendy in the world of foodies.

Most recently, it was baobab powder that Lawson was raving about, but in many countries in Africa, the so-called Tree of Life has been nourishing communities for millennia.

However, a growing interest from the West in the byproducts of baobabs (Adansonia digitata) in several industries, such as food and cosmetics, is putting extra pressure on them when they are already threatened by climate change and land-clearing.

According to a survey by South African National Parks biotechnician Stephen Khosa, six percent of 501 baobabs surveyed between 2005 and 2020 have died.

Though they’re a protected species in SA, this is more than double what their natural mortality rate should be over that period.

Now, two new studies have highlighted the importance of our relationship with these majestic plants: one study “decoded” the DNA of the baobab so we can conserve it as much as possible, while another looked at the bountiful climate information carried in the tree rings of ancient baobabs.

Though they’re a protected species in SA, this is more than double what their natural mortality rate should be over that period.

According to the South African National Biodiversity Institute, the baobab is “regarded as the largest succulent plant in the world” and “can provide food, water, shelter and relief from sickness”.

But, say scientists Nurul Islam-Faridi and Hamidou Sakhanokho, “the growing interest for baobab products is raising concern that fruit production for international trade might lead to overexploitation of natural stands”.

They are from the US Department of Agriculture and their study has just been published in science journal Nature.

They say a growing interest in baobab products comes on top of the threat of “climate change and human activities, such as land-clearing, by an ever-increasing population”.

It is for this reason that “genetic information is needed” to “help remediate this threat through the development of informed gene conservation and species domestication strategies”.

They said virtually every part of the baobab tree is useful and that “the ‘Tree of Life’ lives up to its name as it is reported to have over 300 purposes, including providing nutritious food, livestock fodder, fibre, medicine and income to local people”.

Because of its nutritional and health benefits, baobab fruit pulp has been identified as a suitable new source of functional foods, drinks and cosmetics, “likely explaining the acceptance of the baobab fruit pulp as a novel food ingredient in the European Union and the US”.

The researchers determined the nuclear DNA content of the baobab, as well as the chromosome number, and the distribution and organisation of ribosomal DNA, which plants use for protein synthesis.

Their data “can serve as the basis for future in-depth investigations in other Adansonia species to elucidate their genome structure and evolution, as well as for other plant species with a high number of chromosomes”, said the researchers.

It can also “be beneficial in developing genetic improvement and conservation strategies for A. digitata”.

Closer to home, Pieter Kotze, from the South African National Space Agency, has published a paper in the South African Journal of Science in which he shares what tree rings in 1,000-year-old baobabs can tell us about solar periodicities.

“The results obtained in this investigation, in particular δ13C [delta-13C, which is a natural, stable isotope of carbon] measurements from the Pafuri baobab trees in Southern Africa between the years 1600AD and 2000AD, provide strong evidence of the presence of solar cycles,” says Kotze, “These δ13C isotope measurements are regarded by paleoclimatologists as a proxy for rainfall in a particular region”.

The results are the first identification of prominent solar cycles in δ13C tree-ring data in Southern Africa.

Lockdown has gone to the birds as newbies flock ...

How fynbos is key to saving Earth’s wildest ...

Gardens of earthy delight from around the world ...

To help others, Covid carers have to put themselves first