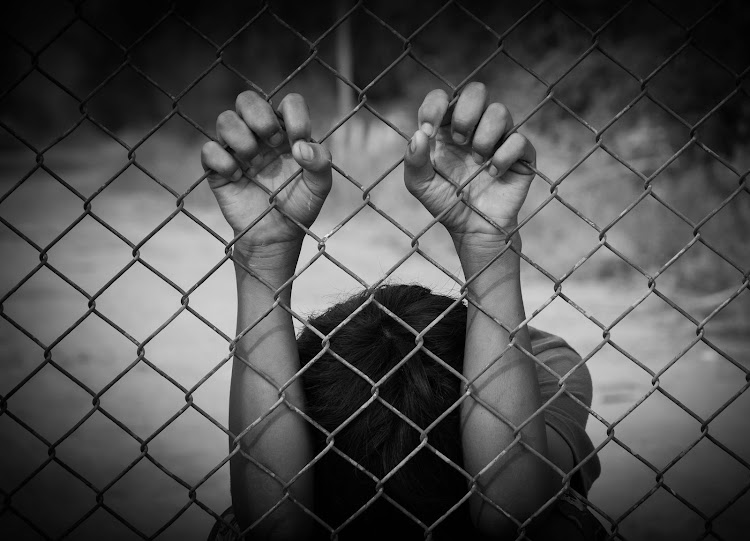 The unlawful jailing of four Johannesburg schoolboys caught using cannabis may have prompted sweeping reforms on how the law deals with drug-addicted kids – but the horrors the teens faced in a juvenile detention centre linger.

It has been more than a year since the four boys – from the Pro Practicum School on the West Rand – were freed by the high court from the Mogale Child and Youth Care Centre, where they were held for 77 days.

Now the court has finalised its review into the legislation that has allowed this to happen. In effect this means the use and possession of dagga by children has been decriminalised. And in doing so the process has exposed this school as having sent 178 children into the justice system, with 24 imprisoned.

The four boys, whose case prompted the review, had all tested positive for cannabis in school-administered drug tests in 2018. They cannot be named because they are minors.

The teens were referred to the police and enrolled in a three-month diversion programme designed to keep children out of prison. But failing to adhere to what the court called onerous conditions, they were sentenced to three months’ “compulsory housing”.

Their imprisonment was happened upon by a senior magistrate who was reviewing cases at the Krugersdorp Magistrate’s Court, who then referred their files to the Johannesburg High Court for a judicial inquiry.

In February 2019, Judge Ingrid Opperman ordered that the four be released immediately while what set them on a path to prison was probed.

The inquisition lifted the lid on how the school had used illegal drug policy to push 178 pupils into the criminal justice system over five years.

The court found that the school had acted in concert with prosecutors, resulting in the incarceration of 24 children in a juvenile corrections centre.

The court found that the school had acted in concert with prosecutors, resulting in the incarceration of 24 children in a juvenile corrections centre.

Opperman found the school – in reporting these matters to the police and the National Prosecuting Authority – flouted the South African Schools Act.

“No criminal proceedings may be instituted against the learner regardless of whether she is found in possession of an illegal drug or simply tests positive for such illegal drug,” she said.

“The tests, as a rule, remain strictly confidential. The appropriate response is to address the issue with the parents and, if requested, refer the child for counselling or to a rehabilitation centre,” Opperman ruled.

In an affidavit submitted to the court by a school social worker, they had adopted the Drug Child Programme in 2012, an initiative run by senior prosecutor Mienke Erasmus at the Krugersdorp Magistrate’s Court.

She said the programme had had a “tremendous” impact. A total of 819 pupils had been drug tested, 178 were referred to the criminal justice system and 24 were jailed after not complying with their diversion programmes between 2014 and 2019.

Opperman also had scathing criticism for Erasmus, for the way she approached the diversion programme and her handling of “evidence”.

“The consequence of the use of this inadmissible evidence is that 178 learners have been referred to the criminal justice system and diverted in instances not permitted ... where it is likely that [there is] no prima facie case against them,” she ruled.

The detention of the boys also prompted Opperman to order an audit of all children detained for minor offences, with the judge calling the results “egregious”.

They just made him worse. He still smokes dagga and doesn’t listen to me and he is aggressive. He is so troubled that last year he tried to kill himself.

One teen was held in detention for a year for breaking a window, and another was imprisoned for six months for stealing a hair clipper.

But for the boys, and their families, the vindicating court ruling is cold comfort.

One mother told the Sunday Times her son had not been the same after his imprisonment.

“My boy has problems and I know that, but he came out of that place so angry. I can see that it changed him,” she said.

“They said he would go to classes and have counselling inside, but that didn’t happen, they just made him worse. He still smokes dagga and doesn’t listen to me and he is aggressive. He is so troubled that last year he tried to kill himself.”

The guardian of another detained boy said the teen had been caught smoking dagga but had fallen farther off the rails.

“He came out of there full of jail tattoos. He steals from me, taking money from my purse, and also stealing food from the house. I am just waiting for the police to come to my house for him,” she said.

“All that place did was make them into small criminals,” the elderly woman added.

Both the school and the prosecutor who ran the Drug Child Programme escaped sanction.

The department only learnt about it when one of the parents lodged a complaint against the school.

Gauteng education department spokesperson Steve Mabona said the school had adopted the programme without the go-ahead from officials.

“The department only learnt about it when one of the parents lodged a complaint against the school,” he said.

Mabona added that the school’s management team and the governing body had begun a process to apologise to the four boys, one which had yet to be concluded.

“We have advised the school to terminate the relationship with the Krugersdorp Magistrate's Court and to stop placing learners on the said programme.”

The NPA’s Sipho Ngwema said Opperman’s ruling had been circulated to prosecutors across the country and that talks with the police were under way on how it would affect law enforcement.

Education expert Wayne Huge described the way the children were treated as a travesty of justice.

“On no level can this be said to be effective or helpful,” he said.

“The risk of inserting a child into any aspect of the penal system is that the child is criminalised. They enter a gang culture to survive, they land up learning other dimensions of crime and in the criminal justice system.”

Reiger Park pupils break the cycle and upgrade to ...