Van Rooyen says he did not know Bobat and Whitley, blames ‘white-owned’ media for demise of Zuma allies 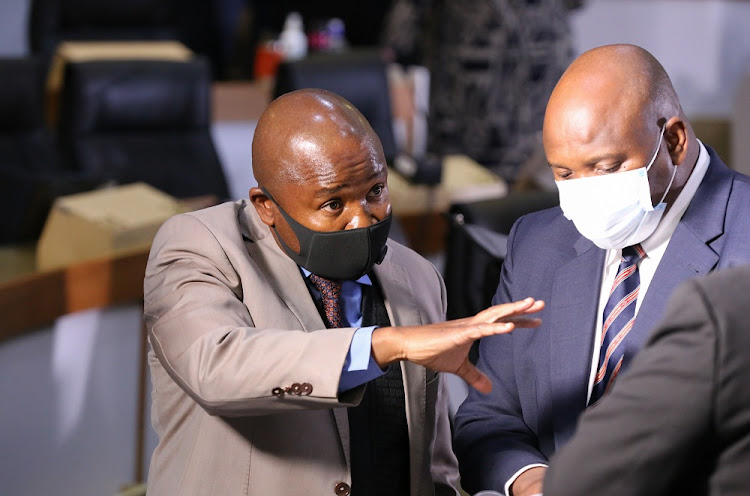 Butter wouldn’t melt in the mouth of former finance minister Des van Rooyen, who told the state capture inquiry on Tuesday how concerned he was about nepotism and corruption.

He denied the Guptas were behind his four-day tenure as finance minister in December 2015, earning him his “Weekend Special” nickname.

He was also seriously worried about the notion that anyone linked to former president Jacob Zuma, who appointed him to the finance position, was considered corrupt.

In a 20-minute speech before starting his testimony before deputy chief justice Raymond Zondo, he slammed  “white monopoly capital” and lobbied for the expansion of the commission’s terms of reference to include the influence of white capital on the state since 1994.

“It is important for me to emphasise that the court of public opinion has long concluded that anyone associated with his excellency, President Jacob Zuma, is corrupt. It is interesting, but not surprising to note, that this is the political narrative of media owned by white monopoly capital.”

Chairperson, we must in fact be careful of pushing this line about appointing people we know because it may be nepotism.

The granting of opening remarks by witnesses has been extended mostly to those accused of being state capture protagonists. They include Zuma, former minister Nomvula Mokonyane, judge Nana Makhubele and now Van Rooyen, who stopped short of saying the commission was wasting time on the wrong people.

In his mind, those who should be looked at are the people who emerged victorious at the ANC conference at Nasrec in 2017, led by ANC president Cyril Ramaphosa.

When he finished and was faced with questions from evidence leader advocate Garth Hulley, Van Rooyen justified everything that happened around his appointment as finance minister.

Van Rooyen said he hired the two based on their “merits” and nothing else.

On claims that he didn’t even know them and they were given to him by the Gupta family, he said one did not have to know people before employing them if one knew their profile and merits.

“This issue of appointing people I do not know, it could have been any other person. What drove my decision is the merits I saw in their profiles and CVs,” he said.

“I definitely believe in the process that was going to follow to finalise those appointments.

“Chairperson, we must in fact be careful of pushing this line about appointing people we know because it may be nepotism. Just now somebody is alleged to have appointed his niece at Eskom.”

Van Rooyen, who met the Guptas two months before his appointment, after Mcebisi Jonas declined the position offered to him by the family, said he was not appointed by the Guptas.

“The president is the only one empowered to appoint ministers, so there is no way that could have been done by other people.”

Bring it on, says premier as graft auditors swoop down on Eastern Cape