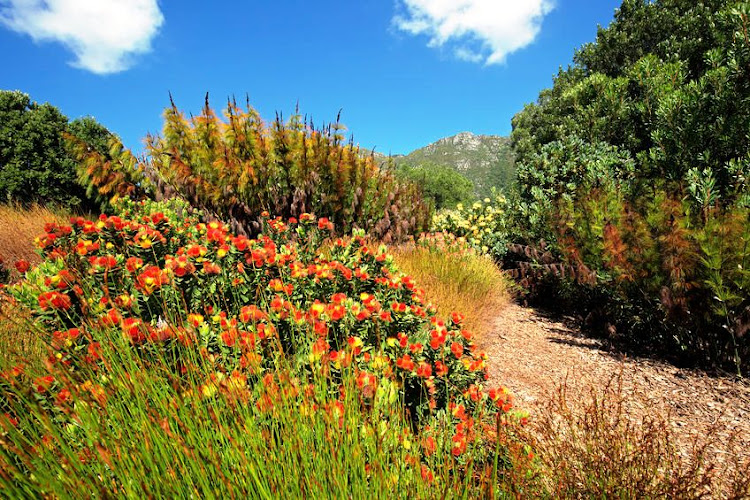 Rich reserve Kirstenbosch National Botanical Garden in Cape Town has a dazzling display of hundreds of plants that grow only in the Cape floral kingdom.
Image: 123RF/Nico Smit

Scientists who have unlocked the secret of the Cape’s remarkable biodiversity say their findings sound another  alarm about climate change.

The Cape Floristic Region, an 800,000ha world heritage site, famously has 10 times as many species as the UK. The new findings say this richness is largely explained by a stable climate over the past 140,000 years.

Co-author Brian Huntley, from Durham University in the UK, said this stability enabled fynbos to persist, “in turn supporting the persistence of species adapted to that ecosystem”.

The researchers, who published their work in the Proceedings of the National Academy of Sciences, said their findings highlight the threat climate change poses to some of the most extraordinary places on Earth and the importance of giving nature the protection it needs to thrive. 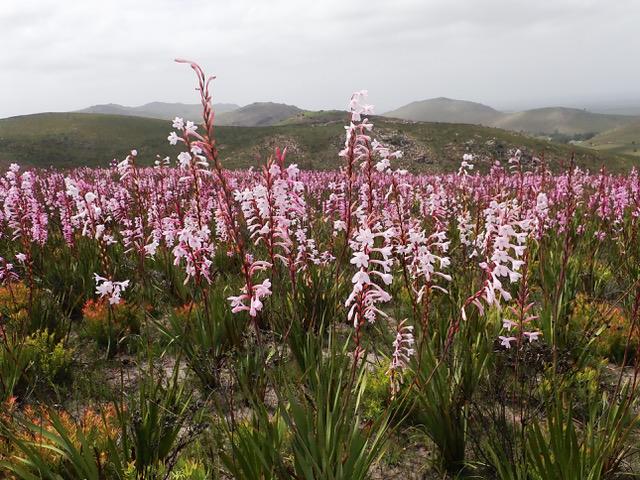 The forked watsonia is one of 9,400 species that thrive in the Cape Floristic Region.
Image: Colin Beale

The team, which included scientists from Cape Town and Nelson Mandela universities, mapped the distributions of nearly all of the Cape’s 9,400 plant species.

Previous theories have suggested productivity – where large amounts of energy flow through an ecosystem – might explain biodiversity hot spots, but the researchers found this only played a minor role in the Cape.

Co-author Colin Beale, from the University of York in the UK, said: “Our research focused on the incredible diversity of the Cape Floristic Region because the competing theories of stability versus productivity can’t be untangled in the tropics, where both are true.

“Exceptions often clarify the rule and our research shows that the environmental history of a place is important to its levels of biodiversity. 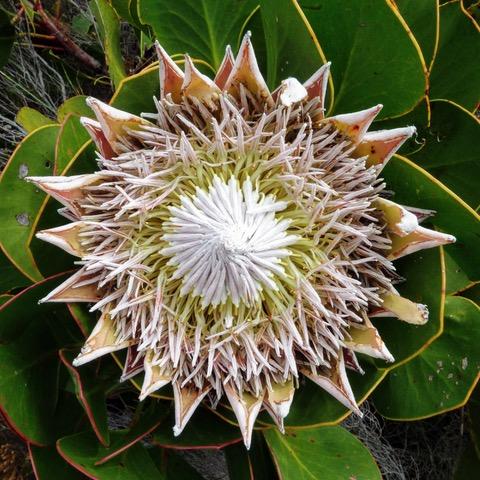 The king protea is at the head of family of about 1,600 species.
Image: Colin Beale

“The results suggest that climatic variation will not affect the biodiversity of all regions evenly. The impact of climate change may be greater on areas where stability has been the norm over extremely long time periods.

“Similarly, near major ecological boundaries, such as forest to grasslands or shrublands to semi-desert, climate change is likely to cause major, long-lasting loss of biological diversity.”

Senior author Richard Cowling, from Nelson Mandela University, added: “The extraordinary diversity of the Cape Floristic Region – as rich as the most diverse tropical forest regions – contradicts the long-held theory that high productivity is a requisite for high plant diversity.

“Our study shows that the environmental stability of south-western South Africa, in conjunction with the region’s rugged topography, explains diversity gradients in the region. The same hypotheses can explain tropical diversity; there is no need to invoke productivity.”

“This rich resource enabled us to pull together an interdisciplinary team from SA and the UK to tackle one of the most challenging questions in ecology and highlights how important international collaborations are to the future success of South African research and the conservation of its biodiversity.”

Decade of work strips 90km of sea for a glimpse ...

Rooibos: from SA’s best-kept secret to ...

Spekboom: climate saviour or just another ...

Battle is on to stop the world nicking SA’s plants

EDITORIAL | The time for that ‘differentiated approach’ has come, Cyril