2FAST and 2FURIOUS: It’s my plate that brought the hate, says ...

‘People can be so bloody nasty,’ says driver after her Jaguar climbs curb outside swish Constantia eatery 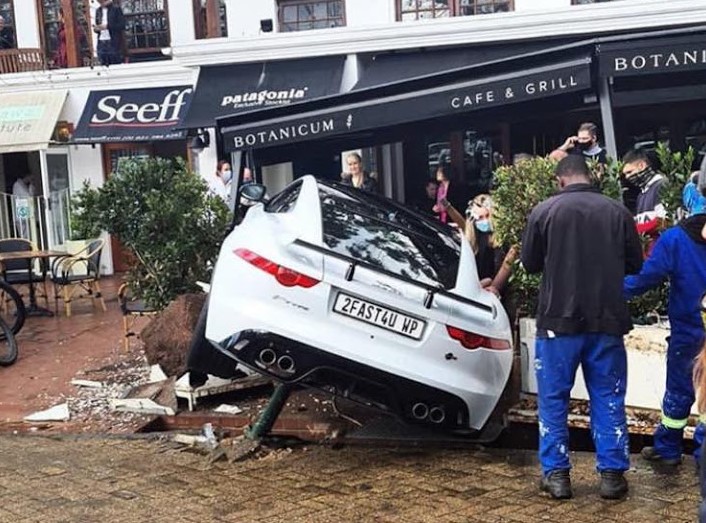 CATCH ME IF YOU CAN Erica Holt's Jaguar F-Type after it crashed into the outdoor seating area of Botanicum Cafe & Grill in Cape Town.
Image: Facebook/Botanicum Bar & Grill

Trucking company boss Erica Holt, who drove her Jaguar sports car into an upmarket Cape Town cafe on Tuesday, blames her number plate “2FAST4U-WP” for all the hate she has been getting online.

CCTV footage showed how the 69-year-old’s Jaguar F-Type smashed into the outdoor seating area of the Botanicum Cafe & Grill in Constantia.

Describing herself on Wednesday as a very good driver, Holt said her foot slipped from the brake pedal onto the accelerator as she tried to park in front of the cafe. 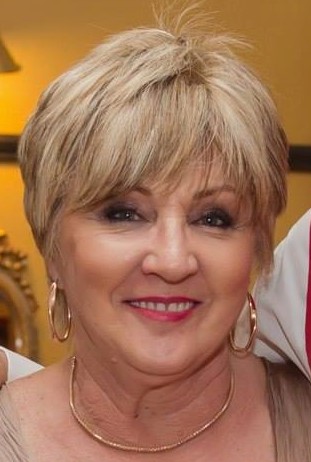 “So when I came into the parking, my foot slipped off the brake and onto the petrol, and then I had already had the first bump probably, because what went through my mind is, I don’t know what’s happening with my car,” she told Times Select.

“I’m braking and the more it went forward the more I pushed the pedal down. It’s one of those freak accidents, you know. It is what it is, it happened, and it happened so quickly because it is a powerful car.”

She said there was nothing inside or outside the car distracting her.

She said she had a tray of 30 eggs on the front seat, which she had bought from a nearby deli, but despite the car mounting a pole and a large concrete plant container, the eggs survived and so did she.

“People don’t know what happened, yet they can be so bloody nasty, and not one person has had anything nice to say,” said Holt.

“I’ve been on the media, I’ve hit everywhere. I haven’t read anything because to me it’s an accident. People aren’t very kind because you drive a fancy car. I’ve never actually experienced this kind of thing before because I think some of the Capetonians can be very nasty.”

Holt said she was co-owner of a trucking company with a national fleet. During the week she travels to Johannesburg for work and returns to her Hout Bay home at weekends.

She said her experience on Tuesday had taught her that Joburgers were friendlier than people from Cape Town.

“I have noticed that the Capetonians are very different to the [Gauteng] people, and they don’t like the sun to shine over anybody’s head, and especially if it’s a woman who’s been successful, and that’s their prerogative,” she said.

“I’ve always been kind to everybody, I always help and do a lot of charity for people I don’t even know, and this is just one of those things where you’ve got to keep your head high and move forward.

“That’s why you haven’t seen any reaction in the media from me, because I don’t want to go there. 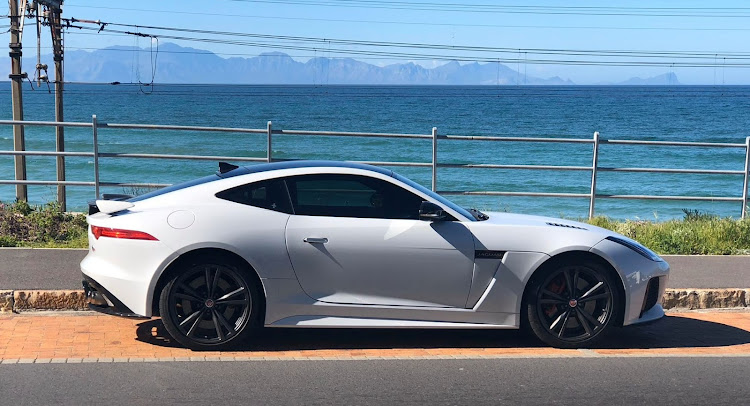 “I do a lot of shopping in Constantia, and the Constantia ladies, they’re all like that. They drive around in their husbands’ cars and they don’t like women to have nice cars and things, that’s what it is.”

And though she knows much of the resentment she gets is as a result of the number plate, she doesn’t regret choosing it.

“It was my toy, and it was just a funny joke when I put that number plate on because it was just the fastest car that Jaguar had ever made, and that is the reason,” she said.

She said she barely ever used the car, which had only 14,000km on the clock.

“I have done a lot of fast driving with the Jaguar boys on their days off, you know, their morning drives, and I am a very good driver, that I can tell you,” said Holt, claiming she had never once been slapped with a speeding fine.

A video of the aftermath of the incident showed a cyclist inspecting his bicycle, which apart from the pole, the pot plant and the car, was the only casualty.

Holt said she was treated kindly by management at High Constantia after the incident.

“You expect people to go on at you because you damage things. I know there was a bicycle that got damaged and tables and chairs, but at one stage I was hanging in the air on two wheels. I couldn’t get out of the car, they had to break down a cement flower box. I took a pole and the concrete out with that car,” she said.

News outlet The South African quoted people saying Holt’s Jaguar would often visit the shopping centre and rev loudly, but Holt said these were automatic features of her noisy car.

“With that car, you’ve got buttons on there that you press. You don’t have to rev that car, it revs on its own. It’s one of those noisy cars where it’s got different baffles in the exhaust pipes and everything,” she said.

“You know, people think because you drive a fancy car you’re full of nonsense, you’ve done it all. It’s not like that at all, you can drive a motorbike, you can drive a bicycle, it’s very expensive, and you enjoy going out on a Sunday morning with your bike or your bicycle.

“I drive and I enjoyed that with my car and it just takes me to another dimension ... and you forget about all of the stuff you have to deal with.”

Our virus cases are down so give us back our ...

Apartheid shackles replaced by chains of ...

Apocalypse? Not now: Capetonians get their chill ...

Life comes to a standstill, except in the toilet ...