Desperate Zimbabweans, even within Zanu-PF, call for help as president invents ever more imaginary enemies 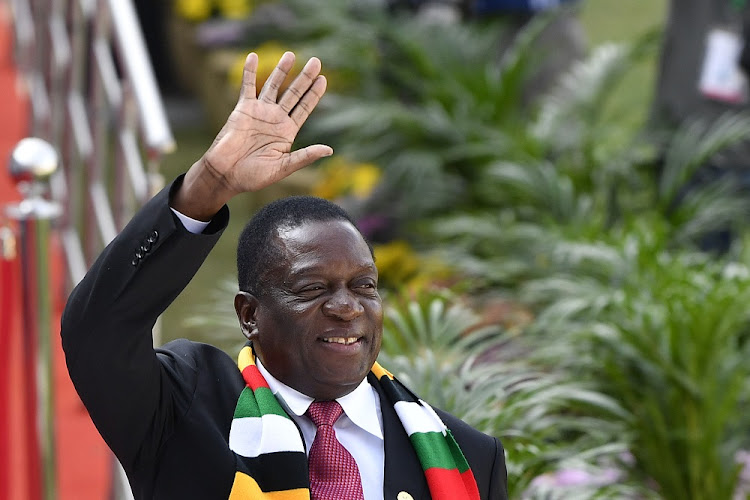 He is being confronted by “thugs” and is under “attack”. Or so says Zimbabwean president Emmerson Mnangagwa, who broke ranks with the international community on Tuesday, declaring war at home.

Mnangagwa is currently facing the biggest challenge to his leadership since he took over from Robert Mugabe in November 2017.

A failing economy, worsened by the coronavirus pandemic, widespread corruption and a grossly underpaid civil service, has become fuel for the opposition and calls are mounting for him to step down.

According to Mnangagwa, however, the problems in Zimbabwe are not his fault — they have been caused by Americans who, through the ruling Zanu-PF, he called “thugs”.

Last week, he threatened to deport the American ambassador in Harare, Brian A Nichols, for allegedly funding the opposition.

Addressing the nation on Tuesday, Mnangagwa said he had not had a break since coming into power. “My establishment has faced many hurdles and attacks since its inauguration,” he said.

He added that natural disasters and pandemics had conspired with “dark forces” that must be “flushed out” to make his mandate possible.

“These [attacks] include the divisive politics of some opposition elements, the illegal economic sanctions, cyclones, droughts and, more recently, the deadly Covid-19 pandemic ... All this was meant to undermine our projected economic growth and stability,” he said.

Brian Kagoro, a human-rights activist and constitutional lawyer, told Times Select that Mnangagwa could not say the West was his enemy when, not long ago, he and foreign affairs minister Sibusiso Moyo referred to the British and Americans as friends.

These are imaginary enemies. Instead of doing things right, he is taking Zimbabwe to the dark ages.

“These are imaginary enemies. Instead of doing things right, he is taking Zimbabwe to the dark ages. Abducting and persecuting people who expose corruption, the same corruption you fire a minister for, is plain wrong.

“Calling people who don’t see things the same way as you ‘terrorists’ is unfortunate. Instead, the dark forces at play are the arms of the state behind kidnappings,” he said.

More than seven million Zimbabweans face starvation, while government workers — earning the equivalent of R500 a month — and health-care workers have been on strike for 50 days.

Amid a lacklustre command of the economy and a violent response to rising displeasure, even some within Mnangagwa’s circle are openly condemning him.

Shingi Munyeza, a businessman and cleric who is part of the president’s advisory team, has asked President Cyril Ramaphosa to intervene in Zimbabwe.

“Dear President Ramaphosa, at what point will you pick up the phone and have a conversation with your Zimbabwean counterpart and find a lasting solution to the region’s perennial chronic headache?” said Munyeza.

Dear President Ramaphosa, at what point will you pick up the phone and have a conversation with your Zimbabwean counterpart?

The cleric has been outspoken about the president’s “lack of probity” and his failure to deal with cartels that bleed the economy. He’s also criticised Mnangagwa for failing to deal with poverty in the country  and the brutality of the state’s law-enforcement agencies.

Attempts on Tuesday to get comment from SA’s international relations and co-operation department about the situation on the county's northern border were unsuccessful.

Even within Zanu-PF there are those who doubt Mnangagwa is the right person to lead the country.

“When Mugabe dragged us [Zanu-PF] into self-destruction, a mission to get rid of him was set in motion and it worked. Now that could be the same with Mnangagwa, because the worst that could happen is to lose power as a party — we can’t let one person endanger us,” said a Zanu-PF official, speaking on condition of anonymity.

At Zanu-PF’s last politburo meeting, Cleveria Chizema was suspended from the party. Her crime was that she was found with flyers and placards for planned July 31 demonstrations, which were the brain child of the opposition and civic society.

Chizema is suspected of being a foot soldier for a faction hankering for change in Zanu-PF.

Last month, Mnangagwa fired his health minister, Obediah Moyo, for alleged corruption in the awarding of a multimillion-dollar contract for medical equipment.

A to Zim: photographer puts a chunk of home on ...

EDITORIAL | Beware the imminent disaster on our ...