Tipping the scales: what it takes to babysit the most trafficked ...

Tipping the scales: what it takes to babysit the most trafficked animal

The future of pangolins may look grim, but a lucky few get a second crack at life and freedom 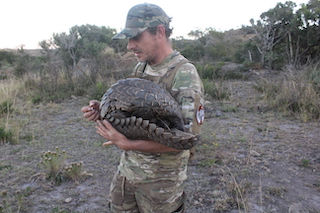 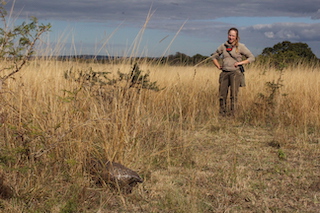 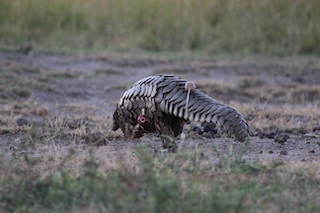 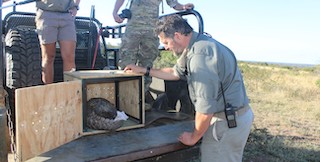 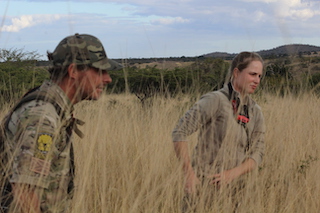 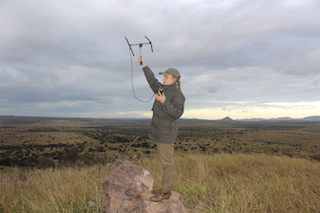 With a .44 Magnum revolver strapped to his waist, Winston Pretorius looks pretty chilled as he scans the horizon, keeping cavey from the vantage point of a Toyota Land Cruiser.

But appearances can be misleading. The grass is long here, and Pretorius is on high alert as colleagues from the Phinda game reserve and African Pangolin Working Group oversee the “soft release” of one of the world’s most threatened animals.

A few months back, his colleague Charli de Vos had a memorable wildlife encounter during the rehabilitation of a rescued pangolin not far from where we are standing in this Big Five private game reserve near Hluhluwe in KwaZulu-Natal.

De Vos, a wildlife monitor who joined the Phinda team last year, recalls hearing a sudden whoosh in the bush in front of her while using telemetry antenna to track down a signal from a radio-tagged pangolin.

Then she saw it: the pangolin was rolled up tightly into a ball, covered in dust and slobber. There was also a big puddle of urine. The surrounding grass had been trampled flat and a radio tracking device had been punctured and ripped off the pangolin’s body.

It was around this point that colleague Craig Sholto-Douglas drew his breath sharply as he poked his head above the bushes and spotted five fully grown lions moving slowly back to the scene of the crime for a second bite at the strange, golden-scaled football.

Grabbing the coiled pangolin, De Vos and Sholto-Douglas bolted back to their vehicle and resolved to take much stricter safety precautions when monitoring future animal releases.

Remarkably, when De Vos inspected the pangolin afterwards, she found no visible wounds. The armour-plated scales had shielded it from the long fangs of the slobbering lions.

But here is the catch. The very same scales that protect pangolins from predators also make them attractive to wildlife poachers.

But here is the catch. The very same scales that protect pangolins from predators also make them attractive to wildlife poachers. Formed from keratin ( found in human toenails and rhino horns), pangolin scales have become the world’s most-trafficked wildlife product, mainly for use in Chinese traditional medicine.

Last year, Singaporean officials recovered at least 25 tons of pangolin scales on two ships destined for the Far East – calculating that almost 40,000 dead pangolins were needed to supply this volume of scales.

Pangolins, which feed exclusively on ants and termites, are also prized for their meat, which is considered a delicacy in some cultures.

In short, the future of these animals is rather glum. But every so often, a handful of poached animals are rescued from the poachers and get a second crack at life and freedom in the wilderness.

“Giya” is one of them. No one is quite sure where he came from. Nor whether a family was left behind when his former life came to a sudden end.

All that’s known is Giya was found on May 18, wandering alone in the streets of Giyani village near Kruger National Park (hence his new name, Giya).

Glen Thompson, a member of the African Pangolin Working Group, who helps to rescue and rehabilitate these animals, believes Giya used his strong claws to dig or to scrape himself free from confinement after being captured somewhere in Limpopo province.

Or he may have originated in Zimbabwe. Or Mozambique. Or further north.

Late in July, Giya was driven down to Zululand and offered sanctuary at Phinda as part of a conservation project that aims to repopulate parts of this region with pangolins for the first time in several decades.

Giya is the eighth pangolin to be sent here, preceded by fellow refugees such as Louis (found near Louis Trichardt), Marble (from Marble Hall), Zambezi (from the river), Gomo (a mountain or hill in Shona), Scorpion Tail (who lashed out angrily with her tail when picked up) or Zuva (Shona name for the sun). Then there is Rampfy (named after Dr Helena Rampf, the Mpumalanga State Vet who rescued an abandoned pangolin pup from the roadside).

Thompson says rescued pangolins – many of which are brought to Gauteng for sale – are generally starving, traumatised and in poor health when recovered.

In Giya’s case, he was dehydrated, malnourished and showing signs of pleural effusion (fluid in the chest cavity), bronchopneumonia and ascites (an unusual accumulation of fluid in the abdomen).

“We often don’t know exactly what they have been through. Some have had no food and water for days or weeks,” says Thompson. “The people who catch or sell them mostly have no idea what they eat and I have seen captive pangolins sitting in cages with abandoned offerings of lettuce or rice.”

Thompson, a former rhino anti-poaching unit member, joined the pangolin working group last year after falling in love with these mostly solitary insect eaters, which can weigh up to 20kg and live for nearly 20 years.

If the virus is found to have indeed come from pangolins, it will rescue the world’s most trafficked animal
News
2 years ago

Since then he has also had a number of narrow escapes during pangolin releases, including having to flee from a black rhino and herd of elephants on the same night in the Vhembe district.

Compared to a hard release, where an animal is simply let loose to fend for itself, a “soft release” is a gentler and more gradual process in which the animal is not abandoned until the rehabilitation team is satisfied that it has a high chance of survival.

As a result, Thompson and De Vos have been spending several hours a day walking behind Giya in the late afternoon and early evening to monitor his movements and to see whether he is feeding properly.

When Giya arrived at Phinda he showed very little interest in eating on the first day out in the bush.

Instead, the pangolin seemed more intent on exploring his new environment and moved consistently westwards toward the setting sun. Finally, just before darkness set in, Giya started sniffing and scraping at a termite heap and spent nearly 10 minutes feeding before being returned to his holding crate for the night.

But on the second day, the pangolin kept moving west, and by early evening it had not fed once despite walking past several promising termite heaps.

For the next few days – and possibly weeks – Thompson and De Vos will have to exercise patience to ensure Giya recovers and adapts to the new environment. This will include tracking him on a regular basis via both VHF radio and GPS-satellite tagging.

Phinda conservation manager Simon Naylor says the reintroduction of pangolins to the reserve has involved hard work, patience and some significant expenses for tracking devices and monitoring teams.

But six of the eight pangolins have survived – some of them for nearly a year – and Naylor says he is delighted that they have adapted to their new environment.

Now the rehabilitation team is holding thumbs that the pangolins will produce the first babies born on Phinda soil for possibly 30 to 40 years.

No, coronavirus is not biological warfare, say ...

At least coronavirus has done one good thing – it ...

Scales of injustice: The fight for the imperilled ...

Exec suspended for ‘dodgy’ deal as Prasa’s woes pile up