The way Facebook has treated terrified SA teen is ‘absolutely ... 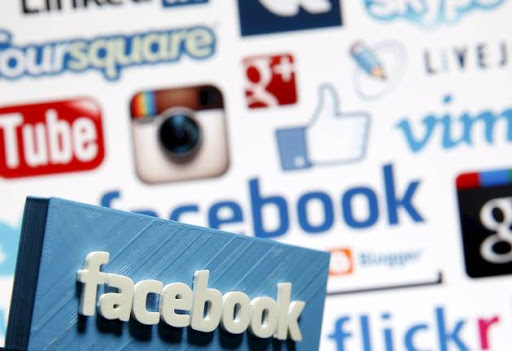 THUMBS DOWN A Johannesburg teen was failed by Facebook Inc and police when an anonymous user threatened to rape, gang rape and murder her.
Image: Dado Ruvic/Reuters

A South African teenager, who wants to know the identity of an anonymous social media user who threatened to rape and kill her, has been let down by Facebook Inc and local police.

Bird was reacting to recent news that the 13-year-old, supported by her parents and lawyers, had been forced to take action in the Johannesburg high court to serve her urgent court application on Facebook Inc in an attempt to force it to provide her with the name of the user who repeatedly threatened on Instagram to rape and murder her.

The posts were made over five days in May by someone the teenager believes to be in her school because the posts mentioned a classmate. She has been too terrified to return to class since then.

Her parents, lawyers and social media expert Emma Sadleir spent weeks trying to get Facebook Inc’s assistance to track down the culprit, but, as her lawyers said in court papers, they were faced with an “impenetrable fortress”.

Local police were also of no help, saying it could take up to six months to obtain and serve a subpoena on the California-based multinational corporation.

The papers were finally served by an attorney in California. Facebook Inc initially opposed the application, but later said it would abide by the court’s decision.

The matter was set down for hearing on Tuesday, but was adjourned until next month by consent of both parties, who are believed to be in discussions.

The girl has been threatened on Instagram, but the social media giant won’t release her abuser’s identity
News
1 year ago

Bird said: “For them to treat a child this way beggars belief and I guess it points to the real challenge of having a multinational corporation that is so large it has become a law unto itself.”

He said the teenager was fortunate to have a top legal team and experts, “but what happens to those who don’t”?

“The actions, or lack of action, by the police in this matter shows that it is seemingly not up to the task yet. This should have been a priority crime.

“This was the abject failure of the state to step in and protect the child. The bigger issue speaks to the rising challenge of how to deal with these sorts of crimes and why we need local solutions, with the big social media companies coming to the party.”

He said MMA ran an online safety programme for children and Facebook was one of the partners, so it was active in such initiatives.

“I guess the nuance here is that this is a teenager from a small country on the edge of Africa. I doubt the Obama children, as an example, would have been treated like this.”

This usually does not happen because of the prohibitive expense and trauma that can be associated with protracted litigation. She and her legal team ought to be commended.

Attorney Verlie Oosthuizen, who leads Shepstone and Wylie’s social media law department, said it was unusual that the teen had taken on the social media behemoth in the courts.

“This usually does not happen because of the prohibitive expense and trauma that can be associated with protracted litigation. She and her legal team ought to be commended. It is not an easy road.”

She said sadly it was “easy” for culprits to hide on social media platforms, which were the “perfect playground for bullies”.

“Once a court order is obtained, they can be exposed. It just costs a great deal to get to that point,” she said.

“Unfortunately, social media platforms have a right to withhold subscriber information until they are compelled by court to do so.”

Oosthuizen said another option would have been to approach the magistrate’s court for a protection order.

“In terms of the Protection of Harassment Act, if a complainant has the IP address of the perpetrator they may get an order from the magistrate to identify them, but it can be difficult to achieve this if the harassment is happening through a social media platform.”

EDITORIAL | Social media must face up to being ...

Tweets, twits, terror: in a time that makes no ...