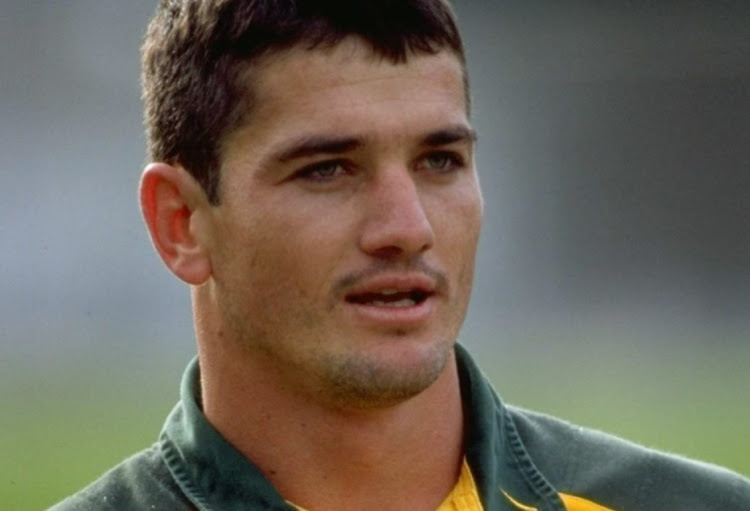 gone, but not forgotten The late Joost van der Westhuizen, whose brother, Pieter, was involved in the incident.
Image: supplied

“We prayed for them, too. It was a hard and a sore thing.”

These were the words of Pastor Kobus Erasmus, of Querencia Ministries in Centurion, Gauteng, whose congregation was attacked by three armed men at the weekend.

Two of them were shot dead after late Springbok rugby player Joost van der Westhuizen’s brother, Pieter, an ex-police officer and member of the congregation, pulled out a firearm.

“We were singing the last hymn, just before I was about to say the last prayer,” said Erasmus.

“We were shocked beyond words, because we were in a church and within seconds everything changed.

“The men came in with loaded firearms. One of the gunmen hit me on the head with the front of the gun, gangster-style. He told me to lie down, but I could not because I have a broken hip. He took my cellphone,” he said.

One of the gunmen hit me on the head with the front of the gun, gangster-style.

After he was hit on the head, there was an exchange of gunshots, Erasmus said.

“It’s difficult to tell you the whole chronology of events.

“Everyone was praying. We prayed for them, too. It’s a hard and sore thing,” he said.

The men also took cellphones and jewellery from the congregants. The items were later recovered.

According to Erasmus, about 19 shots were fired.

He said the congregants were going for counselling.

Rochelle Roets said the incident had left her “extremely traumatised”.

“I sit at the back of the church because I am in charge of the sound. When we were singing, I saw the door behind me open. I saw a guy with a gun and he signalled that I should get down.

“I went on my knees and I started to pray.

“As I was turning around, two shots went above my head and three on my left. I still feel rattled.”

Shots were fired. I said: ‘God if this is how it should be, then so be it.’

“He acted in self-defence, not only for himself, but for the people who were in the church.”

He said his client had spoken to the police about the incident and had not been charged.

“A statement has been obtained from the congregant who allegedly shot the suspects and this will be submitted for prosecutorial direction,” said police spokesperson Brig Mathapelo Peters.

Be very careful who you parole, begs murdered ...

Maths, science and dodging bullets – the life of ...

How horrific is it for an innocent person to be ...

Hijacker gets life for two murders without firing ...

Up to their necks: water board chiefs slapped with 59 charges