Government must recognise wine doesn’t cause binge drinking and so save thousands of jobs, says industry 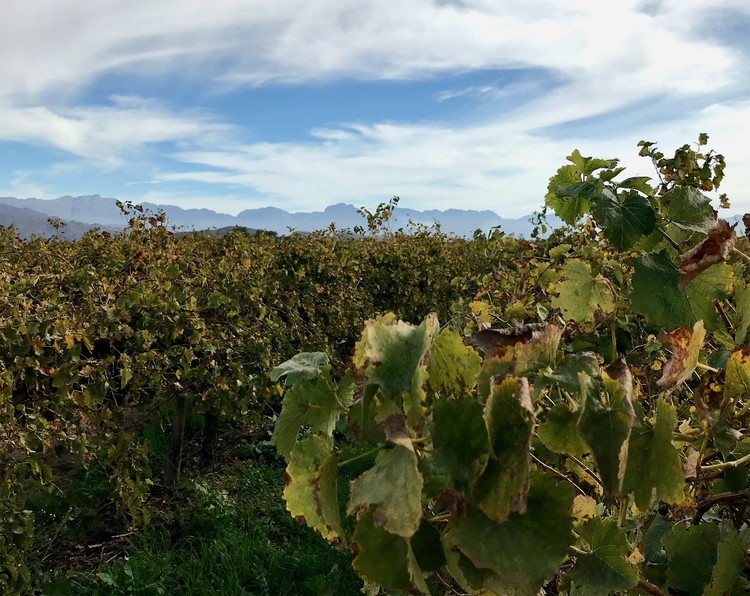 NOT SO GRAPE The wine industry has already suffered massive job losses due to the restrictions on alcohol sales under Covid-19 regulations. The renewed ban will put thousands more out of work, say wine producers.
Image: GroundUp/Steve Kretzmann

Cape wine producers are warning of a “job massacre” because of the renewed ban on alcohol sales.

In an urgent application launched in the North Gauteng High Court on Monday, the producers want wine sales to be distinguished from the sale of other alcohol, such as beer and spirits.

They say the initial hard lockdown almost drove them out of business. The “revised” lockdown, when only “off consumption” alcohol sales were allowed between Monday and Thursday, did little to restore the industry, which is facing job losses among those who work the land and run the wineries and their restaurants.

Now the total ban on alcohol sales announced by President Cyril Ramaphosa on July 12 came as a “complete shock”, promulgated without any public input, they said.

It was quick to implement the harshest of lockdowns, but doesn’t seem to give a hoot about its now-starving citizens
Ideas
1 year ago

Francois Rossouw, CEO of Southern Africa Agri Initiative (SAAI), a nonprofit network for farmers, said court papers to challenge the banning of on-site consumption had already been prepared and were to be filed with the court on Monday, July 13, but then the complete ban was announced on the Sunday night and the application had to be redrafted.

The application is supported by 13 wine farms and cooperatives.

“We bring the application in the interests of thousands of people involved in and employed by the wine farming industry, the hotel industry and the restaurant industry, in the public interest,” Rossouw said in his affidavit.

“The rights of the applicants and workers should be distinguished from the interests of persons involved in other alcohol-producing industries, such as beer and spirits.”

He said the continued ban on wine sales would result in a loss of thousands of jobs on wine farms, “economic losses and damage that SA simply cannot afford”.

“The wine farm industry cannot survive the devastating impact of a total ban on local wine sales for the next four to six months. Industry cash flow is under severe pressure. The majority are no longer in a position to pay 100% of their payroll commitments.

“Many vulnerable workers could also face further hardships because their tenure on farms is linked to continuous employment.”

In their affidavits, wine farmers say they have already had to retrench employees and many more jobs are now on the line.

Jean Engelbrecht, MD of Rust and Vrede Wynlandgoed, said the company employed 43 workers in its vineyards, wineries and tasting room, and another 131 at its restaurants. “We are presently not in a position to provide employment to 108. They are without income.”

Charles Back, MD of Fairview Investments, said the company could now only accommodate 120 of 254 workers and even these were on reduced salaries.

“The ministers appear to labour under a serious lack of understanding and appreciation of the uniqueness of the culture of wine making and wine sales. This is not a culture which leads to alcohol abuse. I doubt there is any tangible or plausible evidence that the abuse of table wine contributed significantly to the medical emergencies found to pose a threat of overburdening the country’s health system,” he said.

The wine producers argue that “less restrictive” means ought to have been considered rather than an outright ban. These include limiting the quantities of wine that can be bought and sold and the strict enforcement of a curfew.

The application, which cites the ministers of cooperative governance & traditional affairs, tourism, trade and industry, the cabinet and president as respondents, has been set down for August 18.

This article was first published by GroundUp.

EDITORIAL | It’s the death of dinner and the ...

Booze ban will save lives, so suck it up, suipers