Virus won’t leave a lost generation ... but only if state acts ...

Virus won’t leave a lost generation ... but only if state acts fast 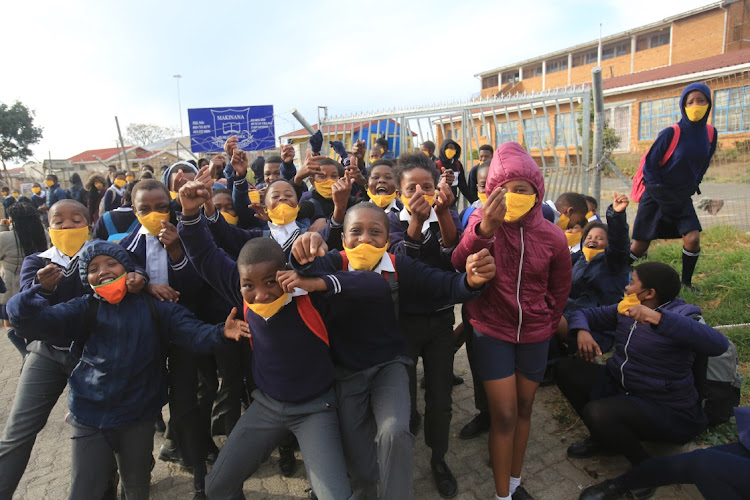 The Covid-19 pandemic won’t give rise to a lost generation like the 1976 Soweto uprising did, but it could result in lost schooling.

This is the word from University of KwaZulu-Natal (UKZN) education expert Prof Vimolan Mudaly, who has unpacked how the June 16 uprising impacted young people then and the possible effect Covid-19 is likely to have on education now.

“There are a number of articles written about the lost generation post the 1976 Soweto uprising. Learners did not return to schools because there was a war to be fought and a revolt was unfolding. The turmoil of that period was essential to establish freedom for successive generations of South Africans.”

According to SA History Online, the uprising that started in Soweto and spread countrywide “profoundly changed the sociopolitical landscape in South Africa”.

“Though Bantu education was designed to deprive Africans and isolate them from ‘subversive’ ideas, indignation at being given such ‘gutter’ education became a major focus for resistance, most notably in the 1976 Soweto uprising.

“In the 1980s very little education at all took place in the Bantu education system, which was the target of almost continuous protest.

“The legacy of decades of inferior education (underdevelopment, poor self-image, economic depression, unemployment, crime, etc) has lasted far beyond the introduction of a single educational system in 1994 with the first democratic elections,” SA History Online stated.

Mudaly believes the Covid-19 war is different from the struggle youngsters took on in the quest for equal education.

“The enemy is not a group of people. The war won’t be fought on the streets. In fact, if we can get our learners off the streets quickly for a few weeks and reduce the infection rate, the battle will be won quicker.

“The return to school will follow our victory over Covid. There is no lost generation, simply a lost year. Many children go to school late or drop out and return later, but they are alive.

“This cannot be compared to the lost generation of 1976. The children of 1976 had to battle a regime, the children of 2020 have to battle a nonliving thing that cannot be seen. This enemy spreads insidiously through saliva droplets. Avoid the droplets and the war is won.

“Nothing will ever be the same again, but we have no choice. Opening schools will reduce the population by spreading the virus quicker. We must accept this and move on to the post-Covid period, and hope that we can make up for the lost time.

“We have overcome insurmountable hurdles before. We can overcome this as well,” Mudaly said.

Prof Lesley Wood, head community-based educational researcher at North West University, is concerned about pupils dropping out because of the pandemic’s impact on their parents’ financial circumstances.

“Most learners want to return when it is safe to do so. You may, of course, get a certain number who will use this as an excuse to drop out of school, but I don’t think this will be the norm.

“However, the percentage of children who drop out before matriculating may very well increase, due to the effect Covid-19 has had on the family and finances.”

In 2015, the education department said SA was in a crisis when it came to school dropouts.

One of the main reasons children drop out is lack of ability to pay fees, and with the effect Covid-19 has had on the economy, this will only get worse.

“Approximately 60% of first graders will ultimately drop out rather than complete 12th Grade. Likewise, by Grade 12, only 52% of the age appropriate population remain enrolled,” the department said at the time.

“One of the main reasons children drop out is lack of ability to pay fees, and with the effect Covid-19 has had on the economy, this will only get worse,” said Wood.

She believes the loss of parents or guardians may also force children to leave school to care for their siblings.

“But there are many reasons for [dropping out of school] and we can only speculate the real effect on schooling since only time will tell. The sooner the danger is past, the better.

“However, this pandemic has again highlighted the gap between the two schooling systems we have in this country — one well-resourced for those who can afford it and one drastically under-resourced for the majority.

“This is a social justice issue that has been going on for far too long,” Wood said.

“The crisis has shown that the government can find money, make fast decisions and take action when needed. We need to make sure that such positive responses continue once the immediate danger is past.

“This pandemic offers us an opportunity to rethink how we do many things in this country and making the education system more equitable should be at the top of the list, as economic and social development depends on a skilled and literate population.

“Everyone has the right to education, but only relatively few in this country can actually access it,” said Wood.

EDITORIAL | Too many opinions, not enough science ...

This is why Motshekga will absolutely not scrap ...

Predictably, the poor will suffer the carnage of ...

‘Government is damn close to being guilty of ...

E Cape pupils stay away in droves thanks to parents’ ‘anxiety’