Three months, three probes and still no answers on Collins ...

Despite cops and prosecutors collaborating in investigation and three separate inquiries, there have been no arrests 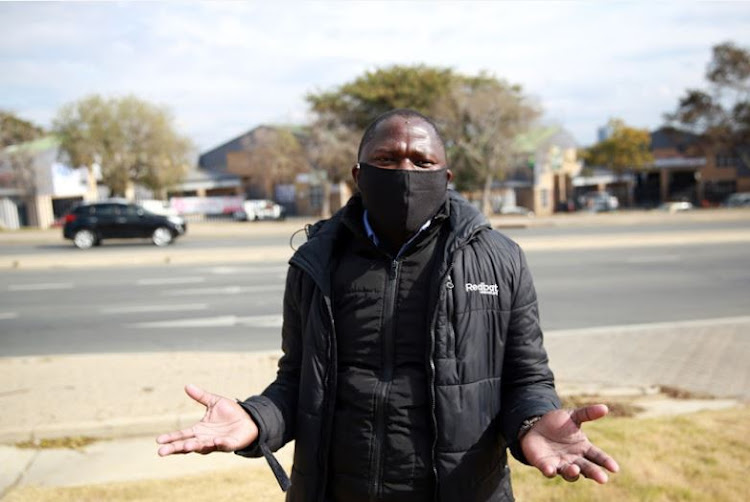 BROTHER-IN-LAW Thabiso Muvhango talks about the events that took place on the day he and Collins Khosa were 'assaulted' by members of the SANDF.
Image: Thapelo Morebudi

A team of detectives is working with prosecutors to solve the killing of Collins Khosa and bring the killers, allegedly soldiers, to court.

Despite the collaboration, which has been confirmed by Gauteng police management, and separate investigations by three different state entities, no one has been arrested for the death, which occurred three months ago.

Khosa died from blunt force trauma injuries to his head, after he was allegedly beaten by soldiers who were on patrol in Alexandra, Johannesburg, in April during a Covid-19 lockdown enforcement operation.

Khosa had been sitting in his yard with his brother-in-law, Thabiso Muvhango, eating lunch and drinking, when soldiers allegedly attacked them.

Two neighbours who videotaped the assault with their cellphones were allegedly kidnapped, beaten and forced to delete the footage by the soldiers. They were allegedly dumped on the N3 about 10km from their homes.

Investigations were conducted by the Independent Police Investigation Directorate (Ipid), with the SANDF, the Military Ombudsman and the SAPS conducting separate investigations. 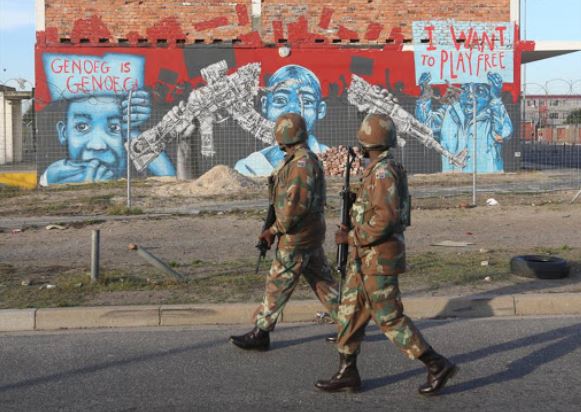 ENOUGH IS ENOUGH Soldiers patrol the streets during lockdown. The SANDF face heavy criticism after the death of Collins Khosa, allegedly at the hands of its members.
Image: Esa Alexander

The SANDF initially exonerated its members from any wrongdoing, closing the investigation. Defence minister Nosiviwe Mapisa-Nqakula, however, ordered the investigation reopened after it emerged that witnesses to the assaults had not been interviewed.

Ipid investigators, who interviewed 23 witnesses to the assault, found against Johannesburg metro police officers for failing to stop the assault.

JMPD officials were on patrol with soldiers in the township at the time of the assault.

Gauteng police spokesperson Brigadier Mathapelo Peters said the investigation was still under way and was being conducted by detectives from the provincial investigating unit.

Asked if detectives had questioned any of the witnesses who had been interviewed by Ipid investigators, Peters said: “Police are working closely with the directorate of public prosecution’s office for prosecutorial direction. We are not at liberty to disclose how or from where evidence and information is sourced during a running investigation.”

She said no suspects had been arrested.

Asked whether their investigation had been concluded and if so what actions had been taken, military ombudsman spokesperson Nthombikayise Jacha said: “We are still busy with the investigation and are not in a position to give any feedback.”

‘It’s a cover-up’: Collins Khosa witnesses tell us what they saw

No, Bheki Cele, police brutality is not justifiable. Ever

SA had to have a hard lockdown because we don’t trust our government. Little since has made us change our minds
Ideas
1 year ago

The SANDF failed to respond to questions e-mailed and SMSes to them a week ago about investigations by the military police.

Muvhango told Times Select on Tuesday, that he had been questioned by the police with regards to the assault.

He said on Tuesday he had assisted officers with their inspection of the crime scenes.

“There were officers at the scene taking GPS coordinates. They also took GPS-coordinate readings on the N3 highway, where my neighbours were dumped by the soldiers, who kidnapped them after they videoed our assaults.”

Khosa’s brother Laster Khosa said that they had heard nothing from the police.

“No one has spoken to us. No one seems to be able to tell us what is going on, or when or if anyone will be held responsible for killing my brother.

“All we want, from the family, is for justice to be done.”

No, Bheki Cele, police brutality is not ...

Double pain for Collins Khosa’s widow as his ...

Whatever you do, do not pay a lockdown admission ...

EDITORIAL | The verdict is … a nagging question: ...

Conquering lockdown and loneliness, one cake at a time