‘I’ve never seen anything like this,’ says Dennis Davis of the retrenchments, which he labelled illogical 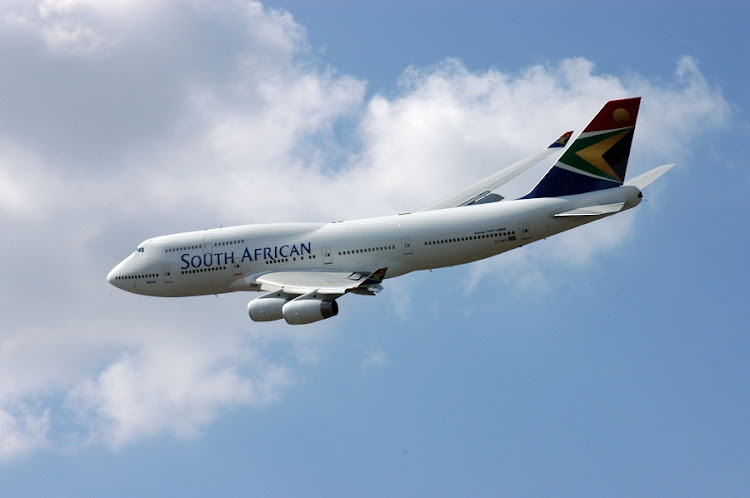 Winging it SA Airways' business rescue practitioners are in court with the government over impending retrenchments.
Image: Supplied

The blow came during an appeal on Tuesday against a May labour court ruling ordering them to halt planned retrenchments at the airline.

Criticising the argument put forward that a retrenchment process was necessary to save SAA before a business rescue plan had been formulated, Davis said this normally took place afterwards “not at the first stage before a plan has been produced”.

Davis, who helped draft legislation surrounding business rescue, said this was “such an odd case” because it was “never envisaged” in the Companies Act that “six months down the line you would still have business rescue practitioners faffing around”.

“I have to tell you, I’ve been involved in these things since the beginning – I’ve never seen anything like this.”

The matter in the labour appeal court was heard by Davis, acting deputy judge president Violet Phatshoane and Judge Cagney Musi. It follows a ruling in May by Judge Andre van Niekerk which said a business rescue plan had to be presented before employees were invited to consult in a retrenchment process.

I have to tell you, I’ve been involved in these things since the beginning – I’ve never seen anything like this.

The initial case heard in the labour court was brought by the National Union of Metalworkers of SA (Numsa) and the South African Cabin Crew Association (Sacca).

Advocate Andrew Redding, representing business rescue practitioners Les Matuson and Siviwe Dongwana, said the SAA business rescue process had been unlike any other and that even before the Covid-19 pandemic, which disrupted it further, there had been a need to minimise losses in the business.

He said that in certain circumstances, in order to stabilise the business, BRPs may have to reduce staff immediately upon appointment.

Davis, however, said a business rescue matter was meant to be an “expeditious one”.

“I think what you are saying is, ‘I come in as a business rescue practitioner. I take over the temporary supervision of business and at that particular point in time I look around and I say to myself I can start retrenchment process immediately before I actually conceive of my business rescue plan. Before I conceive of a plan to actually save the business I’m already firing people for operational reasons’.”

Davis said the “more logical approach would be to actually develop a plan” first.

“It’s illogical to suggest that this is a bitty structure where you can start firing people for operational reasons before you’ve even conceived of a plan. On your line of argument, it would be the first thing you do – without conceiving whether you can save the business. You may be able to save the business without losing any jobs once you’ve got the whole of the business rescue plan up, which is why the whole thing should go together.”

It’s illogical to suggest that this is a bitty structure where you can start firing people for operational reasons before you’ve even conceived of a plan.

Redding argued that it was possible to “ask the question the other way round” and that “you might not know whether you can develop a plan before the retrenchment process”.

Davis said the “whole idea of the investigation and the plan” is to “do precisely what the act intended, which is to investigate whether in fact you can save the business”.

BRPs ‘did not do their job’

Advocate Tembeka Ngcukaitobi, representing Numsa and Sacca, said that in terms of the Companies Act, a business rescue plan should be completed within 25 days of appointing BRPs.

“This is exactly the heart of the problem: we have business rescue practitioners who did not do their job,” said Ngcukaitobi.

“If they had published the business rescue plan as the statute requires them to do within 25 days, they would have said there is urgency in the retrenchment and we are providing for that urgency in the plan itself and you can make your comment in the context of the development of the plan at a creditors’ meeting.

“So what we have is business rescue practitioners who have taken R30m of taxpayers’ money but they have singularly failed in the discharge of their mandate.”

Setting out his argument that the appeal should be dismissed, Ngcukaitobi cited a February case where Numsa had approached the court to intervene after the BRPs began talking about reorganising routes, which they believed amounted to retrenchments.

So what we have is business rescue practitioners who have taken R30m of taxpayers’ money but they have singularly failed in the discharge of their mandate.

He said the court had ruled against the union, saying that Numsa’s application was premature and that “company which is under business rescue can only contemplate retrenchment in a statutory document known as a business rescue plan”.

Ngcukaitobi said at that stage SAA “was quite happy to embrace that outcome”.

“The fact of the matter is that finding suited SAA in February. They then began a retrenchment process by a voluntary process and by consultation, but they are now bound by the same outcome that suited them three months earlier.”

He said retrenching in the absence of a plan was a “very haphazard process” because “nobody knows how you contemplate the restructuring of the business as a whole”.

Redding said “a lot of criticism” had been directed at the BRPs relating to the issue of a 25-day cap on the publication of a rescue plan.

“Of course there is not a cap. The act provides for extensions, and extensions have been sought and legitimately granted by the creditors.”

I don’t quite share your sanguine attitude [about BRPs] ...

Redding said there had also been “no suggestion” that the BRPs had behaved improperly and that “no application has been made for their removal”.

He said the BRPs were given SAA to try to rescue, but throughout this process there had been an “inadequate amount of post-commencement finance that didn’t come”.

He said a great deal of effort was spent by the BRPs in the first month or two of the process in trying to secure this funding.

“What nobody will deny is that this has been perhaps one of the most high-profile business rescues in the country and it has involved the most extraordinary complications and it is taking place during a pandemic.”

Davis said the conduct of the BRPs was not “critical” to the case before the court.

“I don’t quite share your sanguine attitude about them but that is irrelevant. What is relevant is that the act sought an expeditious process, meaning that within 25 days there should be a business rescue plan which will include the possibility of retrenchments.”

The rot at SAA is probably too deep for business ...

SA is killing itself by keeping failing SOEs on ...

Small businesses pay a huge price when jobs are ...

From dynamic leader to Twitter lunacy - what on Earth happened to Zille?