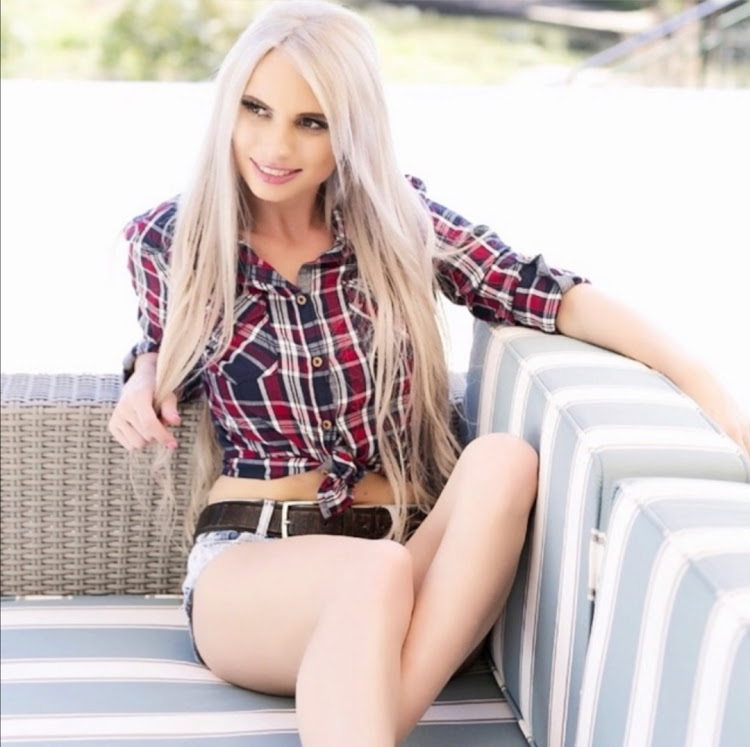 Pretoria Instagram influencer and fitness figure Simone Kriel is staring down a criminal probe and could face jail over her comments that denigrated Jews by declaring Hitler an innocent man.

But Kriel has now doubled down, insisting she stands by her statements that Hitler was innocent.

“I don’t see myself as a Nazi. I see myself as an Afrikaans Christian and I am not worried about the police, I am taking a stand,” she told the Sunday Times this week.

In a hate-fuelled rant on the social media platform in May, Kriel wrote: “The f***n Jews are greedy as f**k and they will wage war against countries and races, based on lies and deception to get what they want.

“It was the Jews that bombed, raped, sodomised and burned all people in Germany alive. Hitler innocent. Our history has been twisted to favour the Jews without question.”

The jarring comments have drawn condemnation from the South African Board of Jewish Deputies (SAJBD), with deputy chair Karin Milner opening a case of crimen injuria.

Social media law expert Emma Sadleir said Kriel’s stand may come back to bite her in a criminal trial.

“Even if she did apologise, she is open to be charged for this case, be it for crimen injuria or hate speech.”

Kriel said her caustic viewpoint was informed by “research” she had done using the internet, after becoming irked by the national lockdown.

“It made me start to think who was controlling the money in the world and how the entire globe could be brought to standstill by this pandemic,” she said, insisting that the global health crisis was a conspiracy.

Detailing her research, she said she had watched about 20 hours of YouTube documentaries.

Kriel was adamant she would not be silenced, adding that her “truth” would be heard. Despite maintaining what she said was true, her Instagram page and Facebook profile have been taken down.

But for 98-year-old Ella Blumenthal, who survived life in three concentration camps in occupied Poland and lost 22 of 23 family members in the Treblinka extermination camp, Kriel’s comments cut to the bone.

In a letter she wrote to Kriel from her home in Johannesburg, she said she was saddened.

“I, like millions of others, had fallen victim to the vicious propaganda machine the Nazis relied on to advance their evil agenda. Today they call propaganda ‘fake news’ but it is the same thing. I think what you saw was a lie,” Blumenthal wrote.

“I know this because I lived the truth and I have carried it with me, in my heart, for more than 7 decades. You see Simone, you can never forget what I saw, what I endured and what I survived.

“I am sad because like me, you too were a victim of lies that seek to breed hatred and disgust. Lies that seek to divide us and make us fearful of one another. And I am also angry. Not at you, but at those who still seek to make others the victims of their own fear.

“Simone, I am 98 years old. And if I have learnt one thing, it is that to live as a victim of fear, is to live in pain. I do not wish this on you any more than I wish it on myself,” she said.

You see Simone, you can never forget what I saw, what I endured and what I survived.

“I would love to meet with you when circumstances permit. Maybe I will tell you my story, and you will tell me yours. I know we will learn that far more unites us, than divides us. And maybe together, we will find a way to shine light into our fractured world,” Blumenthal added.

“One thing we have learnt is that comments like these can have consequences. It’s a slippery slope because this spreads and then it is justified by others that Jews are evil and need to be destroyed,” she said.

Milner said the board had written to Kriel after the posts surfaced, setting out why they were offensive and calling for an apology.

She added that Kriel received the letter, and when they were snubbed, took their fight to the police.

SA Jews have often been the target of hate speech and intimidation. In 2015, the equality court interdicted Snowy Smith from disseminating bulk anti-Semitic e-mails.

In the 1980s, Yvonne Malone was arrested and charged for allegedly dumping a swastika-emblazoned pig’s head on the steps of a Durban synagogue. She fled to the UK, where she was later convicted of fraud.

It’s not okay to compare lockdown with Holocaust, ...

Hoping Covid-19 carnage will save the planet? ...