The arrival of Islam on the southern of tip of Africa is a brutal story of slavery and imperialism when the Dutch colonised the Cape of Good Hope in the 1600s.

Slaves who had been captured in other Dutch colonies in Southeast Asia were sold to Dutch settlers and continued to practise Islam, but in secret.

On the east coast of our continent, however, the history of Islam is a far older one and speaks of conversion that came about from the rich trade that was happening there.

In a new study just published, scientists describe over 50,000 animals bones that were found in the eastern section of Ethiopia and which reveal that as far back as the eighth century, there were Africans who had already adopted Islam as evidenced by halal dietary practices.

Three urban sites (Harlaa, Harar and Ganda Harla) were excavated to see if the remains of animals could shed light on diet and lifestyle.

The researchers, led by Prof Timothy Insoll from the University of Exeter which partnered with the Ethiopian Authority for Research and Conservation of Cultural Heritage, were surprised to find that long before mosques were even built in the area, there were already locals who had embraced the religion.

The researchers say they “recovered substantial assemblages of faunal remains” and went about analysing them in search of clues of Islam.

They found that Islam was already taking root there, but in the context of a very cosmopolitan and multicultural milieu where “different traditions were developing” alongside one another. 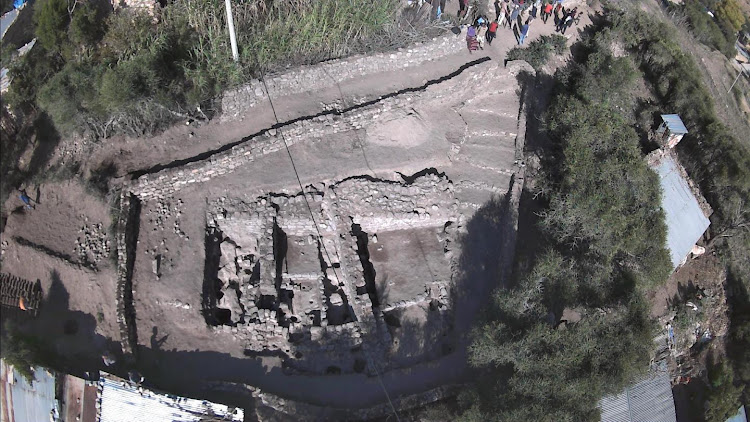 “Conversion to Islam was evident, and although issues of non-observance, mixed communities and dietary eclecticism have to be acknowledged, the appearance of a similar range of butchery techniques suggests these were linked with the appearance of Muslim traders, and the subsequent spread of Islam,” says Insoll.

This means that these early Muslim communities in Africa were seeded in Ethiopia about eight centuries before enslaved Muslims arrived on the shores of SA.

The study, published in the Journal of African Archaeology, indicates that the discarded remains of meals eaten many hundreds of years ago can provide “very important information on diet, but also religious conversion, trade and the use of animals for transport and work purposes in Islamic societies in Africa which have been largely neglected by archaeologists”, say the researchers.

It also helps to join the dots of the history of Islam on African soil.

In southern Africa, far from Islam arriving through influence and conversion, it was a capital crime to practise the religion.

As the Muslim Judicial Council in SA explains it, “the practice, propagation and teaching of Islam were outlawed and punishable by death”.

An “added incentive for their ignoble intentions was that any slave who converted to Christianity was freed from slavery”.

Therefore, the early Cape Muslims of the Cape Colony – in honour of the dedication of their forefathers to Islam – “made every effort to preserve their religion, despite the opposition”.

For example, the sighting of the Hilaal (crescent moon) and the Athaan continued in those early years despite prejudice and discrimination against Islam, even in secret when Islam was banned in the Cape.

Bad as all this is, let’s be grateful Genghis ...

Decade of work strips 90km of sea for a glimpse ...

Myth busted: our ancestors ate carbs and veg, not ...

Steam train operator stopped in his R5m tracks by Transnet

With no community testing, could Life Esidimeni face even more deaths?