‘We’re trying to protect you’: NDZ ropes in boffins for cig case ... 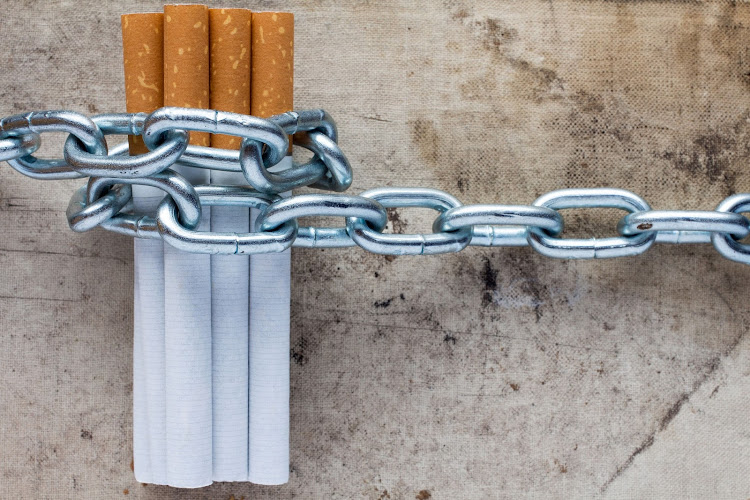 Minister of cooperative governance and traditional affairs Nkosazana Dlamini-Zuma has armed herself with a panel of experts as the government fights back against a court case pushing for the lifting of SA’s controversial ban on tobacco products.

The Fair-Trade Independent Tobacco Association (Fita) has taken the government to court, demanding that it sets aside the regulation prohibiting the sale of tobacco products during lockdown.

On Wednesday, Dlamini-Zuma filed an affidavit to the case at the high court in Pretoria, saying Fita failed to make out its case (and that the case should be dismissed with costs as a result), and including affidavits from experts who were in strong support of the ban.

One of those experts, Dr Catherine Egbe, the head of the Alcohol, Tobacco and Other Drug Research Unit of the South African Medical Research Council, concluded that, after having reviewed the available literature, smoking did increase the risk of contracting and transmitting Covid-19.

This was in support of Dlamini-Zuma’s case that, ultimately, the ban was put in place to protect South Africans from the spread and severity of the respiratory illness, and also to safeguard the healthcare system.

“The overarching rationale for the decision to prohibit the sale of tobacco products was to protect human life and to reduce the potential strain on the healthcare system.

“The Constitution imposes positive duties on the state to protect, promote and fulfil the rights in the Bill of Rights – including the right to life and the right of access to healthcare services. Any decisions concerning lockdown measures must be taken with this duty at the forefront.

“From the studies that have been done so far, the evidence is that the use of tobacco products increases not only the risk of transmission of Covid-19 but also the risk of developing a more severe strain of the disease. This, in turn, increases the strain on the healthcare system by increasing the number of people who will need access to resources such as intensive care unit beds and ventilators.

“Prohibiting the sale of tobacco products during level 4 lockdown serves to reduce these risks,” Dlamini-Zuma says in the affidavit, a copy of which is in the possession of Times Select.

Many of the immunological abnormalities seen in smokers resolve within six weeks of smoking cessation, normalising the immune system and preventing pulmonary infections.

Egbe, in her affidavit, said smoking was, in general, harmful, and that tobacco was the “leading preventable cause of death and disease globally”.

Smoking caused enzyme changes in the lungs, effectively meaning smokers have “a greater number of receptor sites for SARS-CoV-2 compared to non-smokers”.

“Another reason that smokers are at increased risk of contracting the virus is that smoking behaviour is characterised by repetitive hand-to-mouth movements, which are strongly advised against as a preventative measure to reduce viral self-contamination and to curb the spread of Covid-19,” she said.

Another expert, Prof Kennedy Nyamande, head of pulmonology at the Nelson R Mandela School of Medicine at the University of KwaZulu-Natal, was also in support of the ban.

Nyamande said the effects of cigarette smoke and other tobacco products on the respiratory system were “devastating”.

He said many of the immunological abnormalities seen in smokers resolve within six weeks of smoking cessation, normalising the immune system and preventing pulmonary infections.

In her affidavit, Dlamini-Zuma said that prohibiting the sale of tobacco products had “proven to be an effective measure for reducing the number of people smoking, or the amount they smoke”.

“In a situation of evolving scientific knowledge and with infection numbers rising, a responsible government has to take a cautious approach,” she said.

However, in court papers filed a few days earlier (Friday, May 29 2020), Fita rubbished the claim that banning cigarette sales would make people give up smoking, saying this was “untenable and not supported by evidence”.

Fita chairperson Sinenhlanhla Mnguni said the reasons for the decision revealed a focus on the health hazards associated with the use of tobacco products. He said there was “no rational basis” to the ban.

“The approach taken in relation to the prohibition in question is nothing less than remarkable, and apart from there being no rational basis for the prohibition – there simply being no evidence justifying it – there has been no consideration given to proportionality,” said Mnguni.

“The prohibition is also out of step with the vast majority of countries throughout the world.

“There is also not any rational consideration given to the enormous harm that has been and continues to be occasioned to not only the economy, employment, livelihoods, but also to the health and safety of individuals.

“It is undeniable that simply and summarily preventing smokers and users of tobacco products from using these products gives rise to very serious physical and emotional adverse consequences. This leads to many users resorting to illicit, non-regulated products that pose a significant health hazard.

“The tobacco ban is an anomaly within the context of the regulations considered as a whole, which have gradually been relaxed,” he added.