Scientists studying bats are keen to expand their research to include Covid-19, but need more money 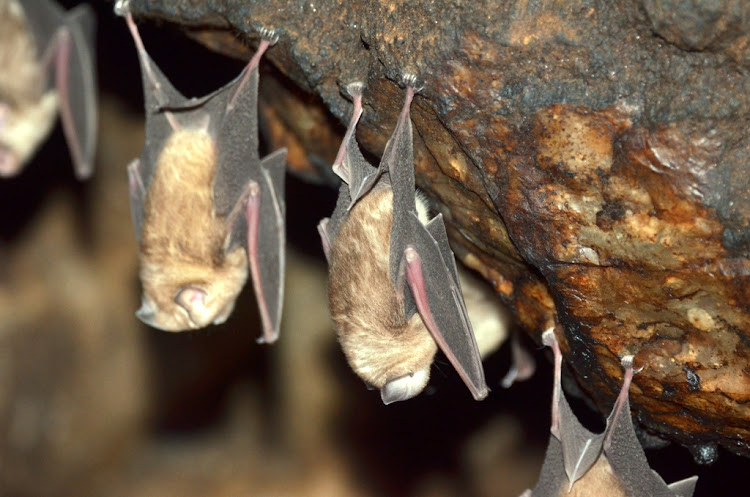 HANGING OUT Bats in a cave in Zimbabwe.
Image: Florian Liégeois

Scientists scouring two bat-filled cave systems in Zimbabwe have identified different types of coronaviruses, a development which could help us better understand how pathogens spread from animals to humans.

The research, carried out by French and Zimbabwean teams, discovered coronaviruses in two colonies of insectivorous and cavernous micro-bats in the Kwekwe and Hurungwe districts.

People from nearby communities regularly visit the caves to collect bat guano for use as fertiliser on their crops.

“What we know is that bats carry lots of different kinds of coronaviruses,” said IRD virologist and project leader Dr Florian Liégeois.

What we know is that bats carry lots of different kinds of coronaviruses.

“This [SARS-CoV-2, or Covid-19] is not the first coronavirus to cross the boundary between animal and human. Some years ago it was the MERS-CoV, just before it was the SARS-1 and we also have four other coronavirus strains which are very common in the human population.”

Humans have known about some of these strains for 60 years, he said.

“We know now we can have different coronaviruses which can [effect] cross-species transmission.”

Liégeois said the work being carried out in Zimbabwe was not about the SARS-Cov2 virus specifically, but on the genetic diversity of the different coronaviruses which are carried by bats.

The research would help develop molecular and serological tools to be able to detect the new virus rapidly, he said.

“The idea behind our project is to be able to design new tools quickly to be able to detect all these viruses in the human or domestic animal populations. This is our first aim.”

While the research teams were not working with the SARS-CoV-2 virus, Liégeois said he hoped they soon would.

“For that we need to find some more money. It’s expensive research.”

The research would extend beyond Zimbabwe into other parts of Africa.

“What we would like to do here in Zimbabwe is work on the genetic diversity of the SARS-CoV-2 which circulates in the population.”

Getting the go-ahead to do such work would require ethical clearances, he said.

The current pandemic is, among other things, linked to the reduction of wildlife habitat.

Dr Elizabeth Gori, a specialist in veterinary biochemistry and molecular biology at the University of Zimbabwe, said it was essential to know what pathogens the bats carried, as they could be transmitted to humans.

“The current pandemic is, among other things, linked to the reduction of wildlife habitat,” she noted.

Coronaviruses are a family of viruses whose types “alpha” and “beta” affect mammals. SARS-CoV-2, causing the Covid-19 pandemic, is a beta coronavirus.

Bat droppings are analysed and the coronaviruses are extracted.

The next step is to sequence the virus’ RNA, its genetic signature.

“If we know the genetic characteristics of these viruses better, we will be able to react better,” said Liégeois.

“We are, in a way, preparing a toolbox to be used in the event of transmission of a new coronavirus to humans.”