It’s ‘review, amend and republish’ as judge finds regulations trample all over the Bill of Rights 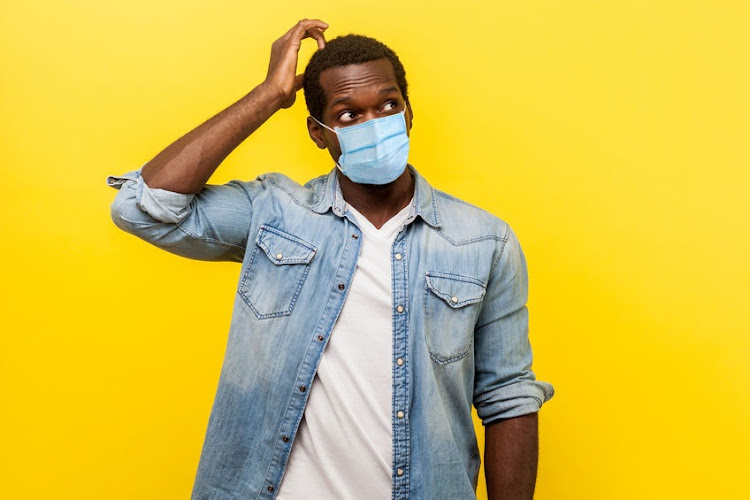 The government’s lockdown regulations are “no longer rationally connected” to slowing the spread of Covid-19, are not well thought out, and consequently encroach on the Bill of Rights.

In a North Gauteng High Court judgment on Tuesday, judge Norman Davis declared that the level 4 and level 3 regulations, promulgated by cooperative governance and traditional affairs minister Nkosazana Dlamini-Zuma, were “unconstitutional and invalid”.

However, the lockdown regulations will remain in place – for the next two weeks anyway.

Davis suspended the declaration of invalidity for 14 days, giving the government time to “review, amend and republish regulations” which were consistent with the constitution.

The government said it was studying the judgment.

The matter was brought before the court on an urgent basis last week (it was heard on May 28) by an organisation called Liberty Fighters Network. The Hola Bon Renaissance Foundation, which lost a bid in the Constitutional Court in March to have the lockdown declared unconstitutional, joined the application as a friend of the court.

The judge said that his ruling did not reflect the ban on cigarette sales, as he argued that another court was specifically dealing with this controversial matter.

The judge ruled that the establishment of the state of disaster was in itself valid, but was critical of the regulations promulgated. He was also critical of the government’s seemingly lax response to the case.

Davis said the case was initially set down for May 19, but the minister’s office – which had been given an “admittedly short time” to respond – didn’t do so in time. An extension was then negotiated by the state attorney for May 22, “which deadline was also missed”.

The judge said he then ruled that an answering affidavit had to be given by May 26, a deadline finally met by the Cogta director-general on Dlamini-Zuma’s behalf.

Davis was particularly concerned about some of the individual regulations under levels 4 and 3, saying that little thought appeared to have been given to how those regulations infringed on individual rights.

The judge said his ruling did not reflect the ban on cigarette sales since another court was specifically dealing with this controversial matter.

“The clear inference I draw from the evidence is that once the minister [Dlamini-Zuma] had declared a national state of disaster and once the goal was to ‘flatten the curve’ by way of retarding or limiting the spread of the virus (all very commendable and necessary objectives), little or in fact no regard was given to the extent of the impact of individual regulations on the constitutional rights of people and whether the extent of the limitation of their rights was justifiable or not,” the judgment reads.

In terms of some of the specific problematic regulations, Davis questioned how family members were allowed to gather for funerals but denied the chance to be with their loved ones – in controlled, more private and less communal settings – in their last days.

“The disparity of the situations are not only distressing but irrational.

“Random other regulations regarding funerals and the passing of persons also lack rationality. If one wants to prevent the spreading of the virus through close proximity, why ban night vigils totally? Why not impose time, distance and closed-casket prohibitions? Why not allow a vigil without the body of the deceased?

“Such a limitation on a cultural practice would be a lesser limitation than an absolute prohibition. If long-distance travel is allowed, albeit under strict conditions, a vigil by a limited number of grieving family members under similar limitations can hardly pose a larger threat. And should grieving family members breach this prohibition, their grief is even criminalised,” the ruling read.

Random other regulations regarding funerals and the passing of persons also lack rationality.

Among the other regulations the judge said were irrational were the time limit on exercise (which has since been lifted), the general restriction of movement, especially for those confined to small places in their numbers, and the exclusion from the economy of informal sectors such as hairdressers.

“To put it bluntly, it can hardly be argued that it is rational to allow scores of people to run on the promenade but were one to put one foot on the beach it will lead to rampant infection.

“And what of the poor gogo who had to look after four youngsters in a single-room shack during the whole lockdown period? She may still not take them to the park, even if they all wear masks and avoid other people altogether.

“I am certain, from what I have seen in the papers filed in this matter and from a mere reading of the regulations, even including the Alert Level 3 regulations, that there are many instances of sheer irrationality included therein,” the judge said.

Davis argues in his conclusion that the regulations that govern alert levels 4 and 3 are not “rationally connected to the objectives of slowing the rate of infection or limiting the spread thereof”.

He goes on to say that not only do some of the regulations fail to pass the test of rationality, they also encroach on rights guaranteed in the Bill of Rights in a manner which is not “justifiable in an open and democratic society based on human dignity, equality and freedom as contemplated in Section 36 of the Constitution”.

LFN’s Reyno de Beer said he was “relieved” by the judgment.

“The court agreed that the lockdown regulations are unconstitutional and invalid. The court realised that the mere suspension or upliftment would not have been a good idea, so it has given the minister [Dlamini-Zuma] two weeks to rectify the mistakes and report back to court,” he said.

The court agreed that the lockdown regulations are unconstitutional and invalid.

The cabinet said it was studying the judgment.

“Government has taken note of the judgment delivered by the Gauteng division of the high court today, June 2, declaring the alert level 4 and alert level 3 lockdown regulations unconstitutional and invalid,” it said on Tuesday.

“The court suspended the declaration of invalidity for a period of 14 days. This means that the alert level 3 regulations remain in operation for now.

“The court has further directed the minister of cooperative governance and traditional affairs [Nkosazana Dlamini-Zuma], in consultation with the relevant ministers, to review, amend and republish the regulations with ‘due consideration to the limitation each regulation has on the rights guaranteed in the Bill of Rights’.

“Cabinet will make a further statement once it has fully studied the judgment.”

Lord help us: ministers clear as mud on church ...

OPINION | Cyril caves to churches, so cue the ...

You hoped Cyril would give details on easing ...