What on Earth? Damage to satellites as world’s magnetic field ...

The sight of SpaceX’s Falcon 9 rocket blasting off from Florida, in the US, on Saturday put space back in the headlines, but it’s likely to be there much more often, thanks to a mysterious development off the west coast of SA. 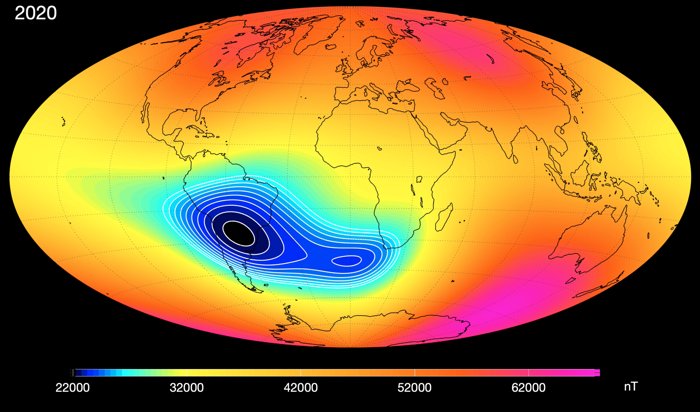 Earth’s magnetic field is weakening between Cape Town and South America, according to observations from the European Space Agency’s Swarm satellite, with profound implications for cellphones, the global positioning system and even animal migration.

Scientists have dubbed the phenomenon the South Atlantic Anomaly and say it is a sign that Earth is heading towards the first pole reversal in 780,000 years. 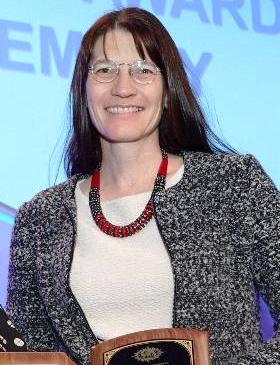 Wits University geophysicist Prof Susan Webb told Times Select the immediate effects of the weakening include “damage to satellites, radiation hazards [for high-altitude air travel], navigation adjustments [including to your cellphone] and changes in ground currents that may affect local electrical infrastructure”.

Webb said low Earth-orbiting satellites could experience GPS blackouts as they passed through the anomaly. “By studying this effect we can build better protections into satellites to mitigate data losses as the Earth’s magnetic field decreases and changes,” she said.

Jurgen Matzka, a geomagnetism expert at the German Research Centre for Geosciences, said the extra protection, due to higher radiation levels, would make satellites more expensive.

Currents induced in the ground from “solar storms” could damage electrical infrastructure, a phenomenon that was well known at high latitudes, but which was seldom seen and poorly studied in SA, said Webb.

“There will be adjustments to cellphones and other navigation systems [aeroplanes use the magnetic field as a backup system], as the Earth’s field weakens and the poles move in position,” she said.

Webb said the field shields the planet from harmful cosmic radiation and high-energy charged particles. As it weakened, more of these particles would make it closer to Earth’s surface, “but not yet in harmful quantities”.

She added: “Humans haven’t yet recorded a reversal of the Earth’s magnetic field (about every 250,000 years) and one of the motivations for the Swarm satellite mission is to better understand the changes we are observing.”

Many scientists believed we were at the start of a full magnetic reversal, though there was controversy about this.

“We don’t know exactly how long reversals take, but estimates are from 2,000 to 12,000 years,” said Webb. This meant we would not observe the reversal in our lifetime, “but it is important to study as that will have dramatic effects”.

Falcon 9, owned by South African-born Elon Musk, took two Nasa astronauts to the International Space Station, where they will spend between 30 days and four months. This is the first manned US space mission in almost a decade.

A tribute to the river that runs in their veins

If your heart’s in art, keep your eye on this child prodigy