Blues, booze and thieves with tunnel vision: welcome to level 3, ...

Monday was marked by frustration, tears and jubilation as the country lurched into lockdown level 3 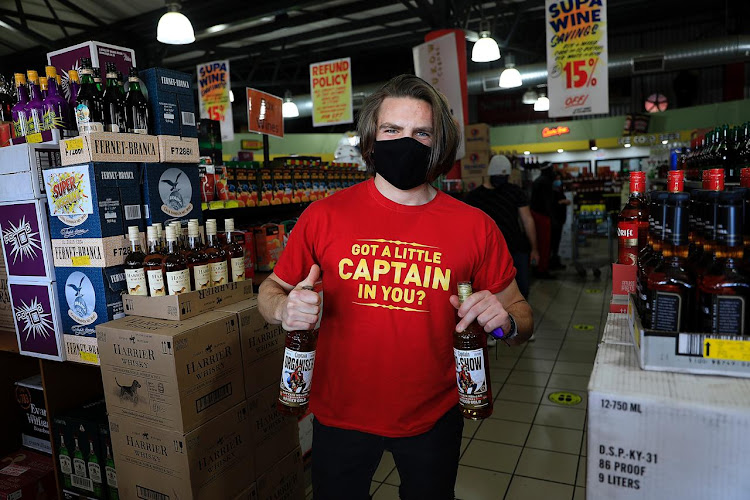 Aye on the prize South Africans queued outside a Liquor City shop in Johannesburg from early on Monday morning.
Image: Alon Skuy

Many millions returning to their jobs, snaking queues of jubilant drinkers outside bottle stores, frustrated taxi commuters, dejected school children, and a deflated education minister conceding our classrooms were not yet safe for returning pupils.

This is what characterised Monday as South Africans prepared for a new life under the first day of level 3 of Covid-19 lockdown. Highways were by early morning streaming with cars, and taxi ranks overflowed with workers hurrying to get to their jobs.

But the onset of level 3, which is to bring much-needed financial relief to millions of families, sees an education system left paralysed, with some private schools opening for Grade 7 and 12 pupils but their public counterparts remaining firmly shut. 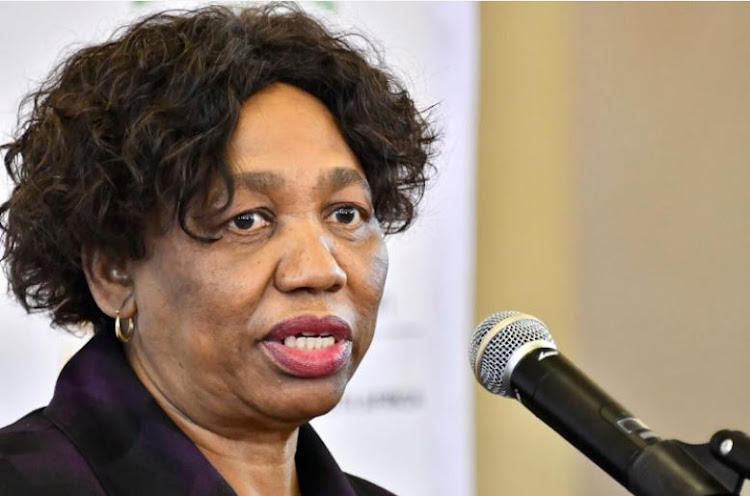 Basic education minister Angie Motshekga, who told the nation last week that schools would reopen on Monday,  instead spent the morning apologising for the week-long delay announced on Sunday night.

Motshekga said the blanket opening of schools would have been “risky”. The last-minute decision to postpone the reopening until June 8 was based on the fact that while some schools were ready, others were still waiting for water tanks to be delivered. In addition, not all teachers had been adequately trained in new Covid-19 procedures.

“Therefore, it would be risky to have a blanket opening of schools. It took us a long time on Saturday to arrive at that,” she said.

Her announcement followed the weekend’s meeting between the department, the Council of Education Ministers and teacher unions.

“At the outset, I must acknowledge the furore the postponement of Sunday’s media conference caused, and for that I sincerely apologise,” said Motshekga.

For Thando Hani, a Grade 7 pupil from Atteridgville, Pretoria, the announcement was bitterly disappointing.

She had woken at 5am to prepare for school, only to have to return home a few hours later dejected after learning, on arriving at the school gates, that classes would only resume next week.

“I am disappointed as I was willing to get back to school.” For pupils at the private Clinton School in Durban, however, it was all systems go, with the headmaster ignoring Motshekga’s instructions.

Principal Dave Knowles said they were expecting 80% of their pupils to return, and those who chose to stay at home could continue learning online.

Motshekga’s about turn has left many parents fuming, with one Grade 7 mother describing the miscommunication as “torture”.

“My child has already polished her school shoes, got her uniform ready and her bag packed. She’s excited about going to Grade 8 next year and is excited to go back to school. This is really not fair.”

Other parents felt frustration for another reason. Bishop Lavis residents on the Cape Flats picketed outside Bergville Primary School to voice their concern about both children’s and teachers’ health. 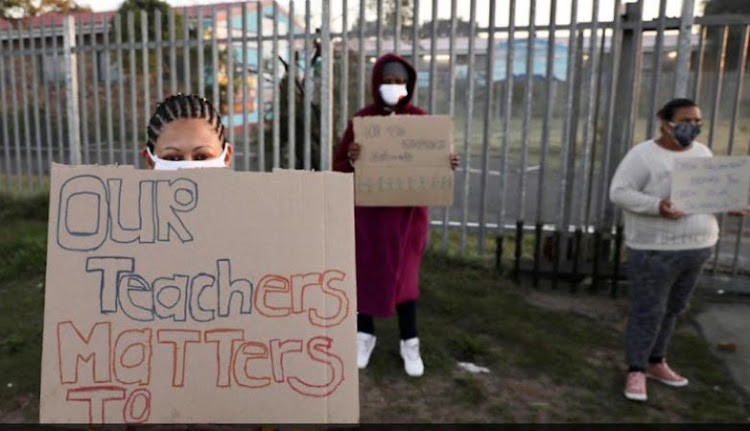 Parents were not the only ones left frustrated on Monday. 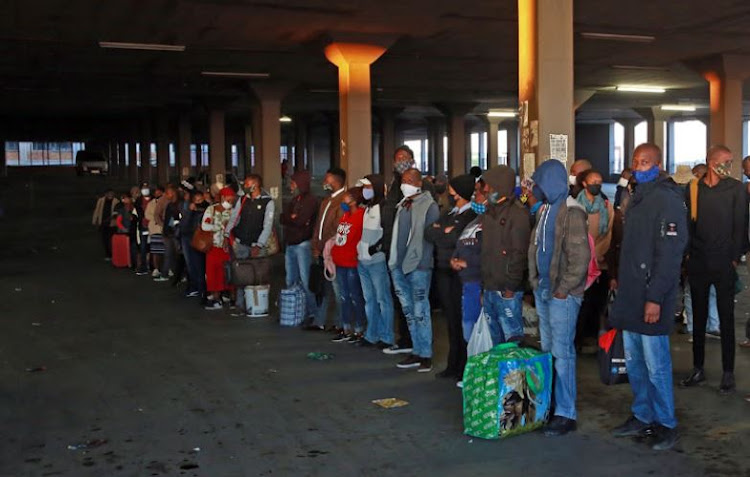 “We only carry 70% as stated in the regulations, but passengers are complaining,” he said, adding that there had been an increase in passenger numbers.

Sarah Baloyi was one commuter frustrated by delays from having to wait for half-empty taxis to return from drop-offs in Midrand.

Baloyi, who had been waiting more than hour for a taxi, said: “We are getting late on our first day.”

Itumeleng Chauke feared the wrath of his bosses, who he said were now even stricter.

“It’s going to be difficult to explain at work why I am late.”

It’s going to be difficult to explain at work why I am late.

For many, however, level 3 brought jubilation and cheers, ending what has been an extremely dry 66 days, since the sale of alcohol had been banned since March 27.

While the ban was lauded by some in President Cyril Ramaphosa’s cabinet, by Monday morning not even the stern warnings of transport minister Fikile Mbalula on how alcohol should be consumed responsibly could stop hordes of thirsty South Africans from gathering outside bottle stores. 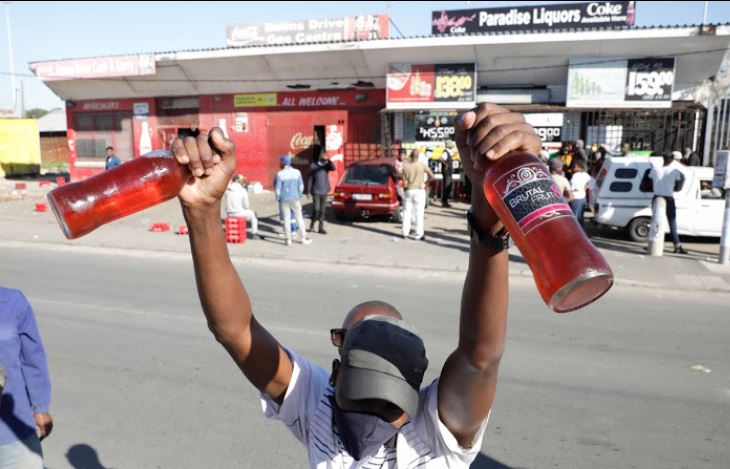 End of a drought For many like this Nyanga, Cape Town resident the arrival of lockdown level 3 was reason to celebrate.
Image: Esa Alexander

Stembiso Cwele of Durban, speaking from his spot in a queue outside Umlazi’s Mega City Mall, said he was preparing for a level 3 party, having spent R1,500 on liquor.

“We’ll abide by the law and drink at home. That doesn’t mean we can’t have a good time.”

Customers at Ferndale Liquor City in Randburg observed social distancing as they queued and were sanitised before being allowed into the shop.

“I’m obviously happy because I can’t link alcohol with the virus. I understand why the government did not allow taverns to operate because people would chill there,” said a customer who did not want to be named.

He had survived the alcohol ban “through the black market”, but did not want to divulge how much he spent.

The queue to buy liquor at Makro Alberton as lockdown moves to stage 3. pic.twitter.com/xXwtBgfxEe

In Johannesburg, an elated Stoffel Buys, who filled his bakkie with beer and brandy, said he had bought enough alcohol to last him a day.

“I will come back tomorrow for another bakkie load,” Buys chuckled.

He said he had also spent a “lot” of money on alcohol he bought on the black market.

Man who wants to remain anonymous drinks a Flying Fish at 09:55 outside the Checkers Liquor store in Cape Town CBD. He says it's been too long since his last drink and just couldn't wait. #level3lockdown #LockdownLevel3 #June1st @TimesLIVE pic.twitter.com/bCvycI2uOK

In Cape Town, a man who did not want to be named gulped down his first beer shortly after buying it on Monday morning outside the Checkers liquor store on Kloof Street.

“I needed this, it’s been a while, hey,” he said, adding he had bought two six-packs and gin. He reckoned it would last the day. “I don’t want to drink every day ... I want to drink today, just a welcoming [drink].”

The queues left many smiling but for one  bottle store owner it was a bitter start to what was meant to have been a prosperous day.

Tunnel vision A R50,000 reward is offered for information leading to the successful arrest of thieves who tunnelled into a liquor store in central Johannesburg.
Image: Shoprite

Choosing the floor instead of the door, thieves made off with R300,000 in whisky, gin, vodka and beer after tunnelling into Shoprite LiquorShop in Newtown Junction, Johannesburg.

The burglary occurred sometime between lockdown level 5 and 4.

The theft, and gaping hole which was covered by a duvet, was discovered by the manager on Friday as she prepared for Monday’s reopening.

Using electrical and stormwater tunnels beneath the mall, the thieves got into the store by tunnelling through the solid concrete floor.

Police are hoping a R50,000 reward will lead to their identity being revealed.

EDITORIAL | Beyond smokes, level 3 rules get even ...

Cold facts on cold turkey: the brutal toll of the ...

Restrict booze sales too much and it’ll just be a ...

A very clean takeoff: airports back in action, but not taking any chances