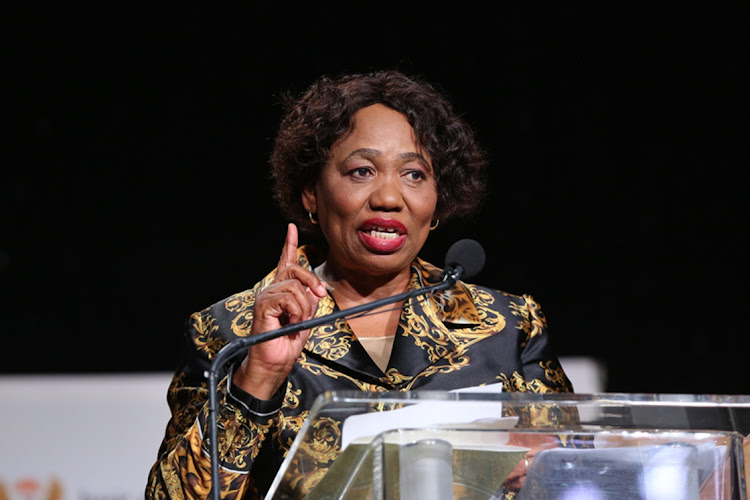 ONWARDS AND UPWARDS During a visit to Gauteng schools on Thursday, basic education minister Angie Motshekga said many schools had achieved the most difficult part of getting lessons back on track - curriculum management.

“They haven’t indicated that if all their health requirements have not been met they [will not come], so I don’t want to assume they won’t. I think they appreciate the importance of them coming to work. If they don’t come, I guess the rule will apply,” she said, referring to the “no work, no pay” policy.

“So if, perhaps, you are too anxious to come to work, it means you have to give the less anxious [a chance to take your place],” she said, adding that there were young, eager teachers waiting to enter the system.

Motshekga was speaking at Seshegong Secondary School in Olievenhoutbosch, near Midrand, which was gearing up to receive just more than 200 matric pupils on Monday.

The minister was taken on a walkabout there and at two other Gauteng schools on Thursday to assess their states of readiness.

The state-of-the-art school was opened by premier David Makhura in November 2017.

‘Prof Jansen’s attack on minister is shocking in the extreme’

His views about reopening schools betray a disdain for those in political office, writes education official
Ideas
2 years ago

Motshekga was told that five classrooms were usually used to accommodate grade 12 pupils. From Monday, this would be increased to 11 to allow for social distancing.

School officials briefed Motshekga on several ways this would be achieved. These included two breaks to ensure the 200-plus pupils were not all out on the school grounds at the same time.

Speaking after the visit, Motshekga said for many schools across the country “the most difficult part, which is curriculum management, has been done”.

“The other parts are just technical,” she said.

With matric and grade 7 pupils expected back in class on Monday, Motshekga said she was not expecting lessons to resume immediately.

“Monday and Tuesday will be used for induction and reorientation for teachers and pupils, and distribution of PPEs to the kids,” she said, adding that schools needed to ensure each child had textbooks, as sharing would not be permitted.

“By Wednesday, I am expecting effective teaching,” she said.

Schools that have not received all their materials and PPE will not be allowed to reopen on Monday.

Motshekga said auditors would be deployed to all schools to assess and ensure readiness.

Welcome to the SA circus. Let’s bring on the clow ...

Need for PPE could rise by 460% in a single month

Shaiking off his shackles, Zuma’s pal is free and ready to splab all