Restrict booze sales too much and it’ll just be a big babelas: ...

Restrict booze sales too much and it’ll just be a big babelas: traders 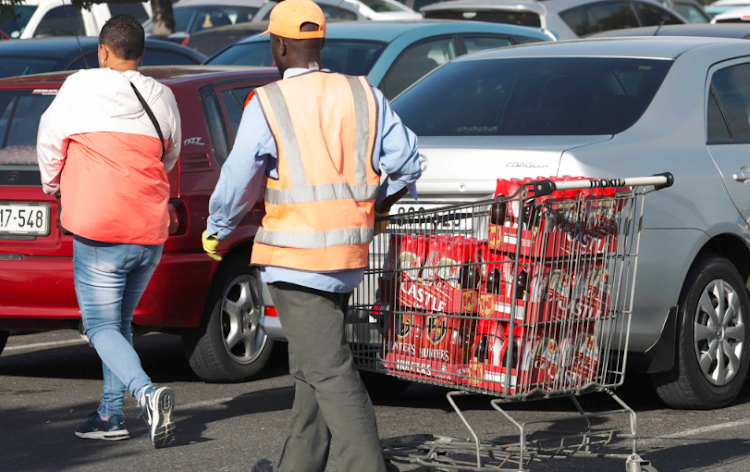 BOOZE TO THE BOOT Alcohol traders are concerned that the regulations under which they will be allowed to operate will be very strict.
Image: Esa Alexander

While most South Africans welcomed the announcement of an eased lockdown, liquor traders have warned overly strict regulations may lead to chaos.

On Sunday, President Cyril Ramaphosa announced the country’s lockdown would be eased to level 3 from June 1, opening up most industries, including the liquor trade.

“Alcohol may be sold for home consumption only under strict conditions, on specified days and for limited hours,” Ramaphosa said.

He said the government’s proposed trading hours were Monday to Wednesday, from 8am to midday.

“These proposed hours will significantly concentrate demand into only four hours per day, for three days a week. Excessive queuing and crowding will make social distancing impossible,” Robinson said.

He said looting and possibly even violence were real possibilities.

On May 8, the association wrote to the government with proposals on how they could operate. Among other things, the association asked for trading to be allowed from Monday to Friday between 9am and 6pm and on Saturdays from 9am to 4pm, with traders closed on Sundays and public holidays.

“Our proposed hours will spread demand and enable retailers to cope while ensuring employees and customers adhere to safety protocols,” he told Times Select.

Robinson said the government acknowledged receipt of their e-mail with their proposals, but they have so far not received any response.

“We are not sure if they have considered what we put forward, but our feeling is that we will operate under very strict conditions,” he said.

The other proposal from the association is the restriction on quantities sold per transaction. The association suggested that consumers be allowed to purchase any five items of liquor, consisting of one tray of beer or ready to drink convenience packs (24 cans or bottles – non-returnable), one crate of beer or ready-to-drink large packs (12 bottles – returnable), one box of wine or sparkling wine (6 bottles), one unit of box wine (one box), one bottle of spirits or liqueur or fortified wine (one bottle).

“A consumer can mix and match any combination of the above, but may not buy more than five items in total,” he said. Robinson said the limit per transaction would be simple to communicate to consumers and staff and also practical to enforce.

He said in preparation for reopening, the association suggested their employees be allowed to start work four days before opening to the public, to enable them to put all relevant safety measures in place on time. It is not yet known if the government will allow this.

Cold facts on cold turkey: the brutal toll of the booze ban

Home deliveries cited as an option

CEO of the SA Liquor Brand Owners Association (Salba) Kurt Moore said the organisation had also previously submitted proposals to the government for their industry to start trading under level 4. He said he believed the  industry played a valuable role in opening up the economy.

Salba represents manufacturers and distributors of liquor products in the SA industry, and its members include Heineken, Distell, KWV, First Cape Wines and Stellenbosch Vineyards.

Moore said the increase in illicit trade during the lockdown was a drain on tax resources. As part of their proposals to the government, Salba was in favour of restricted sales within the off-consumption trade (retail only) and on online platforms (for home delivery), within the prescribed Covid-19 parameters governing safer shopping.

“There is no doubt the ban on the sale of alcohol has affected negatively on many businesses and has put several jobs at risk,” said Moore.

He said Salba had conducted simulations of financial losses to the industry, but these do not represent actual losses. The most reliable data on losses suffered during the pandemic is the R1.5bn loss in excise taxes from their industry.

Under level 3, no bars, taverns or shebeens will be allowed to open. But a consortium of Liquor Trader Associations, representing some 50,000 township-based taverns and shebeens countrywide, has asked the government to operate as off-site liquor sales points.

The association’s Cassius Mogoeng on Monday said it would help manage a “mass descent on very limited stockists”.

“The consortium supports limited hours and daytime sales, but believes that without tavern sales, members of the public will resort to travelling further distances and will put themselves at risk by using public transport in their attempts to try to reach outlets.

“This is also problematic as alcohol is not permitted on public transport.

“Beyond the impact of limited outlets on virus spread, the consortium is also alarmed by the huge financial consequences brought about by the lack of shebeen and tavern sales on the permit holders and operators and their staff. Each tavern usually supports numerous families and provides a vital cash flow into the local community,” said the association.

The government's National Coronavirus Command Council is scheduled to brief the media on Tuesday afternoon around the regulations relating to level 3.

The department of trade and industry did not respond to requests for comment.

These are the rules – whether I hate booze is ...