Miss SA hopeful may say sorry, but she can’t escape her racist ...

Even though she was only a teen when she wrote them, on top of career damage she could still be charged 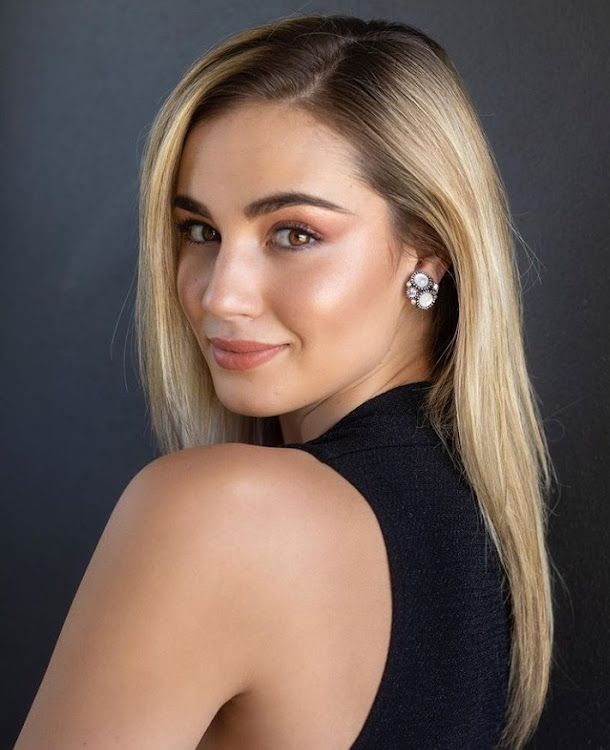 Forgive me Miss SA hopeful Bianca Schoombee withdrew from the pageant after controversial tweets she posted as a teen emerged.
Image: Supplied

Miss SA 2021 hopeful Bianca Schoombee was riding the social media wave as a favourite until offensive and racist posts she wrote on Twitter in 2014 were dug up by users.

After the backlash, the model withdrew from the contest and apologised, saying the tweets as a 14-year-old were not a reflection of who she was today. She expressed hope that the public would forgive her, as she had forgiven herself and “moved on”.

In her tweets, she made reference to the N-word and repeatedly referred to women as “sluts” and “bitches”.

Experts said this is another unfortunate case reiterating the need for parents to monitor their children’s online access and activities.

Ironically it was the model’s Twitter page that won her the hearts of South Africans, after she responded to tweets in the users’ vernacular.

Applications to the pageant opened on May 11 and Schoombee was touted by fans to take over from Sasha-Lee Olivier as the next Miss SA.

Digital law expert Emma Sadlier said Schoombee’s case was a reminder that young people shouldn’t be on social media too early because whatever they did had long-term reputational and legal ramifications.

‘I know if I go to prison I am going to die’ – disguised and in hiding, Marie Basson sits down with Times Select
News
2 years ago

“This is what I call the tattoo effect of the internet. People need to remember that whatever you put online stays online forever. Even when you choose to delete things, there are people who have already screen-grabbed what you posted.”

She said though Schoombee posted the tweets when she was only 14 years old, according to SA law, a 14-year-old has full criminal capacity. However, she said it might be difficult to say whether she could still be held liable for what she tweeted then. Sadlier pointed out, however, that there were two legal consequences — Schoombee could be charged for crimen injuria or be taken to the equality court for hate speech.

“With a criminal charge, the ongoing harm caused by her tweets is the test and the prescription is when last it was available. So here, the tweets were last available on Wednesday.”

Sadlier said now more than ever, young people needed to understand that their online CV was more important than everything else.

Digital transformation strategist Yavi Madurai reiterated that whatever went onto the internet was forever and impressed upon parents that they monitor their children’s online time.

Christo Thurston is using his viral online presence to build people up, not break them down
News
2 years ago

She said the other issue was that parents may have different ideas as to what was acceptable.

“If you can’t say it to a person’s face then you shouldn’t tweet it and parents need to have these kinds of conversations with children because their future employer will be looking through their profiles. Young people often do not understand that what they do may have consequences for their future.”

What's more, most black participants said they would rather have jobs than land reform
News
3 years ago

Clinical psychologist Hayden Lee Knibbs said that clinically speaking it would be difficult to comment on the case because he had no idea of her environment or the context of the communications when she wrote them.

“In principle, someone certainly changes [as they grow up]. Fourteen is a real development stage.

“On the other hand, the impact of what is being said may not change because of the age. For example, a 10-year-old may say something deeply racist and it will still be hurtful no matter the child’s age.

“The impact, intention and context of those tweets is important. And what her response to those tweets now is very important to determine if she has changed her views [since the age of 14].”

SYNC Models, the agency representing Schoombee, tweeted its support for the model on Wednesday, but by Thursday, amid calls that #SYNCModelsMustFall, had parted ways with her.

In a statement, the agency said measures to represent and vet clients’ social media accounts had now been put in place.

“Bianca Schoombee and SYNC Models have mutually agreed to part ways in a civil manner ... her current contracted campaigns have been cancelled with immediate effect.”

The organisers of the Miss SA pageant said though no shortlisting of candidates had been made, “our rules state that any semi-finalist or finalist may not have been involved in any unsavoury or unethical incidents or conduct that may bring the organisers or the Miss South Africa pageant into disrepute.

“Unsavoury or unethical conduct includes, but is not limited to, bribery, racism, sexism, slander or libel.”

Schoombee has since issued another apologetic statement on Twitter. She wrote that she hoped those who were offended by her posts would find it in their hearts to “forgive the views of a teenager who has grown immensely and is on the road to rebuild herself as a South African who embodies the essence of our democracy”.

Hate isn’t up for debate: Cyril lays down law on ...