The biggest reason under-20s are admitted to state-run treatment centres in SA is cannabis, expert warns 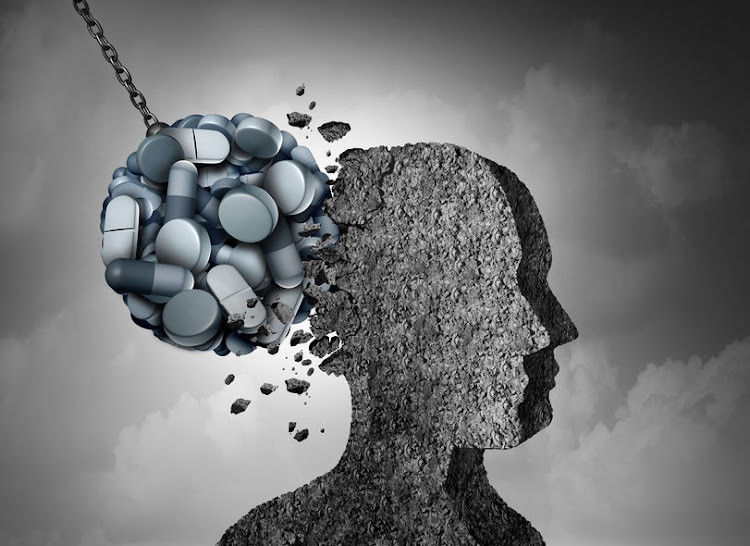 Collision course Worldwide the abuse of painkillers (opioids) and stimulants, like amphetamines, is rising.
Image: 123RF/lightwise

Ashley Potts, director of the Cape Town Drug Counselling Centre and chairperson of the Mitchells Plain Community Policing Forum, says that some people say they are using only dagga or weed when admitted to the centre, yet their drug tests show traces of the highly addictive drug meth.

“Sometimes dagga is laced [with meth] to get people hooked and we are seeing this quite regularly. Street drugs are mixed with so many contaminants,” he warns.

“The [police] forensics department tell us two substances acquired from the same community do not test the same.”

Overdoses are a real risk, not only among music legends like Brenda Fassie. The following substances landed people in hospital emergency rooms, according to the 2019 Global Drug Survey:

They were, in descending order: heroin, novel drugs (innovative products) and methamphetamine, synthetic cannabis, GHB/GBL, and alcohol. Overdosing on the colourless GHB is common, with one in four women and one in six men reporting they passed out on it in the past 12 months.

The biggest reason that youngsters under 20 are admitted to state-run treatment centres in SA is cannabis, says Prof Charles Parry of SA Medical Research Council, who says more awareness is needed around these risks as it becomes more freely available.

Of cannabis products on sale in SA, he says: “We do not know how much CBD or [or the psychoactive] THC are in them and they are being marketed as sexy, high-end products.”

Drug use in numbers

About one in 10 users of cannabis can develop a dependence on THC-containing cannabis, but the 2019 survey found that almost two-thirds of participants did not believe this fact.

The abuse of painkillers known as opioids is rising globally and SA is starting to mirror this trend.

Parry, director of the MRC’s Alcohol, Tobacco and Other Drugs Unit, says: “We are watching out for this and Tramadol/Tramacet is becoming an issue with young people. They are also mixing opiates with fizzy drinks to get high.”

About a sixth of participants in the latest survey reported using prescription opioids in the past 12 months, and half of them had used the painkiller drugs at least once to get high.

Opioids and stimulants, like amphetamines, are commonly linked to overdose deaths.

While opioid-related deaths are a problem, people using stimulants, like amphetamine and cocaine, have a six times higher rate of mortality.

The use of stimulants is a growing problem internationally with an estimated 16% and 11% of users, respectively, becoming dependent on them, reports Prof Louisa Degenhardt from the University of New South Wales National Drug and Alcohol Research Centre.

Mixing drugs, and alcohol and drugs, is particularly dangerous, and deaths from acute alcohol poisoning are a particular risk for men.

Many popular drugs – alcohol was number one – were linked to sexual assault among users both female (29% lifetime risk) and male (6%), the survey found.

To make safe choices people need scientific information and not moral judgements, specialists say, and legalising drugs would go a long way to achieve this.

In the South African Medical Journal in 2019, eminent doctors called for drugs to be legalised and regulated.

“There is a racial element in the way that the prohibition of drugs is done,” says UCT Emeritus Professor Daniel Ncayiyana, who was among them. “There are a lot of prejudices around drugs.”

Toke it to the bank: Cape set to score from ...

EDITORIAL | Suddenly we aren’t Covid-ready. We need to act fast