You mothers! ANC says DA not doing enough to halt virus in Cape ... 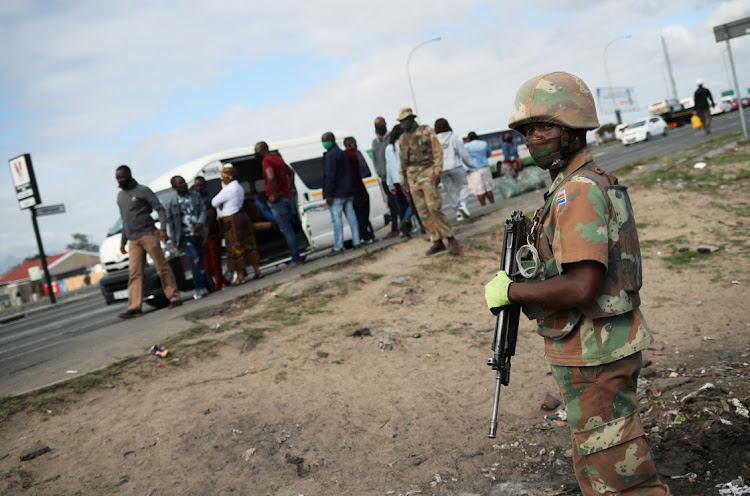 ANC MPs have accused DA-led Cape Town of not doing enough to enforce social distancing in townships around the legislative capital, home to the country’s epicentre of Covid-19.

They also criticised city officials, saying they had failed to convene virtual meetings of the metro’s council and had arrived at parliament to present a Covid-19 combat plan that was not  approved by elected public representatives.

The tit for tat among the MPs took place as health minister Zweli Mkhize said Covid-19 lockdown levels would be implemented at district level and reviewed every two weeks.

He said districts would be assessed according to the average number of active cases they had in a week.

“Depending on the average active cases per 100,000 people, districts will be individually assigned levels of lockdown to prevent the spread of the virus,” he said.

“The case numbers will be monitored and the National Command Council (NCC) will review the level of lockdown per district every two weeks.”

Oversight structures in each district, which Mkhize described as “intersectoral and interdepartmental”, would oversee the regulations that related to each level of lockdown.

Depending on the average active cases per 100,000 people, districts will be individually assigned levels of lockdown to prevent the spread of the virus.

“This should mobilise communities together, rather than create hostility against members of the police and the army.”

His statement came as Bheki Hadebe, an ANC MP and former municipal councillor in Cape Town, said the metro’s municipal police were not working well with the SAPS and other law-enforcement agencies to enforce social distancing, particularly in townships.

“In Khayelitsha and Dunoon, to mention but few, there’s no lockdown, it’s business as usual. I have a parliamentary constituency office in Khayelitsha.

“Now municipalities are required ... to ensure  prevention and prohibition of gatherings. In Dunoon along the N7, where there’s a roadblock that is manned by the city of Cape Town, you have kids playing soccer on a daily basis next to that roadblock, but there’s no enforcement prohibiting these gatherings on the part of officials. The question is why such is allowed to happen given the spread of infections in these communities?”

Hadebe said 49 days into lockdown, Cape Town was yet to distribute 240 water tanks to needy communities. These had been allocated by the national department of water and sanitation.

“Why has it taken this long for these tanks to be installed, yet you have areas such as Imizamo Yethu, areas such as Peterson, where you have more than 20 families who don’t have access to water?”

You have kids playing soccer on a daily basis next to that roadblock, but there’s no enforcement prohibiting these gatherings on the part of officials.

MPs were also unhappy that mayor Dan Plato was absent from the meeting.

Cape Town mayoral committee member for community services and health Zahid Badroodien said Plato was at another meeting to discuss plans to reopen economic activity in the tourism sector, a pillar of the city’s economy.

Badroodien said it was incorrect to suggest the mayor and his team were deliberately sidelining their council in drafting Covid-19 plans.

“On March 26 council had its last meeting and it was at this meeting that councillors agreed to go into recess, which allowed the mayor to have executive decision-making powers, in consultation with the city manager.

Craig Kesson, the city’s executive director for corporate services, said they would improve their efforts to enforce social distancing in townships.

“It’s an ongoing mission that does require a careful balancing act with resources that are working on 24-hour schedules in a time of national emergency, but I understand the concerns. We share them.” – additional reporting by Dave Chambers

* This story has been amended to correct the number of infections in the Western Cape.

Satan, scrotums, wife-abuse ... everything except ...

What an EFF-up: Cyril’s Sona swamped by the ...