You hoped Cyril would give details on easing lockdown? No such ...

You hoped Cyril would give details on easing lockdown? No such luck

Most of SA will move to stage 3 at month’s end, but what that means will only be revealed after yet more consultations 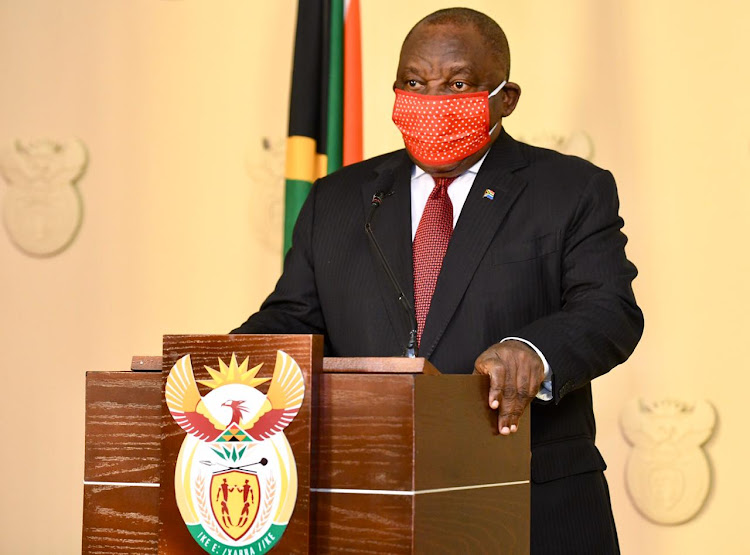 South Africans will have to wait a little bit longer to know if strict lockdown restrictions in their areas will be lifted as the government prepares to open up the country.

On Wednesday night President Cyril Ramaphosa left many citizens disappointed as his speech gave no clear indication about when, and which parts of the country will move to the more relaxed stage 3 of the nation lockdown.

Ramaphosa’s speech was highly anticipated as he last spoke to the nation two weeks ago. However, those who wanted answers about how long they should wait before they are able to purchase their favourite alcoholic beverages or cigarettes were left in the dark.

Ramamphosa’s speech seems to have been aimed at assuring the nation that the government has a plan and that its officials are to embark on a consultative process before it is unveiled to the public.

As part of this plan, the coronavirus alert system will be implemented according to regional infections as of the end of May.

As was the case when the country moved to national level 4 on May 1, the government will now embark on a process of consultations to determine the exact level of activity under the level 3 and even an amendment of the rules of level 4.

“We will immediately begin a process of consultation with relevant stakeholders on a proposal that by the end of May, most of the country be placed on alert level 3, but that those parts of the country with the highest rates of infection remain on level 4,” the president said.

The Western Cape has remained the epicentre since overtaking Gauteng a few weeks back, accounting for more than 50% of the country’s infections. The president also announced that the death toll now stood at 219 with a recorded 12,074 confirmed cases.

“We will make further announcements after the completion of the consultations. In the coming days, we will also be announcing certain changes to level 4 regulations to expand permitted business activities in the retail space and e-commerce and reduce restrictions on exercise.”

Warning of the implications of easing restrictions too abruptly, Ramaphosa said he would at all times be guided by the government’s ability to manage infections.

“I will repeat what I have said before: if we lift the lockdown too abruptly and too quickly, we risk a rapid and unmanageable surge in infections. We will therefore continue to proceed cautiously, informed by the best available evidence and guided by the advice of local and international experts. Our goal is to steadily increase economic activity while putting measures in place to reduce the transmission of the virus and provide adequate care for those who become infected and need treatment.”

The president’s address was scant on detail. However, he said greater clarity would be provided over the coming days, including the amendments to level 4.

He conceded that the government’s handling of some lockdown regulations has been shoddy.

“This evening, I want to reaffirm my commitment and the commitment of the government I lead to take whatever action is necessary to safeguard the life, the dignity and the interests of the South African people.”

Perhaps Ramaphosa adopted a cautious approach to last night’s address to avoid the confusion caused last time when he announced that cigarette sales would be permitted during level 4 of the lockdown, only for the decision to be overturned by his national coronavirus command council.

But one thing he made clear, by the end of May, most of the country will be open for business.

Here’s the kind of leadership SA actually needs from Cyril