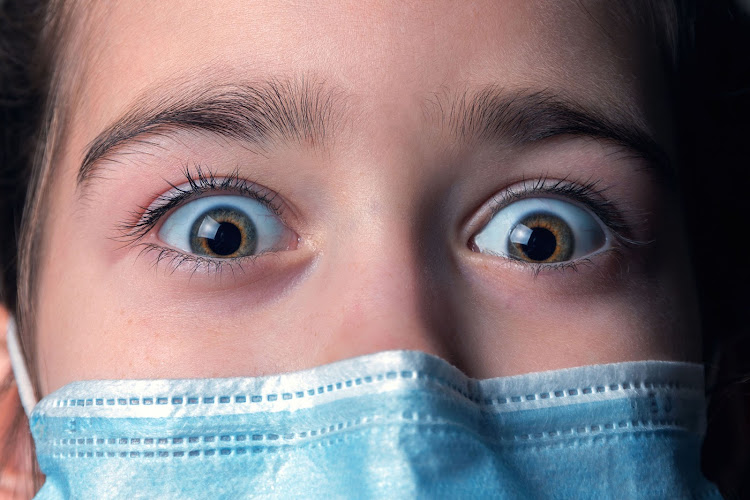 Teachers in almost all nine provinces may not be returning to school on Monday because provincial education departments are still awaiting delivery of personal protective equipment (PPE).

At least five departments suffered a huge setback in trying to urgently procure Covid-19 essentials for schools after the National Treasury advised them to cancel their orders with the company Imperial Holdings “due to non-performance”, a claim it has denied.

The Eastern Cape, Limpopo, Mpumalanga and North West departments placed orders for the basic hygiene and sanitation packages with Imperial Holdings on April 20, while the Northern Cape placed its order on April 22.

All five have since been forced to restart the procurement process.

This emerged during a presentation by basic education director-general Mathanzima Mweli to teacher unions on Monday.

But Esha Mansingh, investor relations and communications executive at Imperial Logistics, strongly denied the allegations of non-performance by Imperial.

“We were appointed to distribute Personal Protective Equipment and we delivered on all products (stock) that were available and on hand for distribution,” she said.

According to a document seen by Times Select, the Free State placed an order for the package on April 21 and has since received 1,432 25-litre containers of sanitiser.

Gauteng indicated that it had placed orders on April 22.

“Surgical masks were the interim solution, while the cloth mask order is delivered.”

It had taken delivery of  1,500 temperature scanners on May 7.

KwaZulu-Natal placed its order on April 24, while Mpumalanga said it had taken delivery of 100 boxes of gloves, with 500 pairs in each box, on May 5.

According to Mweli’s virtual presentation, the Western Cape is expecting to receive teachers on Monday, “pending the delivery of PPEs on May 15”.

Gauteng said the return of teachers would depend on when the masks were delivered, while the Free State and KZN have not confirmed the date for the return of their teachers.

Limpopo, Mpumalanga and North West said their return date “will be determined pending delivery of PPEs”, while the Northern Cape expects teachers to report for duty on May 25.

The date for the return of teachers to Eastern Cape schools “will be determined when procurement processes are completed”.

Gauteng and Northern Cape were expecting SMTs to return on Monday, while the Free State, KZN, Limpopo and North West were also “working towards” getting them back on Monday.

Eight of the nine provinces said they were “working towards June 1” as the date for the return of grade 12 and 7 pupils, while the Eastern Cape said it would depend on when procurement processes for Covid-19 essentials were completed.

The number of schools that will open during the phasing-in of grade 12 and 7 pupils on the proposed date of June I are:

According to Mweli’s presentation, windows and doors at the Eastern Cape schools will be fixed.

“A total of 1,017 Eastern Cape schools will be provided with water and 2,571 with sanitation. The [Expanded Public Works Programme] will be ... used to clean schools.”

In the Free State, 87 schools will be provided with water and sanitation and service providers have been appointed to disinfect fortnightly until all grades are phased in.

Gauteng confirmed that remedial work at schools affected by burglaries, vandalism and arson would take place.

“Deliveries of mobile classrooms started on May 4 to the eight schools that have been affected by arson to provide temporary administrative space. Repairs at schools with minor maintenance requirements are under way.”

The department would provide 67 schools with water and sanitation.

There will be identification and reporting on the number of hand-washing stations required per school in each education district.

According to Mweli’s presentation, district directors and circuit managers in KZN will meet school principals to brief them about the school cleaning programme, including classrooms, special rooms, hostels, district offices and circuit offices.

“There will be identification and reporting on the number of hand-washing stations required per school in each education district.”

KZN will provide water and sanitation to 1,126 schools.

Limpopo has undertaken to provide water and sanitation to 531 schools, while Mpumalanga will provide water to 378 schools and the Northern Cape to three schools.

North West said 171 schools would be provided with water and the Expanded Public Works Programme workers would be used to clean schools. The province would also appoint someone to control and monitor social distancing at schools.

The Western Cape said three schools would be provided with water.

According to the presentation, the number of teachers and pupils who will be catered for during the phased-in approach in the different provinces are:

Outrage as NW refuses to give cleaning goods to ...

Kids and coronavirus: here’s what we know and ...

No back to school until basics sorted, says ...

Some kids may only get back to class in September ...

Education dept caned for saying no face masks for ...