He fought for the ill and disadvantaged. Now Covid-19 has taken ... 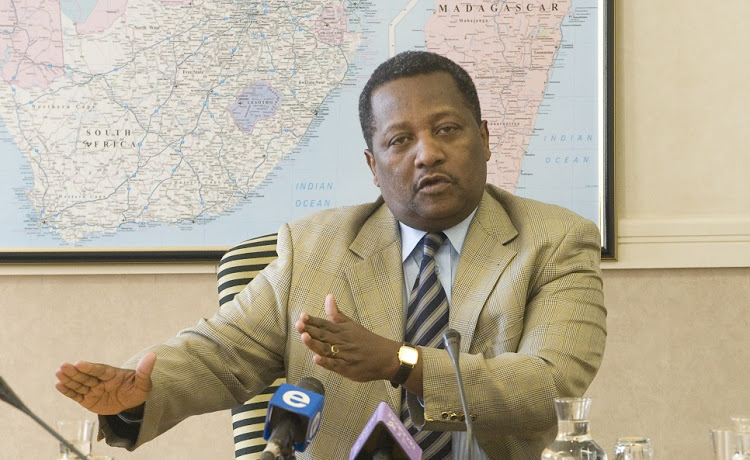 Duty of care Dr Clarence Mini, chair of the Council for Medical Schemes who has died from Covid-19, lobbied pharmaceutical companies to bring down prices of antiretrovirals, and fought to make them more accessible.
Image: Martin Rhodes

Clarence Mini, who has died in Centurion at the age of 68  from Covid-19, was chair of the Council for Medical Schemes (CMS), a statutory body charged with safeguarding the R160bn medical schemes industry and the 8.9 million lives it covers.

He was appointed by health minister Aaron Motsoaledi in 2017 after being chair of the Board of Healthcare Funders of SA, one of the country’s key industry associations for medical schemes and administrators, and spending most of his career as a medical doctor in the private sector.

He redefined the vision of the CMS which he felt was too inward looking, and made it a key player in the implementation of universal health coverage, which he believed in heart and soul.

On appointment he made it his business to visit as many schemes and administrators as possible to get a first-hand understanding of how they operated.

As a result a number of schemes were inspected, four or five out of 75 of which were put under curatorship. Two were successfully rehabilitated and given back to boards of trustees.

He was particularly concerned to ensure the interests of members were looked after and that council held boards of trustees accountable.

He believed that medical scheme membership had become unaffordable as a direct result of fraud, waste and abuse, and was instrumental in getting the Special Investigating Unit to investigate allegations of corruption against senior executives of the council and the industry.

The investigations are at an advanced stage.

He began section 59 investigations in May 2019 related to the racial profiling and blacklisting of doctors after complaints that doctors were being bullied by schemes on the basis of race.

The final report of the investigating panel is expected in 2020.

He ran a surgery in Germiston where he treated Aids patients for nothing ... He lobbied pharmaceutical companies to bring down prices of antiretrovirals, and fought to make them more accessible.

Mini was born in East London on November 6 1951 and  matriculated at Healdtown College where Nelson Mandela went to school.

He went into exile with the June 16 Detachment and underwent military training in Angola. His nom de guerre was Lazarus.

He was sent to medical school in Bulgaria and qualified as a doctor.

In the mid-1980s he was sent to Zimbabwe and practised as a GP in Harare. In 1990 he went to Geelong in Australia. He met Mandela there during his tour of the country after his release. Mandela asked him and other exiles to come home, which he did early in 1991.

He worked at Frere Hospital in East London, as principal medical officer for the Port Elizabeth Municipality, national director for Family Health International, and national coordinator and deputy national director of Management Sciences for Health.

He was involved in Aids policy work for the ANC, worked for several international HIV/Aids organisations and ran a surgery in Germiston where he treated Aids patients for nothing.

He lobbied pharmaceutical companies to bring down prices of antiretrovirals, and fought to make them more accessible.

He was co-chair of the National Aids Convention of South Africa (Nacosa) which wrote the first National HIV/Aids Plan for SA in 1994.

He studied palliative care at the University of Cape Town and served on the board of directors for the Hospice Palliative Care Association and as executive director of the MESAB Palliative Care Initiative.

He was a member of the core team that wrote the latest HIV/Aids National Strategic Plan, a past president of the Gauteng Medical Association, and the chair of the Gauteng Health Facility Accreditation Committee.

He served as member of the board of the Institute for Human Evolution at Wits University and as a trustee of St Andrew’s School for Girls.

He has been a member of the Johannesburg Mayoral Aids Council, chairperson of the board of directors for Africa Health Placements, and corporate affairs executive for Thebe ya Bophelo Healthcare Administrators.

At the time of his death he was chair of Zeal Health owned by fellow MK veteran Dr Malik Vazi.

He died in Centurion six weeks after being admitted to hospital with the coronavirus.

He is survived by his wife Nany and children Yolisa, Nandi, Yandi and Nomhle. His son Vuyi died two years ago.

The pipe-smoking art teacher who taught the MK to ...

Obituary: The radiologist who kept abreast of ...