Government clarifies the rules to protect food chain, but farmers say they are still facing problems 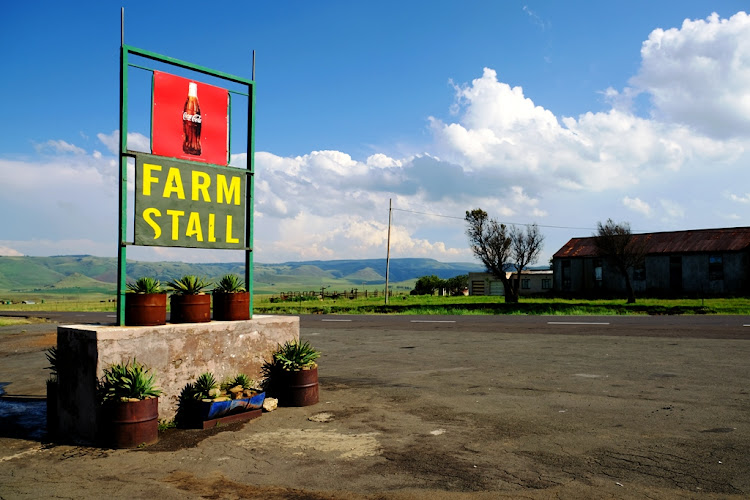 NOT STALLED Agriculture's essential service status has helped shield most farmers from the economic bodyblow of lockdown.
Image: PAUL ASH

Tobacco farmers are feeling the early winter chill as the government resists pressure to lift the ban on cigarette sales.

While SA’s farmers and agricultural organisations are satisfied with clarifications from minister of agriculture, land reform and rural development Thoko Didiza on how the sector will operate in level four lockdown, the ban on tobacco and alcohol sales will continue to hurt wine and tobacco farmers.

“Overall, the industry will not suffer the tremendous losses being faced by other industries,” he said. “But we would like to see the ban on alcohol and cigarettes lifted. It doesn’t make sense.”

Van der Rheede said government is losing about R1.5bn a month in tax revenue from the tobacco sector.

Tobacco farmers are as much a part of the value chain as other farmers and as long as the tobacco ban is in place, the industry will continue to lose market share, mostly to illicit suppliers, said Van der Rheede.

“The biggest problem we’ve had since the lockdown began is the illicit trade in cigarettes,” he said.

There are about 200 commercial and 150 small-scale, emerging tobacco farmers in six provinces.

Though the roughly 4,500ha under tobacco may seem small, it is a labour-intensive crop, employing about 8,000 workers and is worth about R900m a year at the farm gate.

We would like to see the ban on alcohol and cigarettes lifted. It doesn’t make sense.

Peak harvest season is from January to May. If the crop is not harvested when ripe, it will rot.

The sector contributed about R49bn to the economy in 2019, which included R7.5bn in excise and R9bn in exports. The latter will be little affected by the lockdown after government’s assurance that exports will continue.

Didiza also confirmed that inspections and quality control processes, vital for food safety, and agricultural research will be allowed, as will forestry.

Livestock auctions will take place, but will be limited to 50 people, who will be required to practise social distancing.

An important concession allows farmers to employ seasonal labourers, though the ban on interprovincial travel will remain in force after Thursday.

“Government has given us a grace period for workers to go home to families,” said Van der Rheede.

While the grape and apple harvests are finished, the citrus harvest in places such as the Gamtoos and Sunday River valleys in the Eastern Cape is about to begin.

Van der Rheede said the industry had a “massive responsibility” to not spread Covid-19.

“Farmers must realise that if there is an outbreak on that farm they will be held responsible.”

The sector will also benefit from other easings of restrictions, such as those on building work, meaning farmers can complete pack houses and those along the Orange River can construct flood barriers.

While AgriSA said it will work hard with local farmer associations and authorities to spread the word, some farmers are concerned the minister’s message will not get through.

Morgan Barrett, chairperson of the Ficksburg Farmers’ Union, was at a livestock auction last week that was shut down by the SAPS because it contravened rules about gatherings.

“Livestock auctions are a vital part of the food chain,” he said, noting that “all measures”, such as social distancing protocols, were in place at auctions.

It’s very frustrating. You feel like you’re not getting help from anywhere.

Meanwhile, bureaucracy is hampering basic tasks, such as getting protective equipment for workers, as farmers are forced to submit lists of workers to the agriculture department and then complete individual questionnaires on a website that keeps crashing.

“It’s very frustrating. You feel like you’re not getting help from anywhere.”

Barrett said ongoing uncertainty about hunting will also have a detrimental impact on revenue, as booking from hunters for permits, food and accommodation dribbles away.

“The nature of ranching is that you don’t make money out of the animal itself,” he said.

KZN dairy farmer Bruce Allwood said the farming sector is in the fortunate position of being able to trade. “I am extremely relieved that we are able to continue our businesses,” he said.

“Agriculture is a vulnerable sector,” she said.

“It is still in recovery from the drought and the impact of various crop and plant diseases, load-shedding and unsure policy environment are just a few factors that have a direct impact [on farming].”

‘You can’t reopen SA without reopening the air’

Stage 4 will be a gemors that the state will ...

‘It’s wonderful’: Lone sailor gets to grips with ...