Engaged Port Nolloth pair said to have been inseparable, as the bottles they used are sent for tests 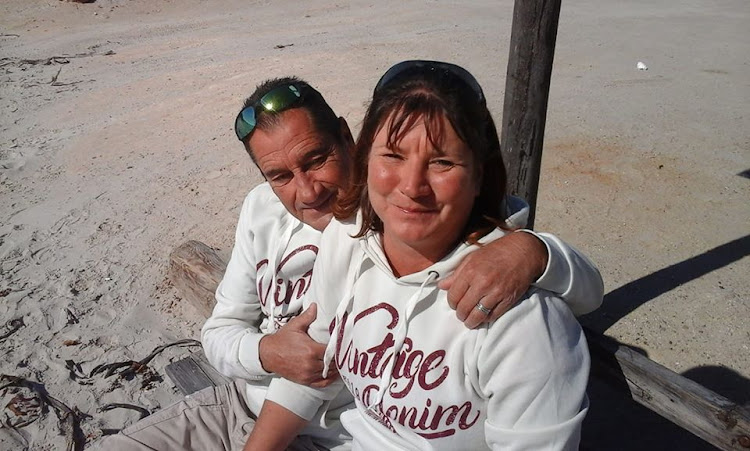 Devoted Tony Hilliar and Alida Fouchè died at the weekend. It is believed their deaths were caused by drinking homemade beer.
Image: Facebook/Tony Hilliar

Whenever you saw them in town or at the beach, they always held hands.

This is how Pastor Bertus de Jager from Port Nolloth in the Northern Cape will remember Tony Hilliar and Alida Fouchè, who died at the weekend.

Police said on Monday it was suspected that Hilliar and his fiancée died after drinking homemade beer. Two empty bottles of homemade brew have been sent for forensic testing.

Hilliar was from Upington but worked as an estate agent in the coastal town. De Jager said he had known Fouchè for more than six years.

“She was a very reserved person who cared a lot about people. She called me a few times in the past and asked me to help people in need, even if she was in need herself.

“She loved children. They were always close to her heart. The community is extremely sad and we are praying for their families.”

Citizens have been warned to be careful when brewing their own pineapple or apple beers. Home brewing has spiked with the ban on alcohol sales.

Brewmaster and founder of Brewsters Craft, Apiwe Nxusani-Mawela, said there was nothing wrong with brewing your own beer, but only “if you do it right”.

“If you look at our African cultures, there are people who have been making home brews for years. Things are out of control during the lockdown. There are now many people wanting to produce their own homemade beverages.”

How to easily brew your own beer using pineapple, ginger or sorghum

Nxusani-Mawela said many people did not know the correct ways to brew their own beer.

“It’s a natural process that you can’t rush. I’ve also noticed that a lot of people don’t properly clean and sterilise the utensils they are using, which could lead to contamination by bacteria. Even though the bacteria might not kill you, they can spoil your product or make it unfit for human consumption.”

Brews became undrinkable when they were incorrectly stored or allowed to stand for too long.

“After you have produced it, the quicker you consume it the better, but in moderation. It is a product that will go off with time.”

Key things to look out for before drinking homemade beer included any fungal growth or whether the smell was “off”.

“Always take a sip and wait before consuming the entire product. People need to read more and learn about brewing,” Nxusani-Mawela said.

Virus victim was a talented ad man, writer and ...