Sars recently raided a cigarette plant, in production despite ban, but won’t divulge who it is linked to 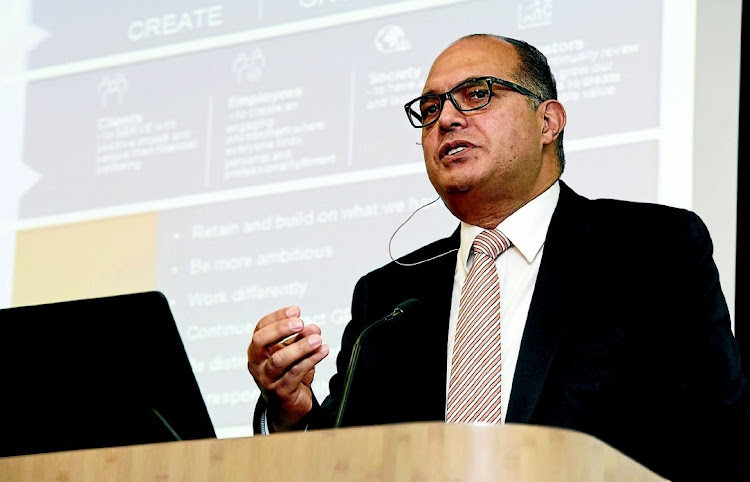 The SA Revenue Service (Sars) is set to lose almost R300bn in tax revenue caused by the coronavirus and the latest sovereign credit ratings downgrade by Standard & Poor’s.

This was disclosed to MPs on Tuesday by Sars commissioner Edward Kieswetter, during a meeting with finance committees from the National Assembly and National Council of Provinces (NCOP), finance minister Tito Mboweni and his deputy, David Masondo.

Kieswetter said based on a study of tax-collection figures from the first month of lockdown, which began on March 27, Sars expected tax revenue to dwindle by up to R285bn in the current financial year.

“Based on the first month, we think that revenue losses could be peaking 15% to 20% lower. That translates into a revenue loss of up to R285bn and is the function of a sluggish economy and lockdown,” said the tax chief.

He cited reduced economic activity, the number of businesses that were unlikely to survive Covid-19 and the rapid rise of illicit and criminal economic activities, especially since the banning of tobacco and alcohol.

Kieswetter said Sars recently raided a cigarette-making plant, which was in production, despite a ban on tobacco sales.

“In the past few days, our illicit trade unit visited a cigarette manufacturing plant and came across three of their machine lines actively producing. They intimated that they’re producing for exports, but cigarette export at the moment is not permissible.

“We’re working with the police to investigate and lay charges. We also intercepted a vehicle purporting to be carrying food, but it carried alcohol.

“The other day I saw a delivery guy smoking a cigarette. I said to him: ‘Have you got a cigarette?’ and he said: ‘I can give you one’. I said: ‘No, I want to buy’, and he said: ‘Just go down the road. There’s a guy at the garage. You can buy from him’,” Kieswetter said.

The other day I say saw a delivery guy smoking a cigarette ... and he said: ‘Just go down the road. There’s a guy at the garage. You can buy from him.’

DA MP Geordin Hill-Lewis asked Kieswetter if the cigarette plant he cited was linked to or owned by controversial cigarette trader Adriano Mazzotti.

“Taxpayer confidentiality prohibits me from telling you who the individual company is, but I want to give you the assurance that we act without fear, favour or prejudice. We don’t have any regard for who the individual or individuals are. We’ll enforce and apply the law as we’re required to do,” the commissioner replied.

Another DA MP, Willie Aucump, said the government was “making criminals out of law-abiding citizens” with its ban on cigarettes and alcohol.

But ANC MP Joe Maswanganyi, who is also chair of the national assembly’s finance committee, said people should not be “emotional” about the issue, arguing that tax on alcohol and tobacco only accounted for 3.2% of the money collected by Sars.

“So I want us, when we discuss whether cigarettes are the highest contributor to tax, to have facts. It’s not,” said Maswanganyi. “Let’s not just be emotional or advance lobbies from somewhere. Let’s be focused on the facts, which are there in the breakdown.”

Satan, scrotums, wife-abuse ... everything except ...

What an EFF-up: Cyril’s Sona swamped by the ...