Sought-after Rohin Singh lost everything to alcoholism, but living in a shelter has given him his life back 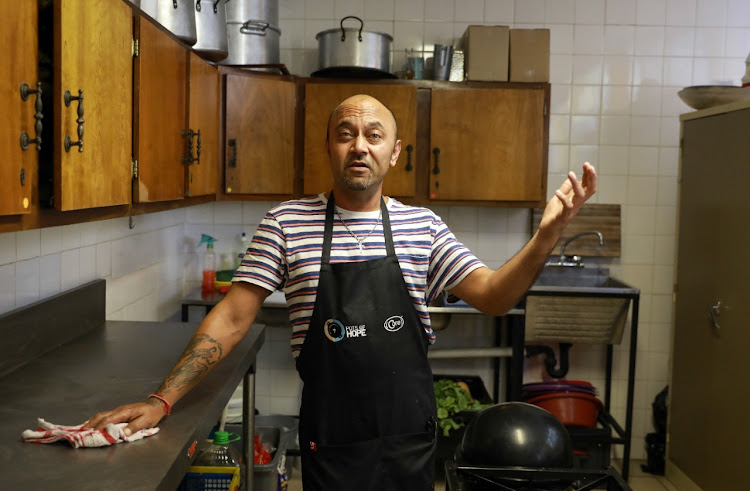 Back on the boil Chef Rohin Singh in his new kitchen at the Fontainbleau Community Church in Randburg.
Image: Sebabatso Masomo

Reeling from a string of family tragedies has sent a sought-after chef down a spiral of alcohol abuse. But now another tragedy – the Covid-19 pandemic – has set him back on a path to recovery, even reigniting his love for cooking as he helps feed destitute people.

His cooking has taken him across the world, Rohin Singh, 40, told Times Select. Before returning to SA he was based in the UK.

Then, four months ago he hit rock bottom, and found himself living on the streets in Johannesburg.

“I had stopped drinking two weeks before lockdown. I lost everything through addiction to the bottle. I hadn’t cooked for over a year – since my brother died.

“A year and a half ago he succumbed to Hodgkin lymphoma. He was 26 and I was supporting him.

“I moved back to SA and worked as the senior sous chef at Emperors Palace in 2015 because he needed me. It wasn’t looking good.

“Two weeks after he died in 2018 my grandmother died – I think it was the trauma of losing her grandson. A week later my mom died and a week after that my godmother died. These three women raised me.”

He said he tried to drown his anguish with alcohol and unwise spending and in a month he had blown through thousands. He finally lost his job after arriving at the dining room of the restaurant in a drunken rage.

As the money began to run out Singh turned to the rest of the family to support his drinking. But constant lying and stealing burned bridges with them.

As his life fell apart, so did his love for cooking. 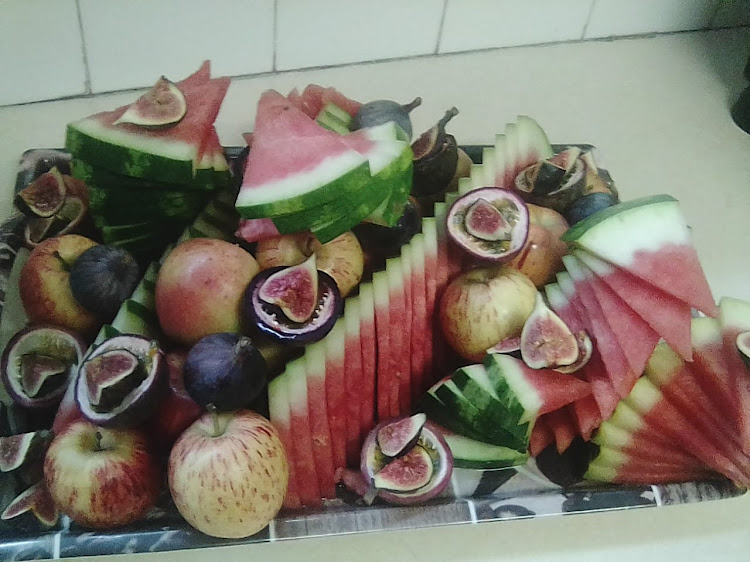 Fruits of renewed labour A fruit platter chef Rohin Singh made as a snack for his friends at the Fontainbleau Community Church in Randburg.
Image: Rohin Singh

Singh’s career began in England at the age of 22 when he took up work in a restaurant in Reading. His facial piercings at the time meant he couldn’t wait on tables but he was able to work in the back, preparing food and salads for the chefs.

His talent and enthusiasm for the job led him to a bursary at an expensive hotel school, Chateaux de Margo in Burgundy, where he learnt to cook.

He became sous chef in 2005 at the famous one Michelin star The Elephant restaurant in Torquay, UK, and even did a stint at The Waldorf Hilton in London.

In 2010 he became a consulting chef, which meant he travelled the world helping to create menus for various restaurants and hotels.

Unlike for many, lockdown has been a blessing for Singh.

After the announcement that all homeless people in the city would need to go into shelters and camps to help stop the spread of the coronavirus, he met Kelly-Ann van der Meer, founder of One Small Act of Kindness.

Working through the Fontainbleau Community Church in Randburg, Van der Meer was sending food parcels to the homeless.

Chaos erupts as food parcels handed out in Olievenhoutbosch

The church hall was converted to a shelter for 30 destitute men during lockdown.

She said they chose men who were all fit and healthy and would be capable of working if it weren’t for their financial hardships.

“Every person we feed has a story and a skill; they haven’t chosen to be in lockdown, but they have no choice as to how it affected them.”

Singh said it was at the shelter that he regained his passion for cooking.

“I had given up on life after my brother died. One evening Kelly brought some sugar beans and there were cans of pilchards in the cupboard. I hadn’t cooked in months but the opportunity came as a blessing.

“I started cooking and people went crazy for my food. I give the others in the shelter fine dining with simple ingredients, and plated beautifully on plastic plates.

“I make it work – there’s no pap here!” he said on Monday as he prepared for the evening’s meal of couscous, butternut puree, baby carrots and roast chicken. 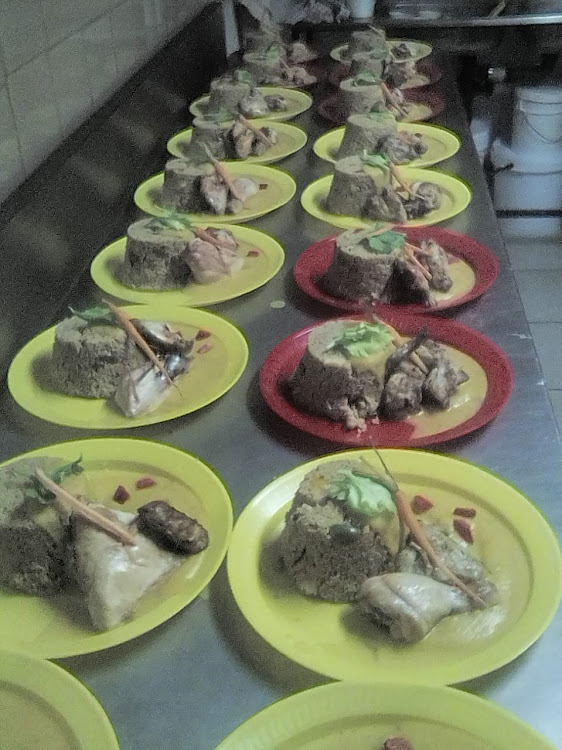 Singh is not just helping himself.

A volunteer at the shelter, George Komichi, 43, who is originally from Zimbabwe and worked in the IT industry, has found his love for cooking as Singh’s assistant chef.

“I’m not really sure what will come after lockdown, but I may change my career direction.”

Trevor Webster, CEO at Dorway to Dignity, an NPO working with the homeless, said the organisation was working with the men living in the Fontainbleau Community Church hall. Their task was to help the men create a CV and to get them employed after the lockdown.

“The first thing to go when you live on the streets is your dignity. Here we want to restore that dignity and we want to ensure they can use their various skills to get off the street. Not everyone will, but it will be life changing for most of them.”

Singh plans on going back to cooking but first he wants to make amends with the family he said he hurt.

Farmers and community in Overberg open their kitchens to the poor

“I needed to be here. It’s given me time to clear my head. Living on the streets had a good and a bad side for me. I was stabbed and I lost everything there. But I also gained compassion for people less fortunate than me; I learned the value in what I had given up.”

And with a new lease of life Singh started working at the Chefs of Compassion charity after winning their Lockdown Chef of the Year and the Hidden Hero award this week.

And last weekend he cooked for 1,000 homeless people in Eldorado Park.

• One Small Act of Kindness is also sending about 3,000 food parcels a day to impoverished communities. The food is donated to the organisation and packaged with enthusiasm by the 30 men at the shelter.

“They do it without being asked to. I think it helps them to feel like they are helping other communities, it helps to give them a sense of purpose during these hard times,” Van der Meer added.

When you’re grateful to virus for bringing water: ...

New parents beat lockdown laws to be at birth of ...

‘I never had to beg for food before’: in the queues of desperation