Some kids may only get back to class in September - but it’s ... 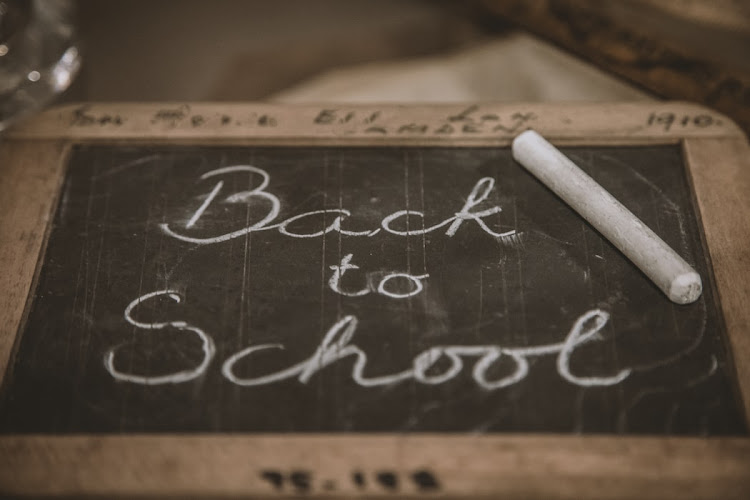 Safety first Children will start going back to school in June.
Image: Deleece Cook on Unsplash

Pupils in some grades may return to school as late as September, basic education minister Angie Motshekga revealed on Thursday evening.

Addressing the nation, she said the National Coronavirus Command Council had approved the adjusted school calendar which proposed that office-based staff from her department and provincial education departments return on May 4.

It was proposed that principals and school management teams return on May 11, teachers on May 18, and Grade 12 and 7 pupils on June 1.

A revised school calendar will be released at a later stage, she said, adding that the document presented to parliament was a consultation document, not a final plan for the sector.

Some grades may only return to school as late as September.

The May 11 return date was to prepare schools prior to return of learners”.

Motshekga said that even if only 50% of the curriculum was covered in schools in grades 1 to 11, pupils would then be tested on that.

She said that since schools closed, “we made sure we keep education going”.

“There were learner support programmes and these initiatives are part of the broader efforts to prevent a total loss of the school year since the lockdown was announced by the president.”

We can say unfortunately that very few learners are reached, and even those who are reached, schools tell us the impact is less than 20% of what would have happened in the classroom.

She said that the sessions via radio broadcast were providing curriculum support lessons to pupils in various grades, including early childhood development.

“Some of the subjects covered include maths, physical science and English first additional language.”

Motshekga acknowledged that these efforts were not perfect. “However, we needed to put in place measures to close the vacuum that would have existed as a result of the Covid-19 lockdown.

“We can say, unfortunately, that very few learners are reached, and even those who are reached, schools tell us the impact is less than 20% of what would have happened in the classroom.

“If we have to save the year, our strength is in the classroom.”

Motshekga said that by law as soon as there was approval by cabinet, the new school calendar would be gazetted.

David de Korte, president of the South African Principals’ Association, commended Motshekga on her priorities, which included keeping pupils safe and making every effort to salvage the academic year.

“There’s a chance we will salvage some of the year,” he said.

Higher education minister Blade Nzimande said campus-based academic activity at universities and TVET colleges would not resume during the level 4 lockdown period, which starts on Friday.

“The only exception will be the controlled return of final-year clinical training students – mainly medical students – who return under strict conditions to also directly assist with the health management campaign of the department of health.”

Education dept caned for saying no face masks for ...

A lesson in giving: academics dig deep to keep ...

Most students in Russia want to stay, say SA ...

Yikes! Some grades may only return to school in ...

Pupils test positive for STIs, despite ...

I don’t approve of the booze and cigarette bans, says Tito Mboweni

Cig smugglers have to eat, too, you know. So shut up you unpatriotic lot!