‘I fainted’: widow only told after cop’s death that he was ...

‘I fainted’: widow only told after cop’s death that he was Covid-19 victim

What’s more, she had to hear the devastating news from the undertaker. The hospital is probing the lapse 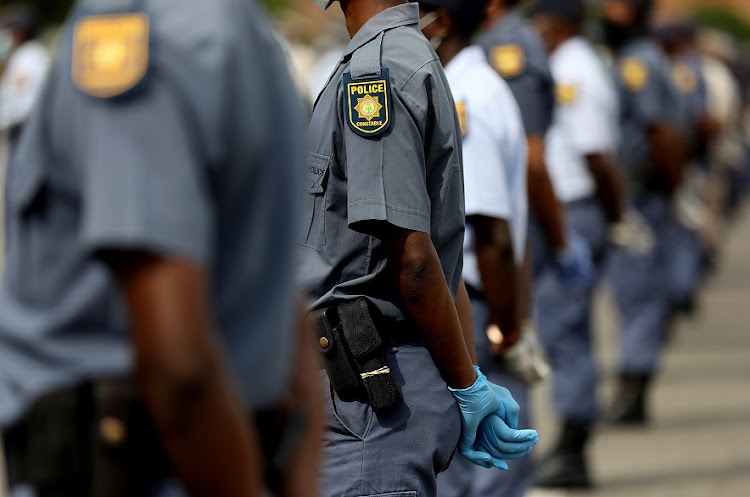 GRIEF A police officer from Gingindlovu in northern KZN died on Sunday at a private hospital near Durban after testing positive for Covid-19.
Image: Sandile Ndlovu

A bereaved woman whose husband, a 55-year-old KZN police officer, was laid to rest on Wednesday is demanding answers from a private hospital after he died on Sunday.

Speaking to Times Select, the woman, who preferred to remain anonymous for fear of stigma, wants to know what happened after her husband was admitted following abdominal pains on Easter Monday. The officer died on April 26, and the wife was informed by funeral parlour officials that Covid-19 was the cause of his death.

The Gingindlovu warrant officer was admitted to Mediclinic Victoria Hospital in Tongaat, north of Durban.

I don’t understand why they didn’t tell me, because if a member of your family has a certain illness that they are supposed to tell you, you are not supposed to find out through other people.

“He was in Victoria for two weeks, and I was told he has a bubble in his lung. After that I was told he had gallstones and he was taken to surgery to have them removed. After the surgery he told me he was fine, but a day and a half later he was struggling to breathe and was taken to the ICU.”

The policeman, who last reported for duty on April 7, had an operation on the 21st.

His wife said she visited the hospital on Sunday and requested permission to visit her husband in ICU but was told he was in a special ward where they were helping him to breathe.

“I left the hospital, and on my way back home I got a message saying he is dead.”

On Monday people from a funeral parlour, together with health workers from the King Cetshwayo district municipality, visited their home and informed her that her husband had died from Covid-19.

“The funeral parlour people are the ones who told me that the doctor listed the cause of death as Covid-19, but the hospital did not inform me of this. I am not sure if he was tested when they admitted him. He went to the hospital without any symptoms [of Covid-19] and had the gallstones removed, and he told me he was fine and was no longer in pain – then all of a sudden he was in the ICU.”

She said she fainted when she was informed that doctors had listed that Covid-19 was the cause of his death.

Zweli Mkhize gives his latest health update, outlining what SA’s unique challenges are, as well as listing our successes
News
1 year ago

She said when her husband had initially been admitted to ICU, she visited him and was shocked to see him in that condition.

“I was told I must come alone. When I got there I asked why he looks like this and was told the tube was to help him breathe, his eyes were closed. They told me he has an infection in his lungs. I asked them to explain it to me in isiZulu so I can understand better, and they did, but that person didn’t tell me he had Covid-19.”

She said she planned to have her husband buried this weekend, but the funeral parlour had informed her that would not be possible, as he would need to be buried as soon as possible because he had died of Covid-19.

“I don’t understand why they didn’t tell me, because if a member of your family has a certain illness that they are supposed to tell you, you are not supposed to find out through other people. When HIV first came they would call you and tell you that your family member has this disease and explain it to you, this did not happen with us. When I went to the hospital looking for answers, I was told that the people I spoke to that day weren’t there and they can’t help me,” she said. 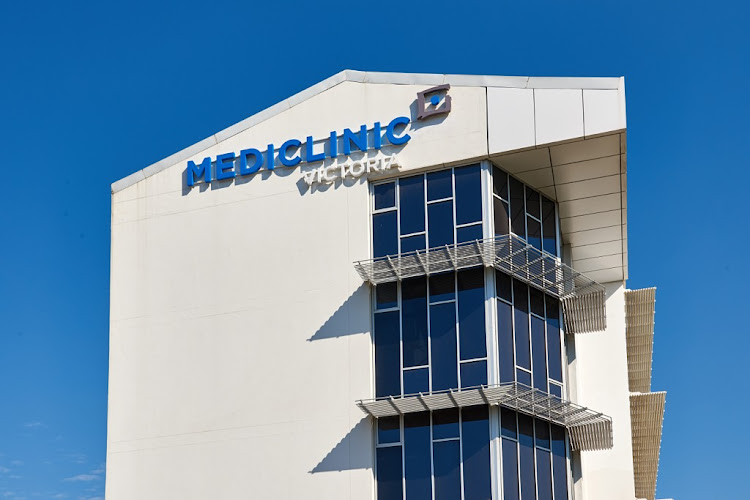 She said she and her family were tested by the department on Tuesday.

Tertia Kruger, corporate communication manager of Mediclinic Southern Africa, said the hospital was reviewing the facts surrounding the death of the officer and were awaiting a clinical report as well as the chronology records from his admission at Mediclinic Victoria until he died.

“This will give us greater insight into both the medical information, cause of death, how events unfolded before and after his unfortunate passing away, as well as the communication before and surrounding his passing.”

She said Mediclinic had strict procedures across its hospitals regarding the mitigation of Covid-19 infection risks and strict standard operational procedures that are usually followed in case of the death of a patient.

“Understandably the family is bereaved and deeply upset by the patient’s passing. We appreciate that and have deep sympathy with them at this time. Therefore, it is very important for us to respond with the due sensitivity and correct facts at hand, both to your inquiry but more importantly also directly to the family to clarify matters,” said Kruger.

Meanwhile, a colleague who worked with the officer at the Gingindlovu police station described him as a respectable, religious man.

“A number of the officers who came into contact with him days before his admission are being now being screened and tested,” he said.

KZN department of health spokesperson Agiza Hlongwane said he could not comment on the matter, as only health minister Zweli Mkhize could confirm Covid-19-related deaths.

If it doesn’t partner with the private sector and civil society, the stimulus package will fail miserably
Ideas
1 year ago

‘Our miracle’: meet the man who defied the odds ...

Bus was declared roadworthy a day after it was in ...

There’s a leopard on our stoep: double fear for Pretoria family