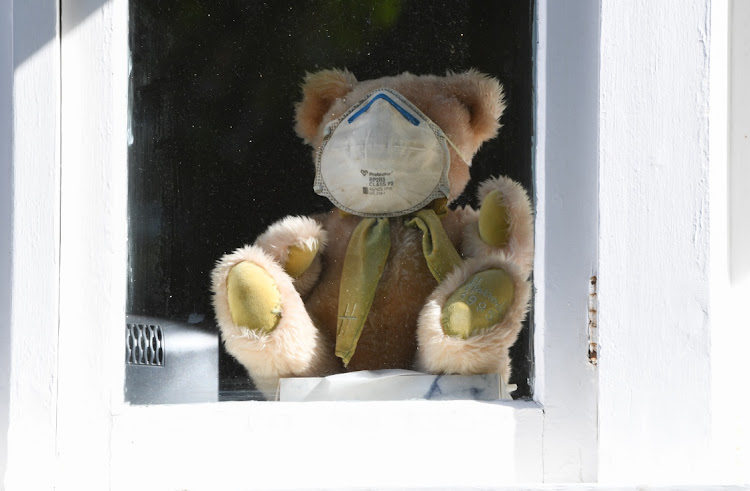 Too much to bear The education department says it will only provide masks to 'poorer' schools.
Image: Getty Images/James D Morgan

A teacher union and a governing body association have blasted the basic education department for refusing to provide cloth masks to pupils attending so-called wealthy schools.

Presenting the department’s Covid-19 sector plan to MPs’ portfolio committee on basic education and the select committee on education on Wednesday, the director-general, Mathanzima Mweli, said they would initially be providing two cloth masks to every pupil from quintile 1-4 schools.

After that, they would only focus on no-fee schools.

“Going forward we will only be covering from quintile 1 to 3 [quintile 1-3 are no-fee schools].”

The deputy minister for basic education, Makgabo Reginah Mhaule, who also took part in the virtual briefing, reiterated that cloth masks would only be provided to quintile 1-4 schools.

“Quintile 5 parents will provide, but if the portfolio committee says we must provide for all we will look at it. At the same time, we are saying that parents in quintile 4 and 5 are responsible for most of the things of the learners, including transport,” she said.

But Basil Manuel, executive director of the National Professional Teachers’ Organisation of South Africa, accused the department of backtracking on its original undertaking “to ensure that all our children are given personal protective equipment”.

“It’s a tragedy because we are trying to make those children [quintile 4 and 5] less important. We are saying to those parents, it doesn’t matter, we are not concerned about your child.”

At this stage, quintile 5 schools are under tremendous pressure because parents aren’t paying school fees, so why this artificial distinction?

He said basic education minister Angie Motshekga had assured them during previous meetings that all children would be given personal protective equipment.

“What does a principal do when a child arrives without a mask and says, ‘my mummy couldn’t  afford to buy one’?”

Describing the department’s decision as unfair and irrational, Paul Colditz, CEO of the Federation of Governing Bodies of SA Schools, was also adamant that Motshekga had indicated during meetings with them that personal protective equipment would be provided to all pupils.

“At a meeting on Sunday the minister made it clear that the department will provide for all schools in the first round, thereafter they [the department] may consider that quintile 4 and 5 schools may purchase their own.”

He said not all parents of pupils attending quintile 5 schools could afford masks.

“At this stage, quintile 5 schools are under tremendous pressure because parents aren’t paying school fees, so why this artificial distinction?”

Colditz said quintile 5 schools were receiving the least lowest subsidy from the government, adding: “Now you are being told you must purchase your own masks, and this includes very poor people.”

Matakanye Matakanye, general secretary of the National Association of School Governing Bodies, said all pupils should be given cloth masks “regardless of the quintile of the school”.

Meanwhile, Mweli’s presentation caused huge confusion and anxiety among parents and teachers watching the briefing on TV after one of the slides indicated that teachers would report for duty on May 4 and pupils in grades 12 and 7 on May 6.

Responding to questions from MPs after Mweli’s presentation, Mhaule said principals and members of the school’s management team (SMT) would resume duty on May 4 followed by teachers on May 11 and Grade 12 and 7 pupils on May 18.

“Principals and management teams will be at school to receive sanitisation packages and make schools ready for pupils. Teachers will report on May 11 to restructure the timetable and look at other things,” Mhaule said.

She said the desks they were referring to were “double” desks, and that they were going to monitor social distancing.

“The double desk can be able to cater for two learners. The department of health will be there to guide us.”

Mweli said the “reorganisation” of the curriculum would be undertaken but the fundamentals would be be retained.

“The annual teaching plans will be amended to be in line with content. In terms of life orientation and life skills, they will also be rearranged to contain awareness and knowledge of Covid-19.”

The department would have to “prove that schools are safe”.

“Any school that does not meet the requirements will not be allowed to form part of schools that will be opening.”

A team of lawyers in the basic education sector was scrutinising the requirements “because we know that if we do not put reasonable measures in place to make sure that schools are safe, we will be litigated left, right and centre”.

The South African Democratic Teachers’ Union (SADTU) said no school would open “until our concerns are met”.

A lesson in giving: academics dig deep to keep ...

Yikes! Some grades may only return to school in ...

Most students in Russia want to stay, say SA ...

Pupils test positive for STIs, despite ...

There’s no use reopening schools if there are no teachers

Yes to mutts, no to butts: minister does u-turn on cigs