Virus-free towns want to reopen, but aren’t sure what the rules ...

Virus-free towns want to reopen, but aren’t sure what the rules are 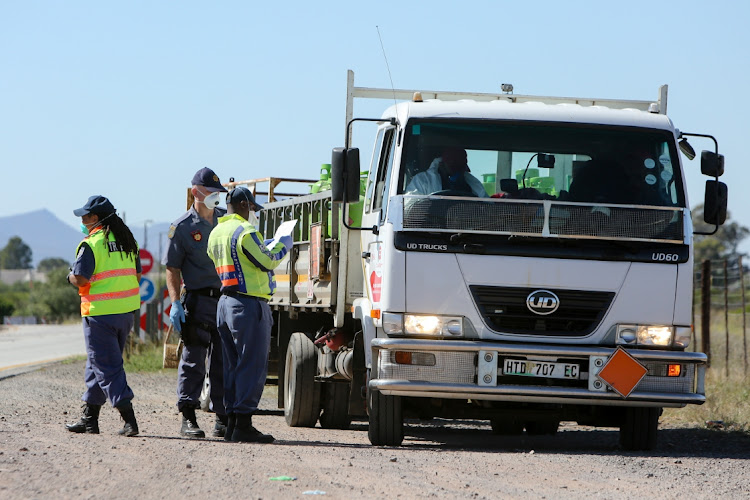 TRUCK STOP Drivers are checked by law-enforcement officials at a roadblock outside Aberdeen, near Beaufort West.
Image: Werner Hills

The mayors of four Western Cape municipalities with no confirmed Covid-19 cases say they are keen to reopen for business when the phased lockdown begins on Friday. However, they are in the dark as to whether they will be able to do so.

Nine of the Western Cape’s 25 municipalities have no recorded infections, including all three in the Central Karoo: Beaufort West, Prince Albert and Laingsburg.

Beaufort West mayor Noël Constable said the council would meet on Tuesday. “We decided to wait for the ministers to give their input on [President Cyril Ramaphosa’s] speech before we make decisions on the restrictions,” he said.

Constable’s town lies on the N1, the main road between the Western Cape, Free State, Eastern Cape and Gauteng. “All the taxis from Cape Town and the Eastern Cape pass here. They stop for fuel and refreshments, and that is a big risk for us,” he said. “So we will make our decision with that in mind.”

Prince Albert mayor Goliath Lottering said Leeu Gamka, one of the towns in his municipality, was just off the N1 and faced similar risks. “We are waiting for directives from ministers on the amended regulations,” he said.

Laingsburg mayor Mike Gouws said even without Covid-19 cases, the pandemic was noticeable in the municipality in the form of a 24-hour roadblock on the N1 at Matjiesfontein, near the border with the Northern Cape.

“Generally, our people stay at home. However, our health facilities are ready,” he said.

We are waiting for directives from ministers on the amended regulations.

Nicholas Myburgh, mayor of Swellendam in the Overberg,  another municipality with no confirmed Covid-19 cases, said his area was in the same predicament as those in the  Central Karoo.

“Swellendam is on the N2 between Cape Town, the southern Cape and Port Elizabeth,” he said. “The question of people working and living in different towns and cities is a serious one. This is the conundrum we are facing.

“We are doing what we can as local government, but we are keen to hear, from ministers, what the president meant, in practice, when he said different areas and regions might have different levels of lockdown.

“We need to know how much jurisdiction municipalities and provinces have to determine the level of lockdown, or is it a central decision?”

Myburgh said he had been inundated with calls from people wanting to return to work and asking him to lift lockdown restrictions. “The other thing is people are looking for food. There’s going to be a humanitarian crisis the longer it lasts,” he said.

Western Cape premier Alan Winde, whose province overtook Gauteng this week as that with the most infections, said he would consult businesses and industries before making a submission to the presidency and cooperative governance department on how the phased lockdown would work.

His spokesperson, Bianca Capazorio, said: “Premier Winde will be holding discussions with his cabinet and with officials in the coming days that will inform the province’s approach.

“It is important that any reduction in regulations balances the need for economic activity with the health of the citizens of our province.”

Apartheid shackles replaced by chains of ...

They studied for six years, only to discover they ...