Some are crying foul over clinical trials; others are lauding speedy responses in this time of crisis 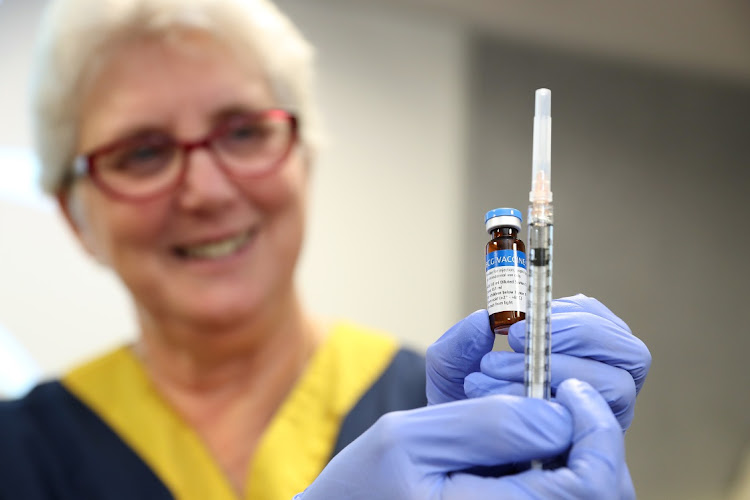 ON TRIAL A technologist holds up a vial and syringe during a clinical trial in Perth, Australia. More than 500 Covid-19 clinical trials are under way globally.
Image: Paul R. Kane

“[This] refers to practices that would be ethically unacceptable in high-income settings, but that are used in low- and middle-income countries, where strong legal frameworks and ethics compliance mechanisms may be lacking,” the university said.

Ethics dumping had become more prominent in the 21st century due to “increased researcher mobility”, it said.

Sometimes it arose from “purposeful exploitation”, other times from a simple “lack of cultural sensitivity or knowledge”.

Though the manifesto is directed at every discipline, from the arts to zoology, its relevance in the time of the Covid-19 pandemic cannot be overstated.

Countless researchers globally are on the hunt for new testing methods, treatments and vaccines. As a result, clinical trials are popping up everywhere and this has raised the question of whether ethics dumping is proliferating in a time of extreme crisis.

Some argue that ethical standards should be maintained, regardless of the time it might take to find solutions. Others say human lives are being lost by the thousands and now is the time to remove red tape.

Kevin Behrens, director of the Steve Biko Centre for Bioethics at the university, told Times Select: “Similar moral dilemmas have arisen during past epidemics, such as Ebola. The pertinent ethical question is whether exceptional circumstances can justify the experimental use of unproven interventions in a manner that bypasses conventional protocols and regulation for clinical trials.”

Similar moral dilemmas have arisen during past epidemics, such as Ebola.

In some cases, existing drugs are being probed to see if repurposing them in the fight against Covid-19 is valuable.

Said Behrens: “Where a drug is completely untested [on humans], its safety is in question and its use would be very controversial.”

On the other hand, a drug that had already been tested in clinical trials, albeit for a different purpose, and found to be safe, might garner a better response.

“In such cases, where a treatment deemed to be generally safe is simply being repurposed, there might be more support for its use in exceptional circumstances.”

But then there is the question of risks and benefits.

“It would also depend on whether the risks of repurposing the drug can be outweighed by the benefits to patients who receive it. Since it appears that the percentage of those who test positive for Covid-19 that end up dying is quite small, some might argue that subjecting patients to unknown risks is not justifiable,” said Behrens.

This is different from Ebola (the disease for which some of the drugs being suggested were used), as “a large proportion of those who become infected” are likely to die as a result of the disease anyway.

Some academics have come out strongly to defend existing protocols.

This week, ethicists from Carnegie Mellon and McGill universities, in the US and Canada respectively, argued that crises are no excuse for lowering scientific standards.

They called on the global research community “to resist treating the urgency of the current Covid-19 outbreak as grounds for making exceptions to rigorous research standards in pursuit of treatments and vaccines”.

Does BCG vaccine really protect SA from Covid-19? Here’s what we know

The director of the ethics unit at Carnegie Mellon, Alex John London, and his counterpart at McGill, Jonathan Kimmelman, have written a paper that was published online on Thursday in Science.

The paper provides recommendations for conducting clinical research during times of crises.

Many of the first studies out of the gate during the pandemic were “poorly designed”, not well justified and reported on in a “biased manner”, they said.

However, some academics have hailed the speed at which their community has responded to the crisis and begun trials that would normally have taken longer to get rubber stamped.

Earlier this month in The Lancet, a new group of researchers, from different institutions and called the Covid-19 Clinical Research Coalition, wrote a detailed letter in which they argued for expediting trials.

They said they were “encouraged” by the research community’s “vigorous response” and pointed out that by the last week of March, a review of clinical trial registries identified 536 relevant trials.

We’re at war with our mental health and it’s ...

More and more women are opting for home births under lockdown