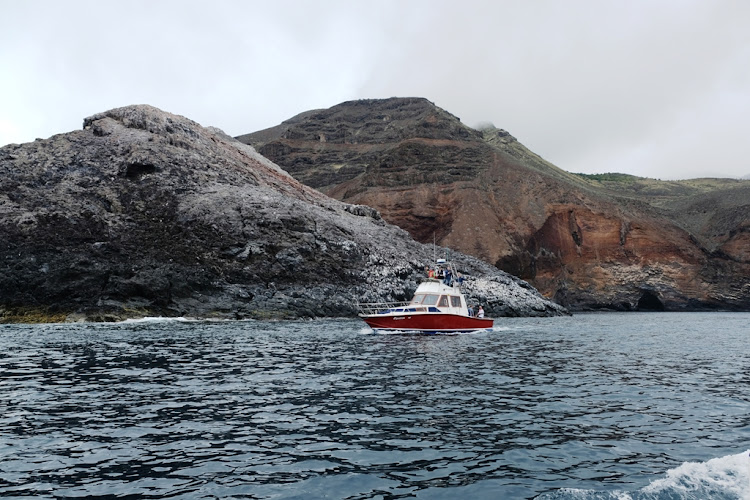 On the first day of her unplanned exile on the remote island of St Helena, American sailor Nicole Frisbie went to draw money at the local bank.

She joined the queue snaking along the pavement, then sneezed.

“I got a lot of looks,” said Frisbie, who had just completed a mandatory 14-day quarantine on a yacht moored in St James Bay.

St Helena has not reported any Covid-19 cases, but the government of the British self-governing territory, 2,000km off the coast of Africa, is taking the threat seriously.

The islanders, who call themselves “Saints”, have been instructed to practise social distancing and keep washing and sanitising their hands.

But while some business have closed and others are working reduced hours, it’s pretty much life as usual for the inhabitants of the remote South Atlantic island.

“It’s on everybody’s minds,” said Frisbie. “Some locals are a little more panicked. I don’t see anyone shaking hands.”

The Saints’ anxiety is justified. There are about 4,300 residents on the island, but until a relief flight landed on Monday, the local hospital had just two ventilators.

Serious medical cases are usually flown to SA for treatment, but with the airportclosed, that would require an expensive medical evacuation flight.

I’m in exile. But everybody’s going through the same thing.

Frisbie had signed on to work as crew for a yacht sailing from Walvis Bay in Namibia to the Caribbean. By the time the boat dropped anchor in St James Bay a few weeks later, the island was about to close its airport and go into lockdown.

While pondering whether to get the last Airlink flight out to Cape Town or carry on to the Caribbean, Frisbie, who needs ocean time on her yachting CV to get a blue water skipper’s licence, found the choice out of her hands.

Frisbie checked in to the Mantis St Helena and decided to wait out the pandemic in comfort.

She has good wifi to keep in touch, local restaurants are still open and if the locals were a little wary at first, they have rapidly become used to the sight of the American hiking up Diane’s Peak and visiting attractions such as Longwood, the house where deposed French emperor Napoleon Bonaparte spent his lonely exile.

She is the hotel’s only guest and one of only two in any of the Mantis Groups’ 30 properties around the world.

“That’s the highest occupancy of any of our hotels around the world,” said Mantis chairperson Adrian Gardiner. “There’s another guest in London, but that’s all.”

We will never turn anyone away. But we have to protect our population.

Frisbie’s yacht was one of 14 foreign boats moored in St James Bay, a larger number than usual, said Lawson Henry, councillor and chairperson of the island’s economic development committee.

Henry begged yachtsmen to stay away from the island while the global pandemic continued.

“We will never turn anyone away,” he said. “But we have to protect our population.”

Though the relief flight carrying 2.5 tons of medical equipment, including ventilators, and medical personnel arrived from the UK on Monday, Frisbie was not among the few passengers grabbing the last chance to be repatriated.

The island will remain home for the next two weeks while she waits for the travel ban to lift so she can head to the Mediterranean to find work.

“I’m in exile,” she said. “But everybody else is going through the same thing. And the people here are extremely nice and helpful.”

In “Voices from the Lockdown", South Africans here and overseas talk about coping with confinement and what they are missing most.

This island is coronavirus-free and determined to ...