Help floods in for family after story of lockdown misery opens ... 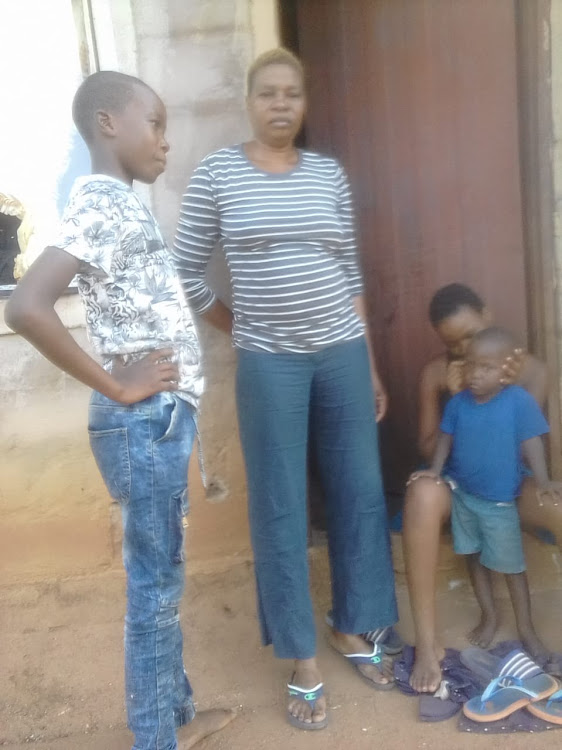 'Over the moon' A Mpumalanga farm worker who didn't know where her family’s next meal would come from during lockdown, can breathe easier.
Image: Mandla Khoza

A mother of three who has lost her income during the lockdown and whose children fished in a local river for food, has received food donated by South Africans who read about her plight.

A story about the predicament of Mpumalanga farm worker Agnes Shabangu was published by Sowetan and Times Select less than a week ago and since then pledges of help have streamed in.

Shabangu had said she wished her family would contract Covid-19 so they would be admitted to hospital and be guaranteed food every day.

“It was not easy. My children would go fishing at a nearby river, but after we had eaten that fish I would not sleep well thinking about what we would eat the following day,” the 45-year-old said.

Shabangu’s family usually survives on her R3,000 salary and food schemes at her children’s school. But the lockdown has meant no source of income or food.

Among those who contributed to the family is the Eric and Charmaine Mabuza Foundation, which has pledged R2,500 in grocery vouchers for two months.

The foundation, sponsored by Zamani Holdings, said they were “deeply touched” by Shabangu’s plight.

“What really touched us was that she even wished she could get infected with the virus so she and her children could be taken to a place of safety where they’ll receive food. That, to us, was a desperate call, and although we are in the process of rolling out a food relief drive in Mpumalanga, we thought it was necessary to act immediately and made contact with Ms Shabangu,” said Khensani Mabuza, corporate relations executive at Zamani Holdings. 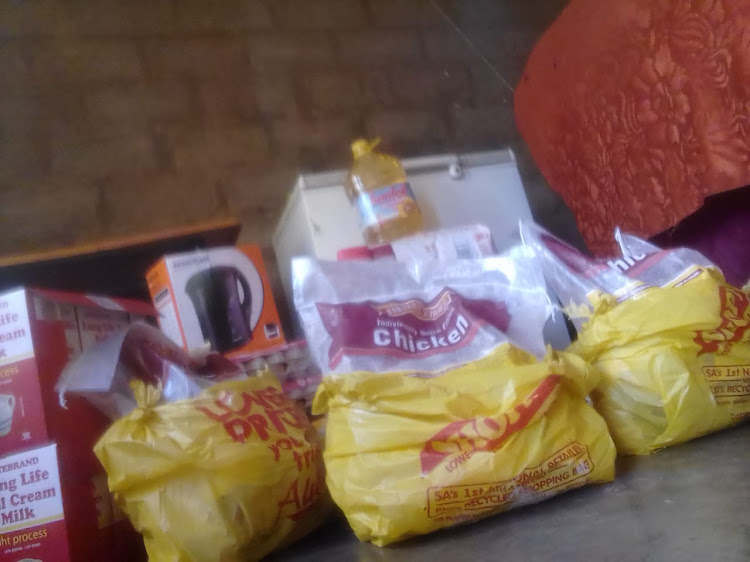 Shabangu said she was humbled by the support she had received.

“Good people still exist, I am really grateful. The support we have received will last us for a while,” she said.

A Sowetan reader who was also touched by the story, Thembelihle Shabangu (not related) – originally from Driekoppies near Ntunda village – sent R1,500 to Agnes’s sister.

Her sister then met the Sowetan reporter and groceries worth R1,000 were bought for the family. They were given the remaining R500 in cash.

“I read the story while on my way from buying my groceries,” said Thembelihle. “I thought I’m going to eat and I wasn’t happy that I have food while there is a mother and her children from where I come from who are suffering.

“That is why I decided to send money for her to buy food,” she said.

Joy was written all over Shabangu’s face when she received the food.

“I’m over the moon. Thanks to Sowetan for telling my story.

“My children and I were going to die of hunger. I was so frustrated and did not know what to do.

“I’m really thankful to the people who gave us all of this.”

The Eric and Charmaine Mabuza Foundation said it was deeply rooted in ubuntu and believed that charity begins at home. It has since committed to helping more families in Mpumalanga who have lost their income and are unable to work during the lockdown.

In partnership with the Penreach NGO, the foundation says it will support 3,500 families in Mpumalanga.

The Shabangu family is now also receiving assistance from the social development department.

SA’s ‘angels’ take flight to save the needy in ...

Show us the money: SA wants bold action from ...

Abused women, code words and emojis could save ...