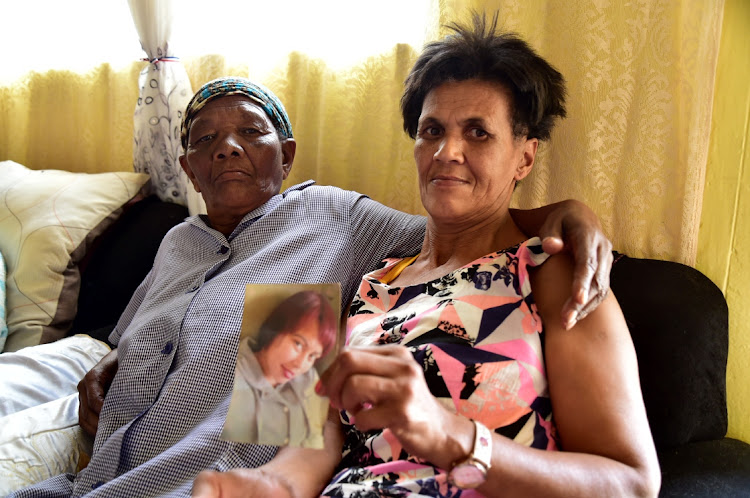 Robbed of life Mirlene Wilson was 26 when she was shot in the face and killed shortly before lockdown 2020. Her aunt, clutching her photo, is the face of grief worn by so many SA families devastated by gun homicides.
Image: Eugene Coetzee

The combination of alcohol and guns is a lethal cocktail for SA’s staggering homicide rates.

Now that lockdown has silenced gun-toting civilians, experts are wanting to take lessons learnt into our post-lockdown life, whenever that may be.

“Like Covid-19, gun violence is a public health epidemic: 23 people are shot and killed every day in SA. That is approximately 8,390 a year,” says Adele Kirsten, head of Gun Free South Africa, adding: “We need to take the lessons learned of an incredible government and civil society response to dealing with the threat posed by the Covid-19 pandemic to our lives.”

She said “mobilising massive state resources and using scientific evidence to guide interventions to slow down the transmission of gun violence and eradicate it” is paramount.

Police minister Bheki Cele announced that during the first week of lockdown, 94 murders were committed, compared with 326 in the corresponding week the previous year. Although data is not available, other statistics indicate that about half of those would be gun-related.

At Groote Schuur Hospital in Cape Town, the head of the trauma unit, Prof Andrew Nicol, went public on radio saying there had been a two-thirds reduction in admissions since lockdown.

For whom the school bell tolls: how lockdown eases kids’ fear

There are many negatives to school being shut, but for some it is a break from extreme violence in many forms
Ideas
11 months ago

Kirsten says her colleagues in crime-ridden places such as Atlantis near Cape Town report not hearing the usual gunshots at night over this period.

She adds that there is one aspect of pre-Covid-19 life she would like to see changed forever: “No guns in the home. Women and children must no longer be subjected to the threat of violence in their homes. Having a gun in the home increases the risk for intimate partner violence, femicide, accidental death and injury, and suicide.”

It is evident that Covid-19 as a “black swan” event is yet another milestone in the ongoing battle against how guns add to the burden of mortality and injury in the country.

In the late 1990s, gun homicides hit a shocking record high, with about 34 people shot dead every day.

According to Matzopoulos, 2000 marked the beginning of a decade during which “many new progressive laws” were promulgated in SA.

One of these was the Firearms Control Act, signed into law in 2001.

An injury and mortality study that informed the act showed the devastation guns were causing in the land: 45% of all injury-related deaths had been murders, and of those murders, just over half had been committed with a gun.

The act was augmented with intelligence operations, search-and-seizures and a generally more coordinated response.

But then, on the eve of the 2010 World Cup, everything changed when the police minister ordered the backlog of gun ownership applications and renewals to be cleared. More than a million applications were expedited, and “nine wasted years” ensued, according to Matzopoulous’s research.

In addition, in the Western Cape “firearms [that had been handed in and were] marked for destruction were fraudulently issued to Cape Town criminals by corrupt police officials and gun dealerships”.

This resulted in more than 2,400 firearms being sold to criminal syndicates between 2007 and 2014, and might also account for the increase in firearm mortality becoming apparent earlier in the Western Cape, according to the research.

It’s possible that the lockdown could present another milestone, although it is unknown how this could play out when restrictions are relaxed or lifted completely.

Trump’s WHO tantrum ‘will kill people’ – and especially in Africa