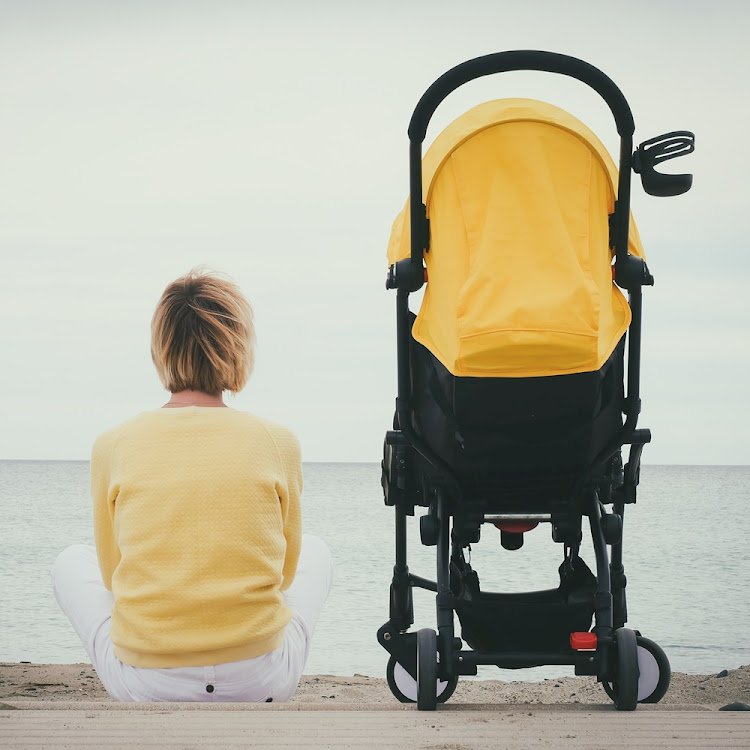 Corona conundrum A desperate Umhlanga couple, expecting their biological child by a surrogate, was forced to turn to the courts so they could witness her first breaths.
Image: 123RF/Dmitry Zimin

A desperate Umhlanga couple – expecting the birth of their biological child by a surrogate mother in Johannesburg this week – was forced to turn to the courts to ease travel restrictions, allowing them to witness their daughter’s first breaths.

The Durban High Court ruled on Monday that the pair be exempt from inter-province movement restrictions, imposed as part of the six-week national lockdown to curb the spread of Covid-19.

Moreover, they would be allowed to care for the baby and transport her back to Durban without facing arrest at a roadblock.

The couple had found themselves locked in a legislative grey area, with regulations hastily drawn up by the department of cooperative governance not catering for their unusual circumstances, meaning neither the police nor a magistrate would issue them with travel permits.

But their attorney, Ian King, said the couple’s situation was so special that even if lawmakers had had all the time in the world to craft regulations, it would likely have not been foreseen.

To protect the unborn child’s identity the couple has not been named.

“I can breathe easily now again,” the expectant father told Times Select in the wake of the ruling.

Ouma god! Judge has mercy on gran stuck with kids in lockdown hell

“The sense of relief is unbelievable. It has been such a stressful few weeks. Since the lockdown was announced we have been worried about what this meant for us,” he said.

“To have permission to travel is everything to us. The weight is off our shoulders and we’re so excited to make the journey to Joburg to meet our baby.”

According to papers before the court, the couple had tried in vain to have a child for six years and had turned to a surrogate mother in the latter part of 2018 who would carry one the woman’s eggs which had been fertilised by the man.

The parents and the woman had concluded a surrogate motherhood agreement, which was then made an order of the court, stripping the woman of any claim she might have to the baby.

This meant that if the parents were not there when the umbilical cord was cut, the baby would ostensibly have been orphaned, the man said.

“If we are not granted an exemption we will not be able to take the child into our care,” the man wrote in his affidavit.

“Should our newborn baby have to stay on in the hospital without us, she will have to be cared for by the nurses, a needless waste of precious hospital resources at a critical time in our country’s history.

“Care for a newborn baby in the first few days and weeks of its life is absolutely critical for the physical health of the child, its emotional health and wellbeing, and to secure the bond between us as parents and our child.”

“As parents who have been unable to bond with our child during pregnancy, it is going to be a cherished time, not only to meet our baby but also take care of her in her first few weeks of life. To deny us this would not be in her [the baby’s] best interests,” he wrote in court papers.

At the start of the lockdown social development minister Lindiwe Zulu published a directive prohibiting the movement of children between households.

This directive was later amended, making an exception for children who lived between two parents and were the subject of court orders or formalised parenting agreements.

Still, this had little effect on the expecting parents, who were pushed from pillar to post while trying to get a permit.

King added that in terms of the regulations the police and magistrate had little option but to refuse their pleas.

“The regulations have been drawn up in haste and there are regular amendments, but I would imagine that even if more time and consideration had been given to drawing these up, this situation is so unique and I doubt very much that anyone could have conceived a scenario like this arising,” he said.

“When we first spoke, one of the suggestions was that he just take a chance and drive to Joburg armed with the original court [document] which declares him and his wife as the biological parents, but the problem is that they would face arrest if they encountered an officious policeman at a roadblock,” he added.

The only option, King said, was to secure a high court order.

“The child is actually biologically theirs, and the existing regulations allow for children to travel from one parent to another, but the surrogate is not a parent at all. It’s a difficult situation,” King added.

The court ordered that the couple be exempt from travel restrictions, and further made a provision that they could remain at the hospital for as long as was needed for the baby to be discharged.

“This order shall dispense with any need to obtain a travel permit,” it said.

Lockdown is no silver bullet, but shows life ...

The people are chooketh! But they still can’t have hot lockdown nosh