NPO threatens legal action against the government over ban on alcohol, cigarettes and precooked food sales 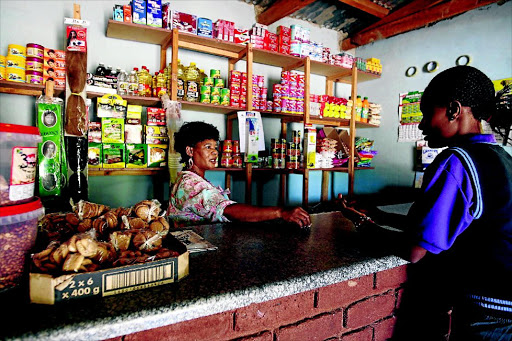 Where it hurts Critics say lockdown restrictions will put small, medium and informal traders 'out of business'.
Image: Simon Mathebula

Cooked chicken could soon give the  government an unexpected headache – possibly a lawsuit.

When trade and industry minister Ebrahim Patel announced last week that cooked, hot meals from delis, supermarkets or small businesses – which are either collected in-store or delivered – were not allowed under lockdown legislation, hackles were immediately raised.

It’s not only about chicken, of course, but it seems that feathers could soon fly.

The non-profit Sakeliga (Afrikaans for “business league”) has said that unless the minister responds to a letter by Monday April 20, explaining why he is operating outside the law, they will go to court.

“We’ve already gone to senior counsel. Minister Patel is operating ultra virae on many fronts. We have a very strong case. We’re not making a case against the regulations ... we’re saying he is operating outside the bounds of his powers,” said Sakeliga chief executive Piet le Roux.

“If he doesn’t respond it’s quite possible we’ll approach the court to interdict Patel from operating outside the bounds of the regulations.”

The DA also indicated it was taking legal advice on the matter.

However, this is not the only legal action that could hit the government this week.

After it was announced that lockdown rules would not be relaxed to allow the sale of cigarettes and alcohol – with health minister Dr Zweli Mkhize saying on Saturday night that neither vice was “helpful” in fighting Covid-19 – the Fair-Trade Independent Tobacco Association (Fita) said on Friday it was pursuing a legal remedy to have the ban on the sale of cigarettes lifted.

[Trade and industry minister Ebrahim Patel is] outside the bounds of his powers, and wreaking havoc at a time when he simply cannot afford to.

The organisation’s chairperson, Sinenhlanhla Mnguni, said they had been consulting with lawyers and “have come to the decision to approach the courts for the appropriate relief vis-à-vis the ban on the sale of cigarettes”.

“The uncertainty around the current restrictions and whether or not the lockdown period would be extended beyond the current end date left us with little choice but to take such a drastic step. We tried long and hard to engage with government on this issue but our pleas, rather unfortunately, fell on deaf ears,” Mnguni said.

He said their request was that government allow – at the least – the distribution and sale of cigarettes at retail stores, spaza shops and filling stations, where people are currently allowed to buy goods classified as essential.

“This would give the economy a much-needed boost and avoid a situation where our citizens, out of desperation, contravene the regulations of the lockdown en masse,” Mnguni said.

On top of this, the Gauteng Liquor Forum has demanded to know by Thursday whether the current lockdown will be extended, how much longer it will last, and whether the government will extend financial assistance to unregistered shebeens.

It was reacting to a letter the day before from the State Attorney, in which its request for a relaxation of alcohol sale laws was emphatically denied.

In response, Eric Mabuza, the forum’s lawyer, told the State Attorney: “Needless to say, if there are no satisfactory responses – and more particularly if our clients’ fears of a lockdown extension prove to be well founded – then [the forum] reserves the right to approach the court on an urgent basis without any further written notification to yourselves or the presidency.”

Presidency spokesperson Khusela Diko did not respond to questions on Sunday morning about the legal challenges, nor the liquor forum’s demand.

Patel's spokesman Sidwell Medupe said on Sunday that he was not able to respond to queries on the Sakeliga matter. “We would only be in a position to share the response with the media as soon as the minister has formally responded to Sakeliga,” he said.

Le Roux told Times Select that while the organisation understood the government’s desire to protect public health, there was “no reason” for some of the restrictions. In particular, banning the sale of cooked food didn’t made sense.

“There are bounds of law to dictate how food is done. It’s not in the regulations, what he [Patel] says ... it cannot even be read into it [the regulations] because all food is prepared or cooked in some way. Everything in the shop has been prepared in some way,” he said.

Instead, Le Roux said, the pronouncement by Patel would put small, medium and informal traders “out of business”.

“He’s outside the bounds of his powers, and wreaking havoc at a time when he simply cannot afford to,” he said.

Le Roux said it was understandable that one didn’t want people congregating at restaurants, but a total ban on takeaways and deliveries “doesn’t make sense”.

“There’s no [health] risk in what they are trying to prohibit. The risk is that you are putting people out of business, pushing up prices and decreasing availability of food.

“It’s not illegal. Minister Patel has decided it’s illegal. But in no regulation has this been promulgated,” he said.

Lifting the ban on cigs and booze sales is, ...

Some of the more illogical lockdown laws need a ...

SA could easily feed its poor. Instead we have a corona food-aid racket