St Helena’s isolation has been its saviour, but it is refusing to be complacent in the face of the pandemic 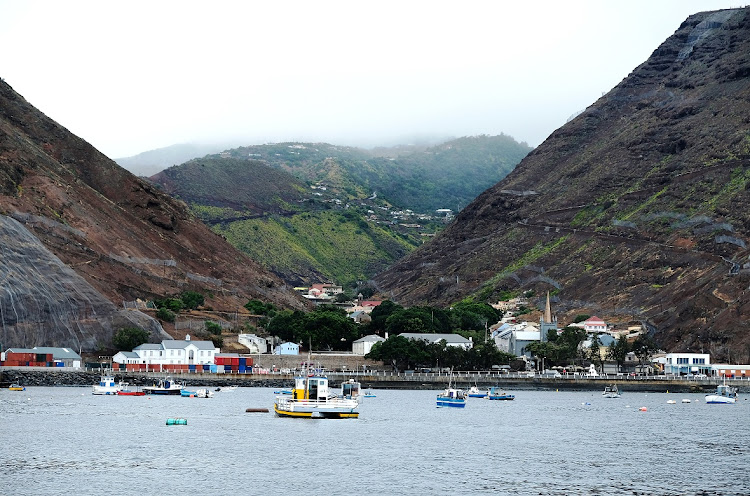 cliffhanger A view of Jamestown, St Helena, from the bay. The island is taking strict measures to prevent coronavirus from arriving.
Image: Paul Ash

If St Helena island’s remoteness has put the brakes on its development before, its 4,300 residents are happy about it now.

To date the British self-governing territory,  2,000km off the coast of Namibia, has escaped the coronavirus pandemic, and the St Helena government hopes to keep it that way.

There are about 35 people per square kilometre on the island.

“Our isolation has, for once, helped us,” said Lawson Henry, councillor and chairperson of the island’s economic development committee. “But we should not be taking that for granted.”

Henry said he and the islanders would be happier when testing kits arrived from the UK.

“Testing will really give people the confidence,” he said.

The vital kits are due to arrive on a special charter flight on April 20 that will also bring extra medical staff and equipment such as ventilators.

The medical staff will be based at an isolation centre built at Bradley’s Camp, which previously housed the workers who built the airport.

Henry said St Helena was in the “prevent” phase of its three-stage plan to protect the island from the virus. The next stages are to contain the spread and then limit the number of serious cases.

The first stage involved 14 days of quarantine for the passengers who arrived on the last Airlink flight from SA on March 21.

The airport was closed to commercial traffic, as was the seaport, except for the supply vessel MV Helena, the island’s crucial lifeline to the outside world.

With just one hospital, two ventilators and an ageing population, the governor’s anxiety is justified.

Schools were closed, shops cut trading hours and restricted the number of people inside at any time, and the island’s inhabitants – who call themselves Saints – learnt the finer points of social distancing.

The cautious approach has paid off so far. Two people who displayed flu-like symptoms were placed under strict quarantine while the authorities traced anyone they had had contact with.

In a letter to the inhabitants, governor Dr Philip Rushbrook said contact tracing had led to further people being asked to self-isolate.

With just one hospital, two ventilators and an ageing population, the governor’s anxiety is justified.

Serious medical cases are usually flown to SA for treatment, but with the island’s airport now closed to commercial traffic, that would require an expensive flight.

Almost everything St Helena needs, from food to car parts to medicine, comes on the MV Helena, the supply ship that calls once a month.

The ship is currently en route to Ascension Island 1,300km away to fetch a quarter-ton of protective equipment sent by the British government to its military base there.

The ship will make a brief call to offload the equipment before setting course for Cape Town.

“We are hoping she will be able to pick up the next load of cargo,” said Henry. “That’s our only route to get provisions.”

If the situation in SA prevents the ship from loading, the short-term prospects for the island are not pleasant.

Emergency legislation has been enacted to allow the government to implement rationing if the ship is not allowed to leave Cape Town.

Meanwhile, life on the island continues at its slow pace with people going about their daily business – while keeping 2m apart from each other.

The Mantis St Helena hotel is serving takeaways to the islanders and its restaurant remains open.

While he felt safe on the island, he was concerned about his wife and two daughters in Johannesburg.

“There’s no way to get to SA. The MV Helena doesn’t take passengers at the moment and there are no flights,” he said. “I feel safe but isolated at the same time.”

There is currently just one guest staying in the 26-room hotel, an American sailor who abandoned ship when she and her sailing partner arrived in St James Bay.

“That’s the highest occupancy of any our hotels around the world,” said Mantis chairperson Adrian Gardiner.

While St Helena has traditionally welcomed seafarers, Henry was alarmed at the growing number of yachts dropping anchor in St James Bay, and appealed to yachtsmen to stay away from the island until the pandemic is over – please.

“We will never turn anyone away. But we have to protect our population.”

This hero refuses to abandon the orphans in the ...

Ahead of the curve: why South Korea is winning ...

The next pandemic is a beast lying in wait, warn ...

Some of the more illogical lockdown laws need a rethink