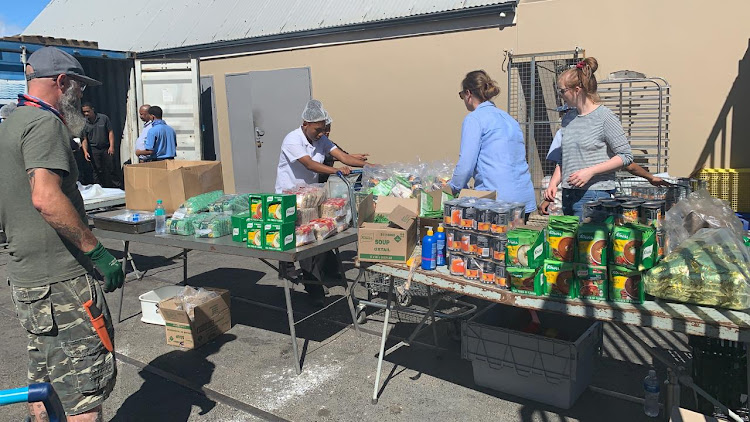 Ubuntu in action Some of the volunteers in Franschhoek are packing up food that is meant to help the less fortunate families in the Boland region.
Image: Supplied

Since SA went into lockdown, many have supported the drastic measure to flatten the curve of Covid-19’s spread, but when you are destitute and cannot put food on the table it can easily feel like prison.

But Good Samaritans in some of the Western Cape’s outlying areas, such as the Boland, are making the lives of the province’s less fortunate a little bit more bearable by making sure that they have food in their stomachs.

One of those organisations is Franschhoek Disaster Management, supported by residents, local chefs, nonprofit organisations and the Stellenbosch municipality to establish a food unit. The food unit, which often assists displaced families during times of disaster, has now turned its focus to those suffering during lockdown.

Together with a group of Franschhoek’s legendary chefs, including Chris Erasmus of Foliage restaurant, the unit aims to feed 4,000 households during the lockdown.

Luckily for SA, we can heed what other nations have done to halt the virus

From tech solutions to business grants, South Korea, China and others appear to have winning strategies
Ideas
1 year ago

Ashley Bauer, who heads the disaster-management group, said about 1,000 families from farming communities such as Mooiwater, Franschhoek Village, Upper Farms, Groendal, Lower Farms and Langrug had received nonperishable food parcels, while 1,200 people received hot meals through a local soup kitchen and meals prepared by Erasmus and his team.

“The community response has been overwhelming from the volunteers to the individual households in need,” said Bauer.

“The initial households have been identified as those who are in dire need of these supplies. This includes households with elderly, disabled and small children. The main objective of the unit is to keep residents at home and, in doing so, do their bit to flatten the curve.”

A carefully coordinated plan has been put in place to ensure that during the week food parcels consisting of the basic essentials such as sugar, salt and oil delivered to the identified families. The food parcels are enough to feed a family of six.

Meanwhile the Greyton Red Cross has been leading the relief efforts supplying food to more than 1,000 desperate families in the Overberg region, including communities of Bereaville, Voorstekraal, Heuwelkroon and Greyton – who have no income, pensions or social grants. Many who relied on casual or irregular work, and daily or weekly wages, are also left without money and food and depend on the charity of others. 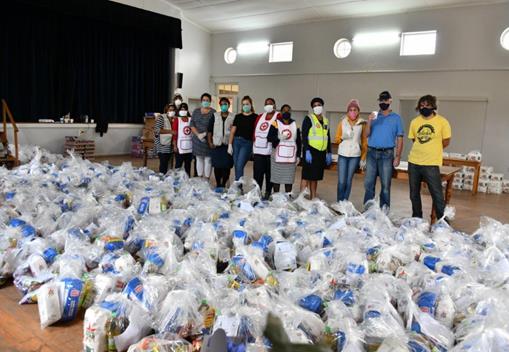 Selfless Some of the volunteers that work for Greyton Red Cross are ready to deliver food parcels that are destined for the destitute during the lockdown.
Image: Supplied

A committee representing major charitable and relief organisations in the area has been holding daily online and telephonic meetings to deal with this emergency. An appeal to residents for cash donations resulted in more than R100,000 raised. The committee said it would need about R70,000 per week to buy food for families on their list.

To donate towards the causes you can deposit money to the Greyton Red Cross account number, 185282245 (Standard Bank), and you can reference: 1010Covid19. For overseas donations only, use the swift code, SBZAZAJJ, and you can send proof of payment to grroinfo@gmail.com

Saffers in the UK, US take on lockdown away from ...