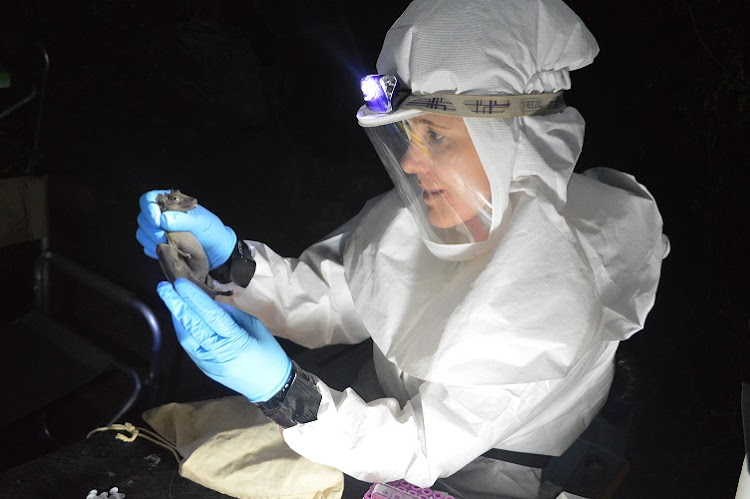 Take cover Prof Wanda Markotter, head of the Centre for Viral Zoonoses at the University of Pretoria, holds an Egyptian fruit bat while taking samples in the Mahune cave in Limpopo.
Image: Supplied

While money is being poured into developing a Covid-19 vaccine, experts say a huge research effort is needed to head off future pandemics driven by animal-borne viruses. 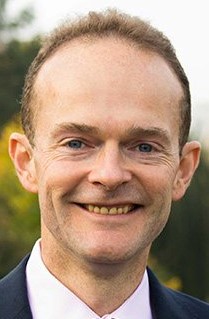 “No one knows how many infections circulate in wildlife populations or under what circumstances they could create the next human pandemic,” said Zoological Society of London director Dominic Jermey.

According to the National Institutes of Health in the US, 16% of deaths worldwide are caused by infectious diseases, up to 60% of which are zoonotic, meaning they originate in animals.

In SA, the main threat comes from people travelling into the country, but poor food security makes other African countries more vulnerable.

Prof Wanda Markotter, head of the Centre for Viral Zoonoses at the University of Pretoria, told Times Select: “We are not under so much pressure in terms of food in SA, but in other African countries more bushmeat is eaten.

“That means more contact with wildlife and more chance of a zoonotic disease. Viruses do exist here in the animal population, but we don’t see them spilling over into the human population.”

Ebola and Marburg, both of which cause severe haemorrhaging, were well-known examples of zoonoses endemic in other parts of Africa, said Markotter. The best-known zoonotic disease in SA was rabies, “but that is caused by domestic dogs and not wild animals”. 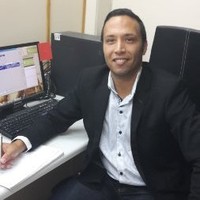 A 2018 study on zoonoses in SA, led by clinical virologist Howard Newman from the University of Stellenbosch, found that “because of the ease of international travel, the threat of imported cases of zoonoses always exists”.

So is it possible to predict the next such pandemic? “If we know the risk factors for zoonotic virus spill-over, we can put in place safety measures,” said Jermey.

Even before Covid-19 struck, some researchers were developing a model to anticipate the next zoonotic pandemic, while others say it’s an impossible task.

In 2018, researchers at the University of Georgia had developed a model they hoped would predict which of the viruses that could jump from animals to people could also be transmitted from person to person.

The study, published in PLOS One, identified several viruses that were not yet known to spread among humans but that had the potential to do so. This could help with an early warning system.

The team identified several traits that were most common among viruses already known to spread among humans. Those traits, they said, were “indicative of the virus’s ability to survive in different environments and to evolve”.

But despite the model’s potential to fortify us for the future, nobody predicted a novel coronavirus pandemic. Research in 2012 at Columbia University in the US found that “despite the enormous impact on global public health, no zoonotic pandemic has ever been successfully predicted before infecting human beings”.

Lead author Prof Stephen Morse said at the time: “There is no question of whether we will have another zoonotic pandemic. The question is merely when, and where, the next pandemic will emerge.”

Those questions are now being answered in real time.

At least coronavirus has done one good thing – it ...

No, coronavirus is not biological warfare, say ...

SA pathologist is taken back in time by novel ...

Airborne killer: the virus behind the next ...

Peace for rhinos as lockdown keeps poachers away – for now