Lockdown has hit local airlines and tourist trains hard, but they’re ready to hit the ground running when it ends 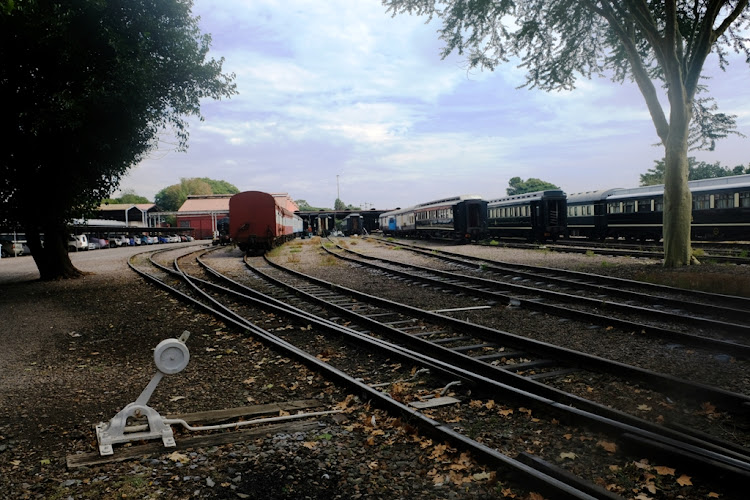 At a travel trade show in Dubai in late January, nervous tour operators were talking about the strange, flu-like illness that had shut down a city of 14 million people in China and was spreading like wildfire across Iran and southern Europe.

Rovos Rail chief operating officer Tiffany Vos-Thane was at the show and what she heard was not good.

On her return to the luxury tour train operator’s HQ in Pretoria, Vos-Thane immediately introduced a full safety protocol for the company’s train crews, workshop and office staff – and its clients.

“On our first trains in early March, guests chuckled at us,” she said.

Less than a month later her caution was proven correct as Rovos Rail halted operations. The staff said a temporary goodbye to the geese, chickens and dogs that roam free at the park-like depot and went home to wait out the 21-day lockdown.

“The site is now dead,” said Vos-Thane. “Our security company is protecting it and looking after our animals.”

Vos-Thane planned to spend the weeks ahead working on new operating and reservations systems. She hopes the lockdown will end on April 21 – the first trains are booked to run a week later.

The site is now dead ... Our security company is protecting it and looking after our animals.

Meanwhile, Rovos has implemented a temporary cancellations policy through which guests whose trips are cancelled within a certain period can either ask for a full refund or book without penalty on a later trip.

The shutdown is yet another blow for the company whose train service has been repeatedly hampered by a mix of cable theft, load-shedding and intransigence from state rail operator Transnet.

But Rovos is not suffering alone as the coronavirus batters SA’s tourism industry.

Transnet has also halted its luxury Blue Train until at least April 30, and local cruise operator MSC Cruises cancelled the rest of its SA season, which would have ended at the end of April.

Local airlines brought their aircraft back to their home airports and mothballed them.

“We are literally shutting down and everybody is going home on leave,” said Flysafair spokesperson Kirby Gordon.

“The aircraft are all sleeping at their home bases tonight. It’s quite a thing to see,” he said.

The aircraft are all sleeping at their home bases tonight. It’s quite a thing to see.

Meanwhile, the airline’s only departments still operating are its airport security and maintenance of critical IT systems.

Gordon said Flysafair’s “wake-up plan” would see the airline ready to resume flights on April 20 as long as the lockdown was not extended.

“We will definitely be ready to go,” he said.

Airlink also brought most of its planes back to OR Tambo International Airport before the lockdown.

The airline would run two four-hour flight simulator training sessions to ensure its crews remained current, and it had a schedule for flights to restart on April 20.

While the government had asked Airlink to be on standby to carry essential freight if needed, Foster noted that the market had “evaporated overnight”.

The airline would use the lockdown time to move its booking system forward to ensure it was generating all its own bookings by the time operations resume.

Previously, as a feeder airline for SAA, Airlink had relied on the national carrier to be its revenue collector.

The staff said a temporary goodbye to the geese, chickens and dogs that roam free at the park-like depot and went home to wait out the 21-day lockdown.

With SAA under business rescue and SA Express heading into liquidation, it was essential that Airlink’s booking system operated independently, Foster said.

Foster was concerned how long the market would take to recover. “Every airline in the world is affected.”

From 9/11 to the Gulf War to the 2008 financial crisis, the airline business is no stranger to big shocks.

“I’ve seen markets collapse before,” said Foster. “But this is 1,000 times more significant.”

The big question for both airlines and the travel industry generally was what the “new normal” would be.

Ramaphosa’s response to Covid-19 gets a huge ...

Airlines, travel agents wing it to cope with the ...

The Vaal is going to pong for a good while yet

Mbak in time: even in a disaster we get a Fiks of our old bungling ways