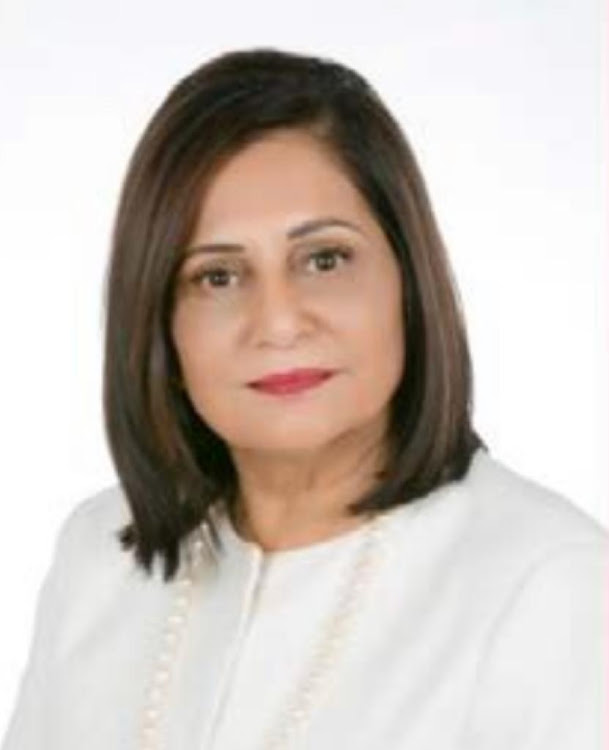 Acclaimed scientist, academic and women’s rights campaigner Prof Gita Ramjee died in a Durban hospital of Covid-19 complications on Tuesday, and the news was met with dismay from around the world.

A family member, who asked not to be named, confirmed Ramjee’s death following complications arising from asthma and pneumonia and that she had been cremated. He said her husband Praveen, a well-known pharmacist, was “lost” following her death.

At the time of her death, Ramjee worked at healthcare organisation Aurum Institute, which is regarded as a global authority on HIV and TB prevention and eradication.

In a statement Prof Gavin Churchyard, Aurum Institute group CEO, said: “The Aurum Institute and the global HIV research community will mourn Gita Ramjee’s passing and celebrate the huge contribution to the response to HIV she made in her life.

“Gita firmly believed in health as a fundamental human right. Her groundbreaking research in HIV prevention contributed to the global response to HIV and Aids. Our thoughts during this difficult time are with her family, colleagues and the many people her life and work touched.”

Gutted. A kind person, a stellar vaccine scientist, a "towering HIV prevention research leader," someone who dedicated her life to ending the HIV pandemic, has died of Covid-19. Prof. Gita Ramjee was Chief Specialist Scientist + Director of the South African Medical Research... pic.twitter.com/SNiACexmSq

Her death was mourned by former colleagues, including Prof Glenda Gray at the SA Medical Research Council (SAMRC), where she worked as chief specialist scientist and director of the HIV Prevention Research Unit at the SAMRC.

Gray issued a memo to staff of the “tragic passing of Prof Gita Ramjee in hospital.”

Leading SA clinical infectious disease epidemiologist Prof Salim Abdool Karim, who took Ramjee under his wing at the SAMRC, said he was “devastated” by her death.

“She was a leading Aids researcher who was the epitome of a professional. Gita reflected the kind of commitment which saw her rise through the ranks to her international acclaim.”

He said he wanted to visit her in hospital on Monday but was told by staff she was in isolation and couldn’t receive visitors.

The University of KwaZulu-Natal also issued a communique to staff and students informing them of the death of their former colleague after travelling abroad.

She was acclaimed in the field of HIV prevention clinical trials and was acknowledged internationally for her expertise in the field of microbicide research, including a Lifetime Achievement Award for HIV Prevention.

In 2018 she was honoured with the Outstanding Female Scientist Award by the European Development Clinical Trials (EDCTP) for her work focusing on finding new HIV prevention methods.

• A 45-year-old teacher has also died in KwaZulu-Natal as a result of Covid-19. The department of basic education said the teacher from Platt Drive Primary School in Isipingo died on Tuesday after testing positive several days before. Another teacher from the same school has also tested positive. Basic education minister Angie Motshekga said she was devastated at the loss of the teacher: “Losing teachers at a time like this is particularly hard when they are instrumental in ensuring that learning and teaching continues during the time of the lockdown. We will make sure that families and colleagues will receive counselling.”

Aids-fighting 'rock star' fights on to the last ...

Grills and boys come out to play (and eat like ...

The poshest of French nosh washes up in sleepy KZN

Virus victim was a talented ad man, writer and artist who loved God