Give us this day our daily hand sanitiser made from bread

Give us this day our daily hand sanitiser made from bread

Stellies’ food department made 18 litres of sanitiser just before lockdown last Thursday. And from what? Stale bread 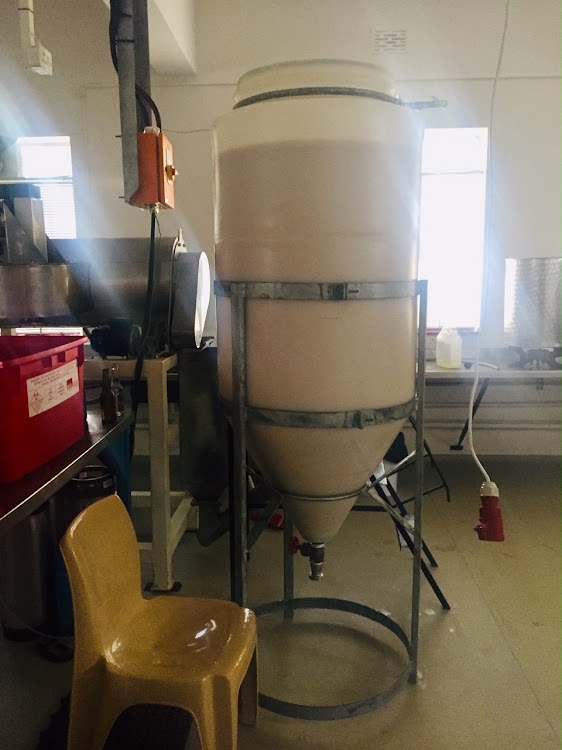 A TANK FULL OF IDEAS The stale bread is in the process of producing alcohol in a fermentation tank in Stellenbosch University’s food science department.
Image: Wendy Knowler

Not many people would look at a bag of stale bread and think: “I could make hand sanitiser out of that,” but that’s exactly what scientists at Stellenbosch University’s food science department have done.

And they managed to produce their first batch of 18 litres on Thursday morning, hours before lockdown.

Dr Stefan Hayward, a postdoctoral fellow, told Times Select that because his research group was passionate about reducing and using food waste, it was a perfect project for this extraordinary Covid-19 time, when an unprecedented demand for hand sanitiser has led to a critical shortage.

Getting hold of the ethanol (alcohol) needed to make an effective hand sanitiser is the biggest challenge now.

Getting hold of the ethanol (alcohol) needed to make an effective hand sanitiser is the biggest challenge now.

So what the scientists did was make their own from unsold bread that had been returned by supermarkets to a bread producer’s distribution centre as it reached its best-before date.

“Our aims are twofold,” Hayward said. “To increase the value of a traditional waste stream by turning it into a product useful in several antiseptic formulations, and applying scientific principles and knowledge in an effort to assist the public in facing the challenges which lie ahead.”

To that bread the scientists added hot water and an enzyme to break down the starch to sugar in the department’s fermentation tank.

When that cooled, they added a specialised yeast strain to ferment the sugar to alcohol, and a week later they were able to distil off the alcohol.

About 60kg of bread was used in that first batch, producing 10.5 litres of 95% volume ethanol, and ultimately 18.2 litres of hand sanitiser.

So bread that was destined to be wasted, or at best added to animal feed, instead became an antiseptic product desperately needed to curb the spread of a pandemic. 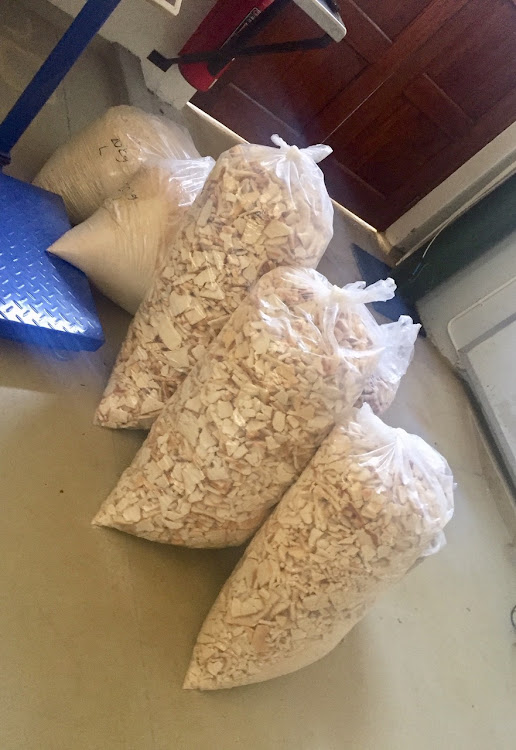 FROM STALE TO ALE The starting point for the novel food sanitiser – bags of stale bread.
Image: Wendy Knowler

It’s also a wonderful contribution to a global move to halt food waste – about a third of all food produced is wasted, for a variety of reasons.

Most initiatives involve ensuring food that would otherwise end up in landfill makes its way into people’s stomachs instead – such as Cape Town-based company FoodForward SA, which takes almost-expired food donated by retailers and food manufacturers – the big supermarket groups, along with the likes of Clover, Albany, Nestle, Kellogg and RCL Foods – and distributes it to 250,000 food-insecure people every month via 600 beneficiary organisations.

The beneficiaries of this first sanitiser-from-bread batch will be the university’s staff and students – the university has not entirely shut down during lockdown – their affiliates and ultimately the local community.

The bread scraps had been provided to the food science department’s lab by a major bread producer – via the department’s industry partner, Innovative Research Solutions (IRS) – as part of a project focused on the conversion of bread waste into functional ingredients useful in the formulation of new products.

“Luckily we are able to get a considerable amount of this waste stream – about 100kg at a time – from IRS as a research partner,” Hayward said.

Food science department head Prof Gunnar Sigge said the department was hoping to continue producing ethanol from bread waste after the pandemic, “as it is not only a useful demonstration of fermentation and distilling science, but could also be a cost-saving exercise”.

“Ethanol (70%) is routinely used to sterilise surfaces and work areas when doing food microbiology, so the ethanol produced by the bread fermentation and distillation process could be used for this purpose.

“We’ve already seen beer being brewed from bread waste, and now we have hand sanitiser, so I’m looking forward to more innovative products from the brewing and distilling group.”

In the time of the virus, are you still entitled ...

Pizza maestro boxes clever in valley of a thousand ills

Don’t let lockdown consume you: 10 tips to keep you going