Help me get home to my sick child, pleads SA mom stuck in Angola

Help me get home to my sick child, pleads SA mom stuck in Angola

She was on a business trip when suddenly Angola banned flights. So far, SA authorities have been silent 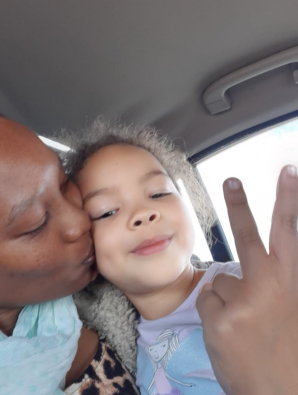 A Cape Town mom stuck in locked-down Angola is desperate to return home to her five-year-old daughter and has appealed to SA authorities to come to her aid.

Berverly Paly, 37, was one of at least 250 South Africans believed to be trapped in the oil-rich central African country after its government slapped a ban on flights abroad last week.

At least 29 South Africans were also stranded in Morocco, according to an unofficial spokesperson for the group, as countries across the globe moved to contain the coronavirus pandemic.

Government gets down to business as lockdown looms

These were in addition to about 120 people who were aboard two Italian cruise ships in the Mediterranean, who this week have been receiving help to come home.

Paly spoke to Times Select on Tuesday from the capital, Luanda, appealing for officials to clear the way for a commercial flight out of Angola, or failing that, to arrange safe passage overland for her and others through Namibia.

The Brackenfell woman said she had not seen her daughter, Ariella, since leaving for Angola on a business trip on March 1.

The Grade R child has been ill, and is desperate to be reunited with her mother.

“Every day I have to speak to my daughter [by phone] and explain to her why I cannot come home. My daughter is sick, and I need to get home to my daughter,” she said.

My daughter is sick and I need to get home to my daughter.

Paly, an entrepreneur in the agriculture sector, said she had wrapped up business in Luanda and on Tuesday last week bought a ticket home.

She was due to depart on state-owned TAAG Angola Airlines flight on Friday morning, when Angolan President João Lourenço announced a moratorium on flights to and from the country, effective from last Wednesday.

The ban remains in force for 15 days, with the possibility of an extension.

In Cape Town, Paly’s husband, Sergei Paly, 42, has relied on his in-laws to help look after the couple’s daughter while he works as a restaurant manager.

“My wife and daughter have a strong bond. She is stressed. I have to come up with a story and give her a toy every day and say it’s from her mother. She is crying every day. She is asking [on video phone]: ‘Mama, when are you coming?’” the Ukraine-born SA citizen said.

He called for determined action by Dirco (the department of international relations and cooperation) and embassy officials, likening them to soldiers who would always be unproven in peacetime, but must “show up and shine” during war.

Times Select’s calls to Dirco went unanswered and there was no response to detailed questions sent to Chris Chetty, director in its consular services directorate.

Calls to TAAG’s SA offices would not go through.

‘Absolutely the right thing to do’: Cyril’s ...

Eskom should be able to keep our lockdown lights on: Mantashe

No dog walking, and don’t you dare booze, warns Cele